Crewe Alexandra face Shrewsbury Town in the final group game of this season's Checkatrade Trophy in the knowledge that only a victory inside 90 minutes will be enough to progress.

Manchester City Under 21s have played all three of their games & are definitely through on seven points, whilst Tranmere Rovers are definitely out on zero points.

That leaves Crewe & the Shrews to fight it out for the final qualifying spot from Northern Group D this evening, with the Alex currently on three points & the Shrews on five.

A draw & subsequent penalty shoot-out win would not be enough for Crewe to progress as The Alex would then end of five points, whilst Town would have six.

Crewe: The Alex could shake things up after Saturday's 1-0 FA Cup loss to Carlisle became the third defeat in a row - all without scoring.

After first round defeats now in both the FA & Carabao cups, Manager Dave Artell will be desperate to secure progression to the latter stages ofthe Checkatrade Trophy in order to build some momentum into the Alex's season.

Paul Green remains absent, but the rest of the regular first team squad members are thought to be available for selection including Ryan Wintle, who was omitted from Saturday's squad altogether, but could now come back into the reckoning.

Shrewsbury: The Shrews come into the contest as somewhat of an unknown quantity after the parted company with Manager John Askey yesterday.

Caretaker Boss Danny Coyne has taken the reins for the Checkatrade contest.

The Shrews could ring the changes having only played Salford City in the FA Cup on Sunday - just two days before this fixture.

Factor that in with the Shrews' not so hot league form, and a replay with Salford on Wednesday week after Sunday's game ended 1-1.

Live Text Updates: Follow @crewealexfc on Twitter for regular in game updates from an hour before KO when the team news drops, right through to the full-time whistle & beyond. Join in the discussion by using #CreweAlex on your own tweets. 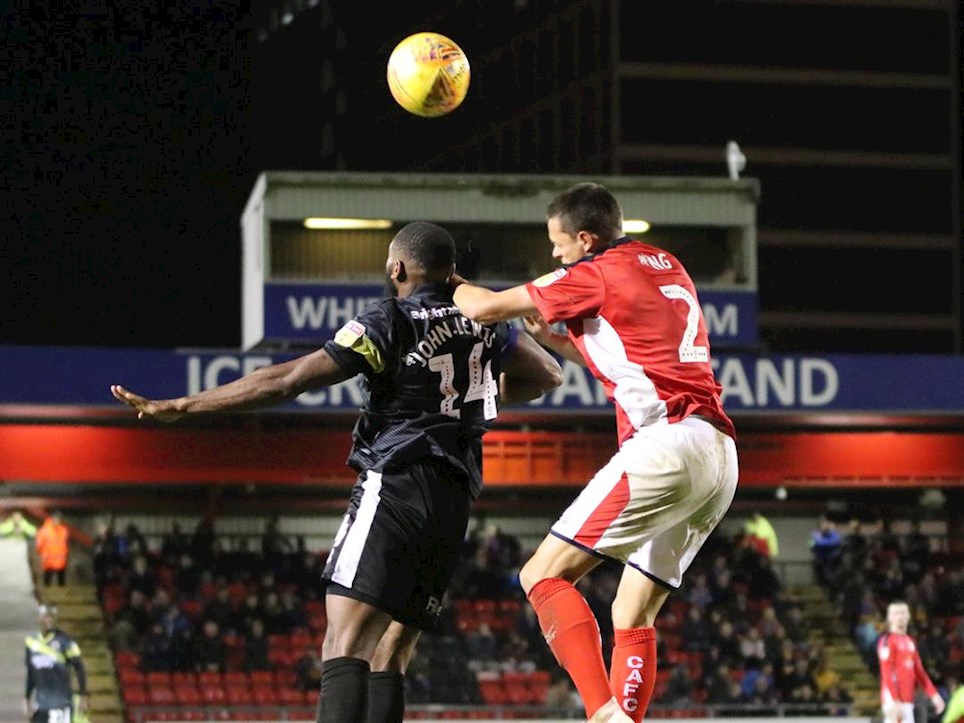 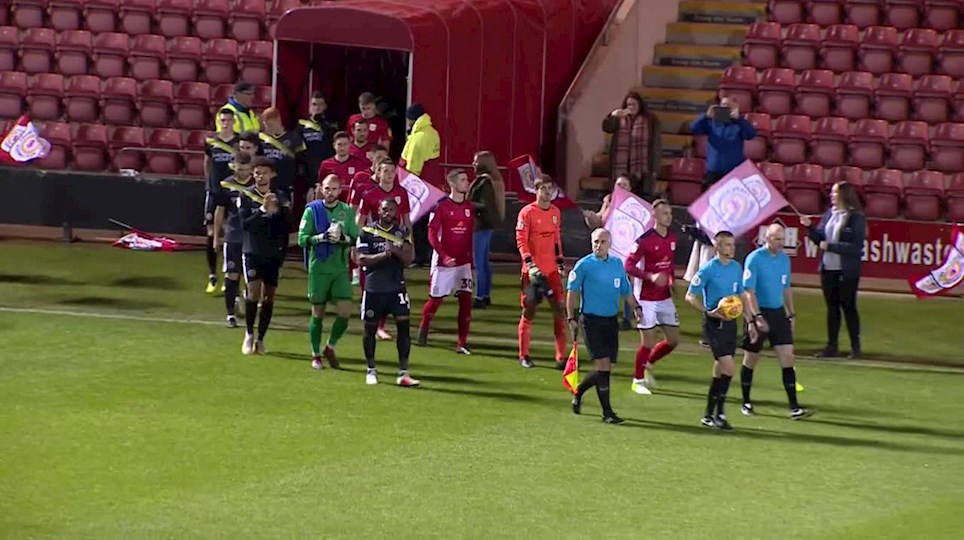 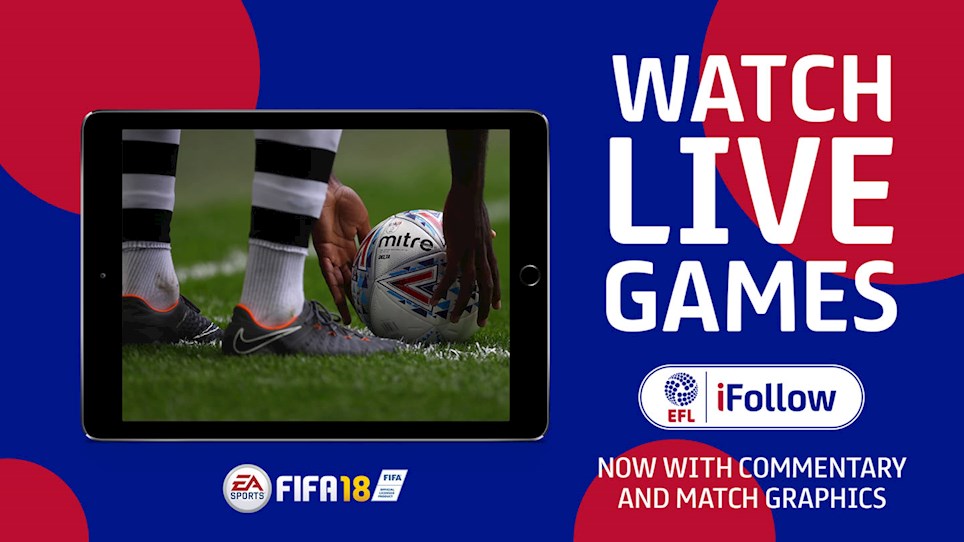 Crewe Alexandra exited their second cup competition in the space of a few days after Shrewsbury Town won 2-1 at Gresty Road in the Checkatrade Trophy.

Crewe slip out of the competition in the group stages following an unfortunate own goal from skipper George Ray and a low struck shot from Alex Gilliead.

Crewe did score their first goal in four games through Jordan Bowery and it was no more than we deserved because we did conjure up a number of chances on the night. If we had taken one or two of them then this tie could well have been a lot different.

Shaun Miller had a header tipped over early on, Bowery hit the foot of the post and Alex Nicholls was denied after he had broken the offside trap but hesitated in his execution and the chance was lost.

Crewe pressed on in the second half but couldn’t find that second goal that could well have made the final few minutes interesting.

Crewe Alexandra boss David Artell made four changes from the side that lost to Carlisle United in the FA Cup. Right-back Corey Whelan regained his place ahead of Nicky Hunt, midfielder James Jones was recalled in the engine room alongside Harry Pickering and Perry Ng.

There was also a double change up front with Jordan Bowery and Shaun Miller returning to the starting XI as Crewe reverted to a 4-3-3 formation. Youngsters Callum Ainley and Charlie Kirk started on the bench, alongside the recalled Ryan Wintle.

The contest started with Crewe trying to get on the front foot with Bowery chasing down a long ball that forced Joel Coleman to race from his goal and head into touch. A wicked cross from James Jones from the right hand side only needed a touch but the assistant referee had already raised his flag for an offside.

Shrewsbury soon got into the stride though and Lee Angol forced Ben Garratt into pushing his low shot behind for a corner. Eddie Nolan was also called upon to block a shot from Charlie Colkett after we had given away possession cheaply on the edge of our own box.

Crewe conjured up a great chance on 18 minutes. Whelan was always eager to join in attacks and he found Nicholls who had dropped off. He quickly found the overlapping Whelan and his accurate cross found Miller’s head but Coleman adjusted to push his firm header over the crossbar.

Colkett then produced a sublime piece of skills to create himself enough space but his shot was deflected off for a Shrewsbury corner.

An opening goal soon came inside the opening 20 minutes and it was a scrappy goal to concede from the Alex perspective. The Shrews slipped Angol in and Garratt did well to come out and smother the ball at his feet but the ball was kept alive with the Crewe goalkeeper really out of the equation.

Full-back Ryan Haynes had his effort blocked and in the follow up, Eddie Nolan did superbly to block on the line from Colkett. It seemed as though Crewe had somehow survived the danger but Angol collected the loose ball and fired a cross back into a crowded penalty area and a deflection of the boot of Ray diverted into the empty net. It was a messy goal to say the least.

The opening goal boosted Shrewsbury’s confidence and they produced a great passing move to unlock the pacy Abo Eisa down the Crewe right hand side. His low cross missed Angol at the near post,  but it invitingly dropped to Lenell John-Lewis and he flashed his shot inches wide of Garratt’s right hand post.

The lively John-Lewis then ran at the Crewe backline but he shot wastefully wide in what had turned into a 2v2 situation for th visitors. Kevin O’Connor also made a fantastic challenge to deny Angol a clear run on Garratt’s goal.

Crewe continued to press forward looking for an equaliser before the half time interval. The ball was worked into James Jones and he fired straight at Coleman. Perry Ng also produced a timely tackle to win the ball back inside the penalty area but his curler was blocked when it looked like it was heading towards the Shrewsbury top corner.

More good work from Miller saw him trick his way through on the right hand side and his low cross found Nicholls but his low shot was blocked at close range and Pickering couldn’t quite sort his feet out to get the rebound back on target.

The half ended with another good chance for Crewe with Bowery controlling his shot inside a crowded penalty area and he was a bit unfortunate to see it hit the foot of the post.

Crewe needed to score two goals in the second half to have any chance of progression in the competition but ended up only scoring the one through a tidy finish from Bowery.

The Railwaymen certainly came out in the second half with a greater intensity and after a fantastic through ball from Jones, Nicholls broke the offside trap superbly but perhaps thought he hadn’t and after hesitating to get the ball under his command, the chance was lost as the Shrewsbury defence got back.

Artell made a change with Wintle on for O’Connor and Pickering dropped back to left-back. Following his missed chance, Nicholls also made way for Ainley.

Wintle had a chance with his first touch but couldn’t direct his shot on target from Bowery’s low cross and after Ainley had just been introduced, Shrewsburty scored a second, killer goal. Gilliead was gifted far too much time and space and his low drive from 25 yards defeated the diving Garratt.

Crewe now needed three goals in half an hour and credit to them they certainly gave it a go. Jones forced a good save from Coleman when catching a perfect shot and Miller volleyed wide of the far post with an ambitious effort.

The half chances continued to come, Miller and then Bowery shot straight at Coleman from decent positions and Bowery and Ray also headed too high from crosses.

Bowery did pull one back after a great move and pass from Whelan. He stroked home his finish really well with just over ten minutes remaining but it was too late for a revival.

If Ainley’s late curler had not been blocked and Ray’s header from Jones’ free-kick had been a touch lower then it could have been an interesting final five minutes or so but Shrewsbury cushion was too comfortable and they progress as group D winners.

The clash with Shrewsbury Town takes places on Tuesday 13 November at the Alexandra Stadium with a 7:30pm kick-off.

Crewe need a win in 90 minutes to progress to the knockout round at the expense of Shrewsbury, with a draw & penalty shoot-out win or loss enough for the Shrews to progress.

Dave Artell has been working hard with his troops ahead of the fixture, desperate to return to winning ways after three straight defeats.

Season Ticket Holders have until 5pm on Monday 12 November to keep their current seat.

*Must hold a valid Crewe Alexandra student membership - click here for info on how to become a member.

Alternatively, you can call the ticket office on 01270 252610 Monday-Friday between 9am-5pm or on a home Saturday match-day from 9am-2pm. You can also drop in-store to purchase your tickets.