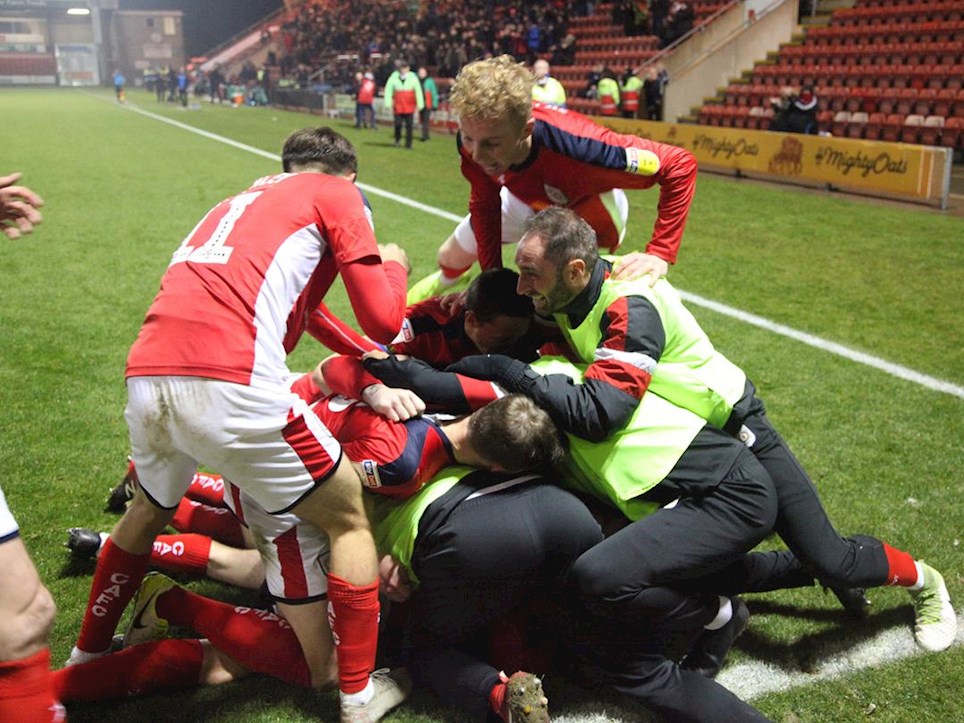 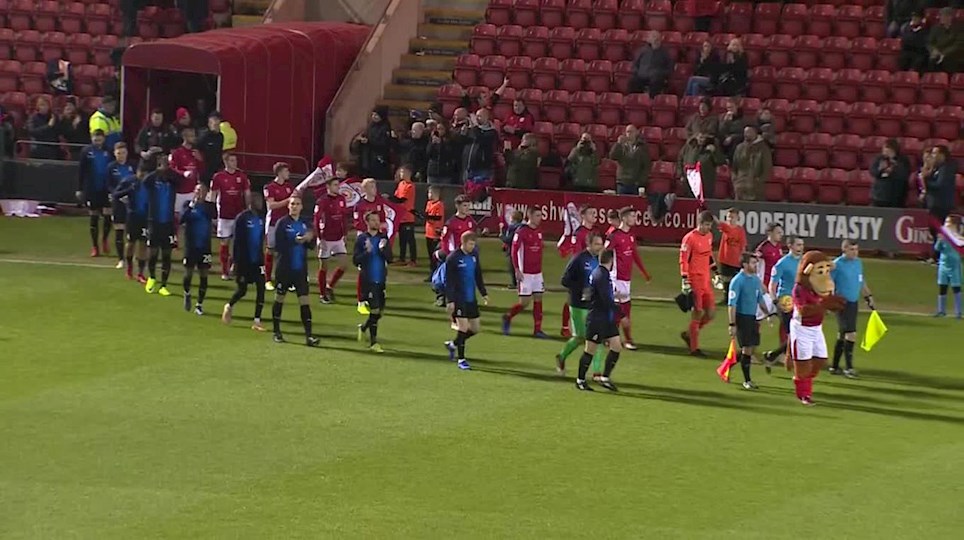 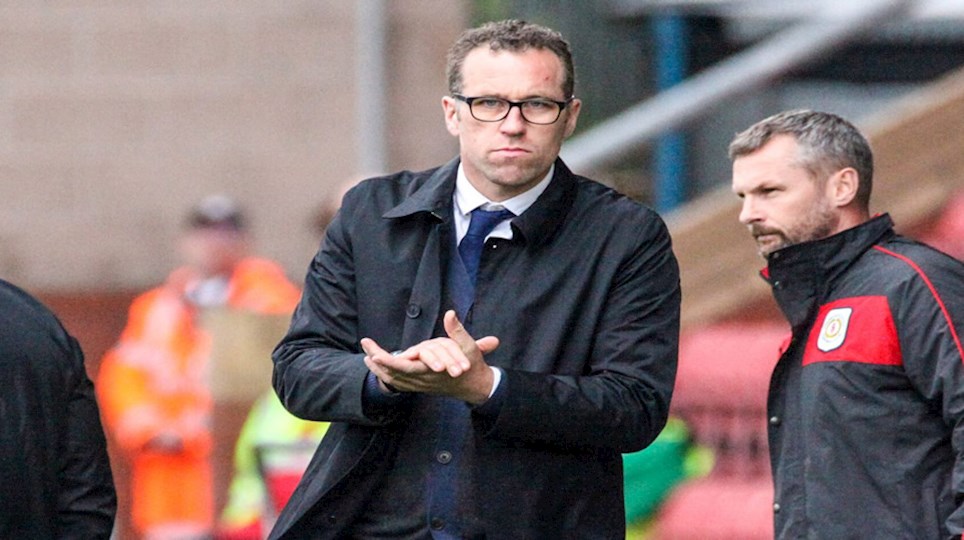 Artell: "The Result Is The Important Thing"

In a polar opposite to Saturday’s game of many chances, Callum Ainley took Crewe’s only opening of the first period with a deft finish before Shaun Miller made the game safe late on with a superb individual effort.

Crewe named an unchanged side for the third straight game, with boss Dave Artell pleased with the performance at Crawley on Saturday if not the result.

In what was otherwise a chess game of a first half, Ainley produced the moment of quality on the 34 minute mark. Jevani Brown inexplicably sliced a clearance across his own goal after pressure from Harry Pickering on the by-line, & Ainley ghosted in front of his man to produce a deft flick into the bottom corner to beat the diving goalkeeper, Anthony Forde.

It was the Alex’s only attempt on goal during the entire opening 45 minutes, a stark contrast to Saturday’s trip to Crawley in which 15+ chances were created. But such is football, it took just one this time around to get Crewe on the scoresheet.

As far as Cambridge were concerned, their attacking threat was virtually non-existent, George Maris’ low shot from 25-yards being comfortably saved by Garratt their only attempt in the opening period.

After the break, Crewe upped their game & started to create more in front of goal, Ainley testing Forde with a dipping effort from distance before Kirk & Bowery both had efforts all before the hour mark.

Of all people, Charlie Kirk hit the post with a header in the 70th minute. James Jones whipped over a crossed free-kick that evaded everyone in the box other than Kirk almost on the by-line at the back stick to direct a header goalwards. It ricocheted off the near post & against Forde before being hacked away by a grateful U’s backline.

Cambridge’s only real spell of the game came in a five minute period from 75 minutes, Gary Deegan firing an ambitious long ranger wide, sub Ade Azeez angling a low drive past the far post before another substitute David Amoo saw his shot from just outside the box take a huge deflection, loop up & bounce off the top of the crossbar with Ben Garratt scrambling.

The Alex saw off that pressure & picked up the ascendency again in the final ten minutes, seeing a melee of chances blocked away after pinball in the box with Ainley, Wintle & Jones all having a pop.

The clinching goal did eventually arrive with four minutes remaining on the clock & it was Miller who produced a spectacular solo goal that sealed the points. He received the ball in the box, evaded five challenge – nutmegging two U’s defenders – before sitting keeper Forde on his bum & calmly stroking a left-footed strike into the corner.

It was a celebration to match too with the whole team joining in unison to celebrate the reward of three points.

An enforced break now begins with no FA Cup involvement on Saturday, but Crewe will return to action at home to Oldham on Saturday week full of optimism.

Artell: "The Result Is The Important Thing"

With no game this upcoming weekend, tonight is the last chance to get behind the lads before a short break when we do it all over again at Gresty Road against Oldham Athletic on Saturday 8 December.

Crewe are currently 16th in League Two, but can move up two places with a victory.

Come along for some midweek action under the lights & back the boys to what could be a vital victory!