Crewe Alexandra are looking to recover from the disappointment of losing the seven game unbeaten run last weekend with a victory when Northampton Town come to Gresty Road on Saturday.

The defeat to Exeter has left The Alex with a real uphill battle for the final 12 matches if a play-off place is going to materialise.

Now eight points off those bountiful top seven places, Crewe must start a new unbeaten run soon in order to make the shake-up.

Northampton's form has been patchy of late, though they are unbeaten in four games. The draw specialists of League Two with 15 of their 34 games ending all square, they've drawn two more games than their closest rival in Mansfield who've drawn 13 times.

They beat Stevenage 2-1 last time out however, with a victory over Tranmere & draws with Lincoln & Crawley also making up their previous four games.

Crewe: James Jones is coming ever closer to a return, but he remains sidelined for the match.

Boss Dave Artell has otherwise reported a clean bill of health for his squad, but he could break the mould from his 'unchanged' run of games after defeat last weekend.

Loanees Aaron Taylor-Sinclair & Jamie Sterry are pushing for a start, as are Shaun Miller & Tommy Lowery.

We'll find out at 2pm on match day what the Alex manager has done with his team.

Northampton: Sam Foley & Marvin Sordell are now back fully fit having made cameo returns to the side last weekend at Stevenage.

Shay Facey & George Cox are thought to be the only absentees for the Cobblers for the clash.

The Cobblers are unbeaten on their last three on the road, beating Tranmere & Stevenage & drawing at Lincoln City. 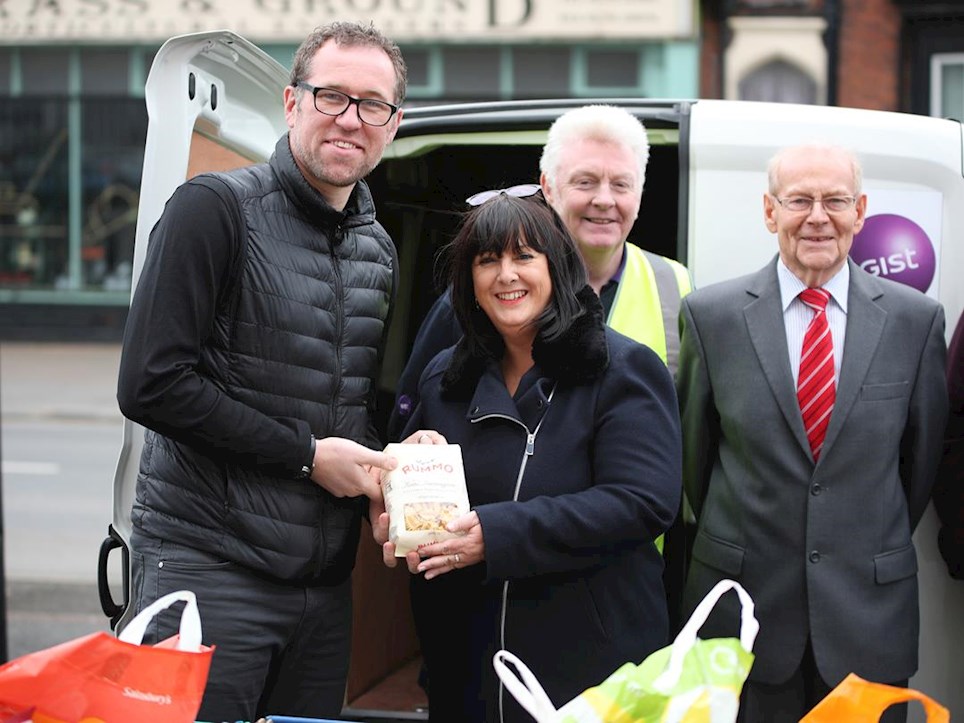 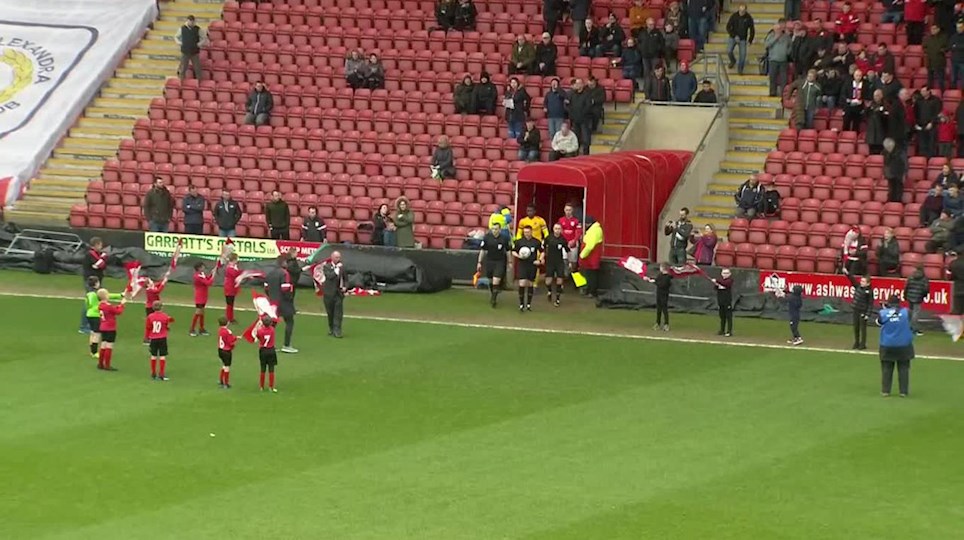 Crewe suffer back-to-back home defeats as Northampton score twice in the first half at Gresty Road.

Crewe Alexandra suffered back-to-back home defeats as Keith Curle’s side won 2-0 at Gresty Road this afternoon. First half goals from winger Daniel Powell and a fine finish on the volley from John-Joe O’Toole from a Powell cross put the Cobblers firmly in the driving seat and they managed to see the second half out with a clean-sheet.

However, Crewe did conjure up four really good chances that could have changed the complexion of the game. Jordan Bowery fired wide of the target with the game still goalless and in the second half, substitute Shaun Miller, Callum Ainley and Chris Porter all had chances to get us back in the game during the closing stages.

With injuries affecting the left full-back position, loan signing Jamie Sterry made his second debut for the club.

The Newcastle United youngster came in on the left hand side ahead of Harry Pickering, Nicky Hunt and other loanee Aaron Taylor-Sinclair who all picked up untimely knocks ahead of today’s game. The double injury blow, not thought to be too serious, meant a first appearance on the senior bench for Travis Johnson.

Both sides started at a rapid pace with the visitors eager to put the ball behind our full-backs and exploit that space. An early challenge on Charlie Kirk set the marker and Northampton continued to snap into tackles and gave Crewe no time to settle into any real rhythm. Their endeavour was to be admired and the referee allowed a lot to pass. It certainly disrupted the flow.

An early set play from Northampton was headed away by Eddie Nolan before Daniel Powell had a shot deflected behind for a corner. The visitors came with a real intent following a morale boosting win over Stevenage the previous week.

Crewe’s real chance to take the lead came after 14 minutes. A swift break from Charlie Kirk allowed him to carry the ball a long distance and find Ainley and his low cross found Bowery at the far post, but he sliced his effort wide of the far post. It was a good chance wasted and arguably our best of the 90 plus 9 minutes that would play out.

The contest continued to be set at a fast tempo and Ray couldn’t quite direct a cross from Sterry to really trouble Dave Cornell in the Northampton goal.

At the other end, Sam Hoskins nearly caught Garratt out with an ambitious effort from 25 yards that dipped over the crossbar.

The deadlock was broken on 27 minutes after Northampton took advantage of a set play. David Buchanan’s cross from the right hand side was threatening enough and after it dropped to Marvin Sordell,  he drilled it over a crowded box and an alert Powell adjusted superbly to nod it home. Garratt stood no chance.

Northampton continued to ask questions at set plays and Crewe had a lucky escape when a back header from Ray presented O’Tootle with a chance at the far post but the skipper reacted well to clear his shot from line after the Northampton forward had hit it into the ground to beat Garratt with the bounce.

The handful that was O’Toole volleyed home a cross from Powell to make it 2-0 on 32 minutes. It was a fantastic finish from the Nothampton forward but Crewe would have been disappointed not to cut the cross out in the first place.

Crewe tried to respond but a clever lay off from Porter couldn’t quite find a Crewe shirt and late on a cross from Kirk was just too high for Porter.

The next goal was going to be key in the second half. Crewe desperately needed it and we certainly upped the urgency. Ainley dragged an early shot wide before Sordell headed wide of the mark at the other end.

Northampton kept their shape well and were well organised. They made things difficult and their pressing was impressive throughout.

Crewe certainly raised their game and had more of the possession but we couldn’t conjure up too many chances until the later stages. A Bowery cross turned into a dipping shot that hit the top of the net and Charlie Goode did likewise for Northampton before he had to leave the pitch with a head injury. The lively O’Toole also headed just wide of the target before he was replaced by Andy Williams.

Dave Artell changed his forward line as well with Kirk and Bowery making way for the lively Dale and Miller and we had a go as a refreshed attack. Miller flashed a powerful shot over the crossbar and a fantastic run from Miller saw him trick his way past two tackles to find Ng in space and his low cross in turn found Ainley but he shot too centrally and Cornell made the save close to the line.

There were a few more scrambles in the Northampton box but nothing would quite drop for us. Ray was booked late on and the Cobblers sub Dean Bowditch could only fire into the wall on the edge of the box.

Crewe kept going trying to find a passge back into the game late on.

With the game entering nine minutes of stoppage time mainly given for head injuries, there was a late chance for Chris Porter, who did everything right to get a powerful shot off to draw a superb tip over by Cornell. If that had not been saved, then it could have been some grandstand finish but Northampton deserved the points for their controlled first half performance along.

The loss was just Crewe's fourth at home this season & ended a run of five straight wins on home turf.

The Cobblers currently sit two places & four points below Crewe in 16th in the table & are looking to do the double over the Alex after a 2-0 win at Sixfields in November.

Northampton are the draw specialists in League Two this season, finishing honours even in 15 of their 34 games - Mansfield Town are second on that front with 13 draws.

The match takes place on Saturday 2 March at the Alexandra Stadium with a 3pm kick-off & the team need your backing to return to winning ways!