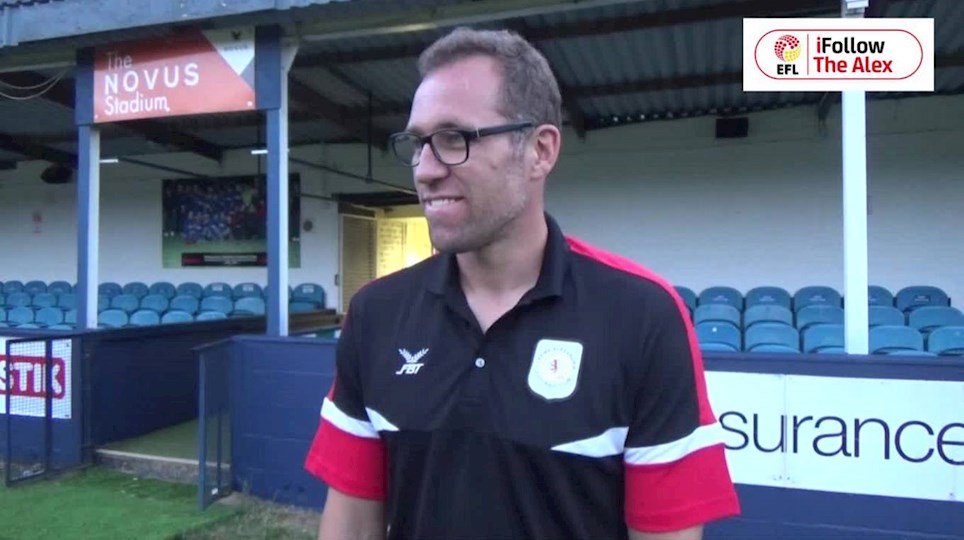 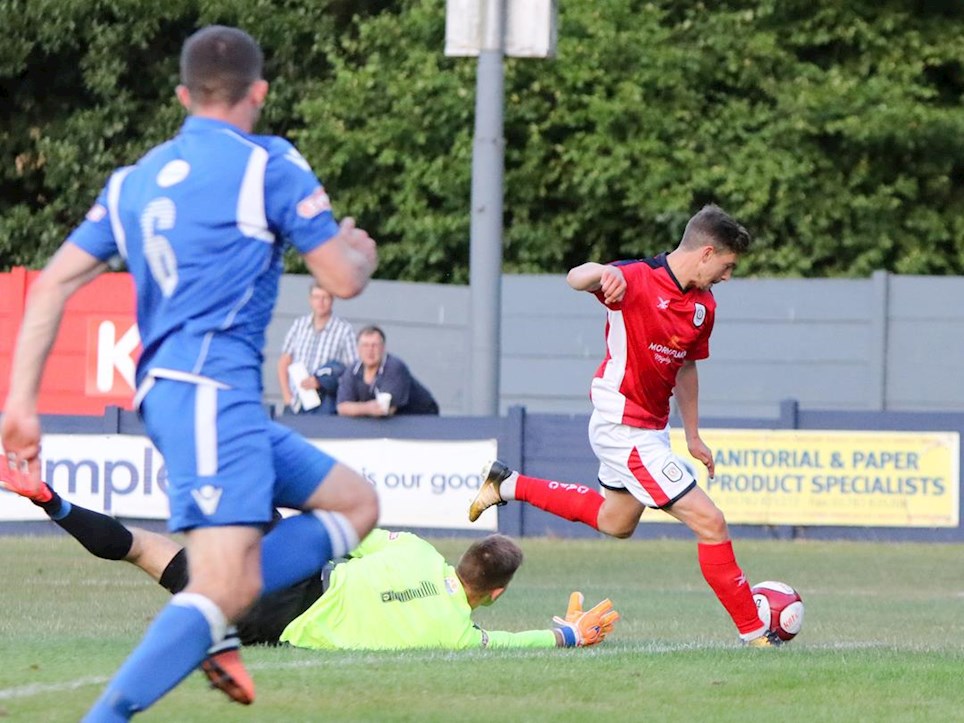 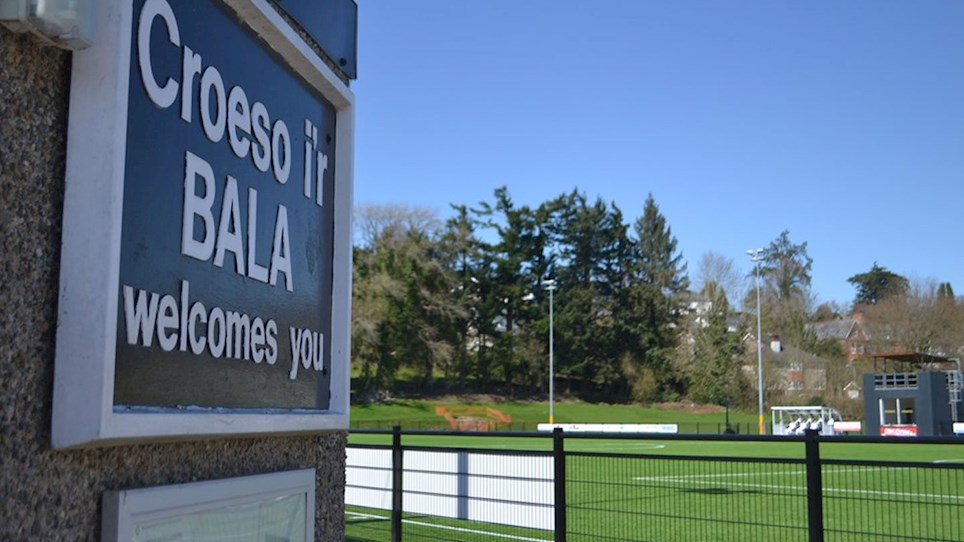 Crewe Alexandra came from behind to defeat Kidsgrove Athletic 2-1 thanks to a goal in each half from Ollie Finney and Shaun Miller. Kidsgrove had taken the lead via a penalty decision that went against us five minutes before the interval. Dave Richards saved superbly to deny Chris Budrys but the rebound fell nicely for the striker to convert.

Crewe responded inside two minutes with Finney unleashing an unstoppable shot before Miller pulled down a fantastic ball from Ainley to score a deserve winner after 54 minutes.

Crewe were quickly on the front foot with Chris Porter flicking an early header a yard wide of the near post and the energetic Paul Green shot over the top after another probing run into the Kidsgrove Athletic penalty area.

There was an early scare when Callum Ainley took a hefty challenge on his ankle but the attacking midfielder was able to shake off the knock and carried on. Ainley also forced a save from Krystian Burzynski following a forceful run into the box.

The host had their half chances too with Richards forced to save a deflected free-kick off Chris Porter and he wouldn’t have known that the assistant referee had raised for an offside.

Crewe continued to probe in and around the Kidsgrove penalty but we were restricted to longer shots that were usually blocked by our former defender Ryan Austin. The Kidsgrove skipper blocked a forceful effort from James Jones before Brad Walker fired just wide from 25 yards out.

Therefore, it was a bit of a surprise when Kidsgrove took the lead on 39 minutes when Walker was adjudged to have pushed his man over. It came from nothing and no threat. The Kidsgrove number 9 Chris Budrys stepped up but saw his straight penalty saved superbly well only to see the striker race in to tap home the rebound. Richards was unlucky to concede.

The teams went in level at the break and as expected no chances were made by boss David Artell.

The lively Kidsgrove forward Rumenio was always prepared to run at the Crewe back four and he had an early sight at David Richards’ goal but his low drive lacked the power to test the Welshman.

Crewe took the lead for the first time on 54 minutes. Shaun Miller raced on to a fantastic searching ball from Ainley and the striker kept his composure to round Burzynski to score his first goal of the pre-season.

A fine break down the Newcastle left Rio Adebisipresented Porter with another half chance with his head but he couldn’t quite direct it on target. It was slightly behind him.

Crewe kept pressing for a third goal. Porter prodded one goalwards and Walker rose highest at a corner but his downward header was saved.

Burzynski made a superb diving save to deny James Jones and Ainley was unfortunate not to see his intelligent chip from the rebound find Porter’s head inside a crowded box. Ainley also lifted a shot over after a terrific run from deep.

A good run out for the Alex saw us win 2-1 and there looked no injury concerns.

In the other friendly at Bala Town, Crewe lost 1-0 thanks to a goal from Sean Smith in the second half. Jordan Bowery had a first half penalty saved.