Crewe host Oldham Athletic this weekend after an enforced break at the weekend due to non-involvement in the FA Cup Second Round.

The squad are well rested up & prepared after the week-and-a-half break, but are still in good spirits after defeating Cambridge United 2-0 in that contest last time out.

The Latics were in action at the weekend however, defeating Maidstone United 2-0 to set-up a third round trip to Premier League Fulham.

Crewe: The Alex have been handed a boost with the news that George Ray is back available after successfully completing 90 minutes for the Under 23s on Tuesday.

More positive news from the camp is that Paul Green has now returned to light training & could return to first team action before the turn of the year – but this game comes too early for him.

Crewe all looking to make it back-to-back wins, three wins in four & three home wins in a row. Whichever way you look at it, victory against the Latics will make for very positive reading on the form tables.

Oldham: Dan Gardner looks set to be missing for the visitors, but Jordan Lyden is set for a return.

The Latics are currently in 13th in Sky Bet League Two, one point & two places above the Alex having gone four league games unbeaten (one win, three draws). 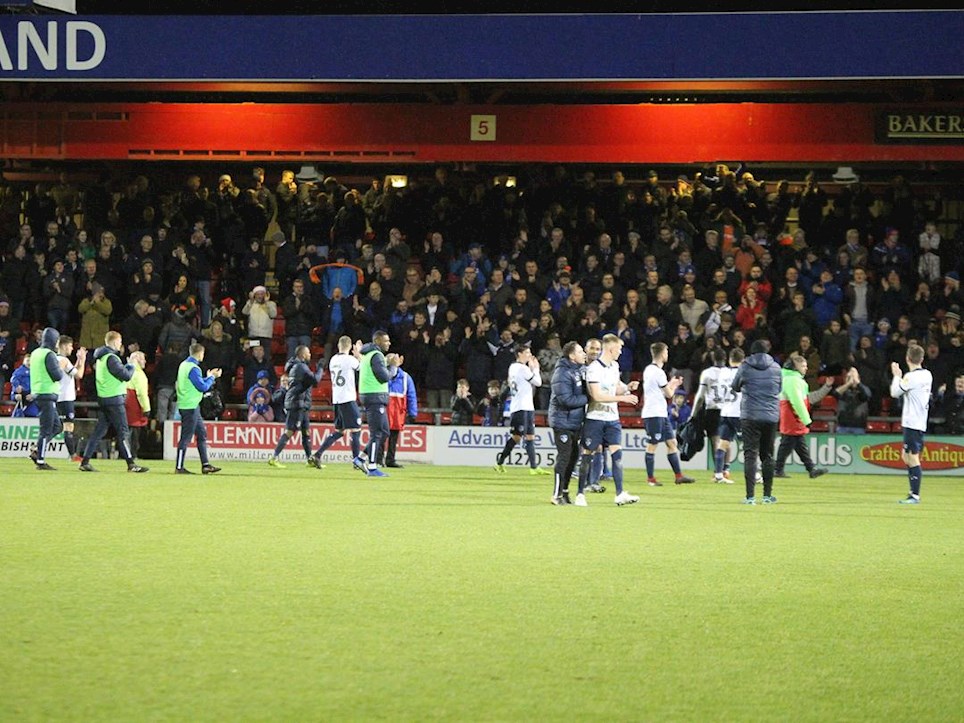 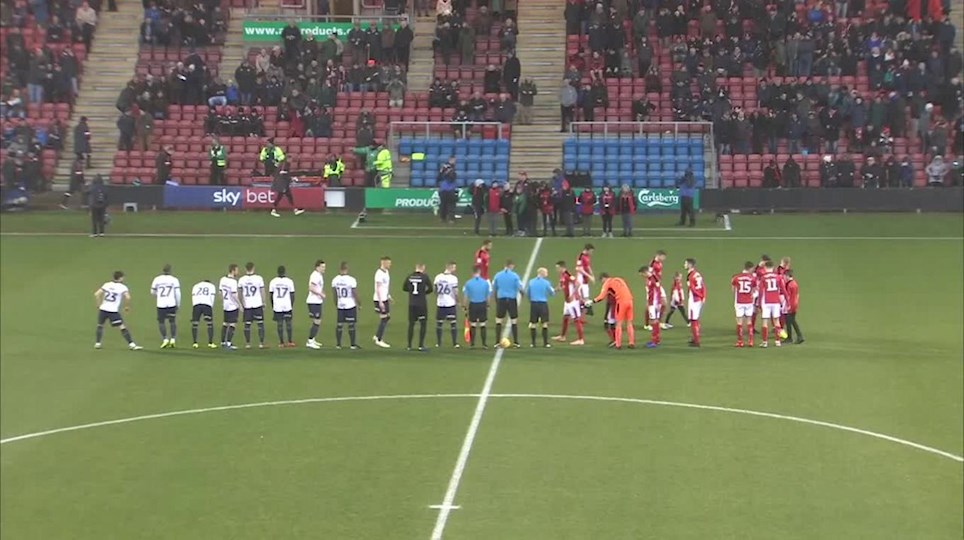 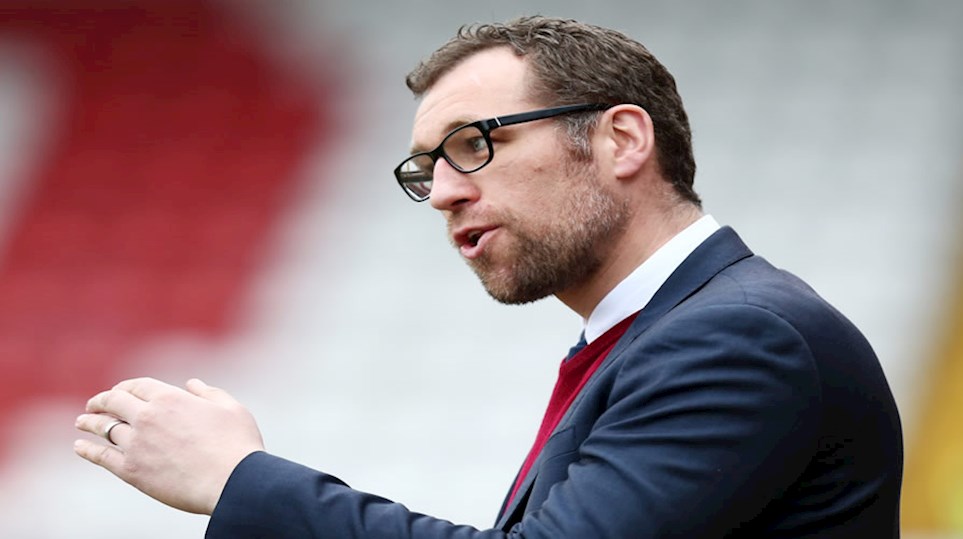 Artell: "Today, We Were Nowhere Near"

Crewe Alexandra’s final home game before Christmas ended in a rare home defeat by Oldham Athletic this afternoon. The Latics ran out 2-0 winners thanks to first half goals from their captain Peter Clarke and Chris O’Grady and Crewe couldn’t find that goal that could have changed the complex of the game in the second period. In truth, we were second best all over the pitch.

Young substitute Owen Dale had an almost instant impact after latching on to a loose back pass but his shot was straight at Daniel Iversen.

Frankie Bunn’s side fully deserved the three points this afternoon after a really impressive and professional performance. They showed their clinical edge to register only our third home defeat of the campaign in League Two. Crewe never hit the heights of previous home performances.

Taking charge of his 100th match as Crewe manager this afternoon, David Artell, had the luxury of naming an unchanged team for the fourth consecutive game for the visit of Frankie Bunn’s Oldham Athletic side. Club captain George Ray was fit enough to be named on the substitutes’ bench after missing the last two games due to a hip injury. Perry Ng once again deputised with the armband.

There was a surprise inclusion on the bench though with youngster Owen Dale in the squad of 18 for the first time this season. Winger Dale recently returned from a loan spell with Altrincham.

Looking for their third successive home win, Crewe Alexandra tried to quickly get on the front foot against our North West neighbours and we made a fast start.

Crewe created an early chance in the opening couple of minutes with James Jones slotting in Jordan Bowery but after his first shot was saved by Daniel Iversen, the Oldham goalkeeper responded well again to deny Callum Ainley with the follow up.

After such a promising early chance, the visitors began to impose themselves on the game which was being affected by a severe downpour. So much so that the ball would not run smoothly due to the surface water at times.

Eddie Nolan made a timely block to a shot from Mohamed Maouche inside the box before the Latics forced a number of corners, only of which saw Ben Garratt dive to save a long range shot from Chris Missilou that came through a crowd of bodies in front of him.

With Oldham doing much of the pressing it was no great surprise they broke the deadlock but it came from a surprise source. The Oldham captain Peter Clarke was granted far too much space and the centre-half took full advantage to unleash an unstoppable shot from 30 yards that flew past a helpless Garratt. The veteran defender was give too much room and was not pressured enough but it was a wonderful shot.

Crewe’s best chance of the half saw Corey Whelan and Bowery combine and his strike partner released Miller through on goal. The forward caused panic in the Oldham defence as he headed towards Iversen’s goal but at the final moment, he tried to poke his effort past the grounded goalkeeper and he was able to save with his foot. It was a great chance but had mainly been created by Miller’s own persistence.

Crewe grew into the contest and Iversen had to come and collect a cross from Pickering just ahead of Bowery. Moments later, a great combination of passes between Pickering and Kirk saw the Alex winger draw a save from Iversen again with his feet.

Ng, who has a great shot on him tried his luck from over 30 yards but this time it lacked the accuracy to test the Oldham stopper and it drifted wide.

A forceful run from winger Gevaro Nepomuceno then saw a half chance for Maouche but his low drive was blocked by Pickering.

Crewe needed the half time interval but didn’t reach it without conceding again on 41 minutes. It was fair too easy for the veteran Chris O’Grady, who used his frame to roll his marker and plant a low shot past Garratt. It was a killer blow before the break but Crewe hadn’t performed to the level we had been doing at home this season.

Crewe had to step up in the second half if we were to gain anything from the game but it was the visitors who continued to impress. They were first to too many loose balls and Crewe struggled to get up the pitch with any regularly in their early exchanges. Garratt made a smart save from Sam Surridge before the impressive Missilou had another half chance at our goal blocked.

Miller had a shot blocked at a tight angle and it spun away for a corner before David Artell made a treble change with Dale, Porter and Ray replacing Kirk, Bowery and Nolan. Those chances almost had the desired impact with Dale nearly halving the score with his first touch. He took a gamble on a loose back pass but his shot was saved by Iversen.

Moments later, Ray saw his forceful header from a corner saved close to the line but that was pretty much that in terms of good chances for Crewe.

Maouche had another effort deflected wide of the target but Oldham were fairly content to see the game out. They controlled the final stages of the game and although Crewe huffed and puffed we couldn’t find that goal that could have made for an anxious last ten minutes for the visitors.

In fact, Oldham had a late chance to make it 3-0 after a poor clearance from Garratt landed at the feet of O’Grady but after they worked it into Surridge his low drive was saved really well by the legs of Garratt.

It was a tough afternoon for the Alex, who never got themselves going at all against a clinical Oldham side.

Artell: "Today, We Were Nowhere Near"

The match is the Alex's next in any competition & takes place on Saturday 8 December at the Alexandra Stadium with a 3pm kick-off.

Crewe are currently 15th in League Two & have one eye on a move into the top half, with just six points separating the Club from the play-off places.