Crewe Alexandra go into the 2018/19 season full of optimism after a positive end to the previous campaign, a good transfer window & a (mostly) injury free pre-season!

The new season kicks into gear against Morecambe this weekend & staff, players & supporters alike are looking forward to the new campaign getting under way!

Crewe: Dave Artell is delighted to have had a largely injury-free pre-season & only has Shaun Miller (knee) absent from his 29 man squad.

However, at least six of those are set to feature exclusively for the Under 23s in the first part of 2018/19.

The boss has been keen to stress the importance of the 46-game season & not just the result on the opening day, but he's keen to get off to a good start against the Shrimps.

It was Miller who scored in this fixture last season, his late opportunist strike from a corner-kick resulting in the 1-0 Alex win.

Morecambe: The visitors are notorious fast starters in League Two & continued that run last season, doing well in the early stages of the campaign, kicking off last year with a 2-1 victory over Cheltenham Town.

The visitors ended the season by securing their League status on goal difference after a final day stalemate with Coventry.

No side drew more games in League Two last season than the Shrimps & they'll be looking to turn some of those draws into wins in 2018/19. 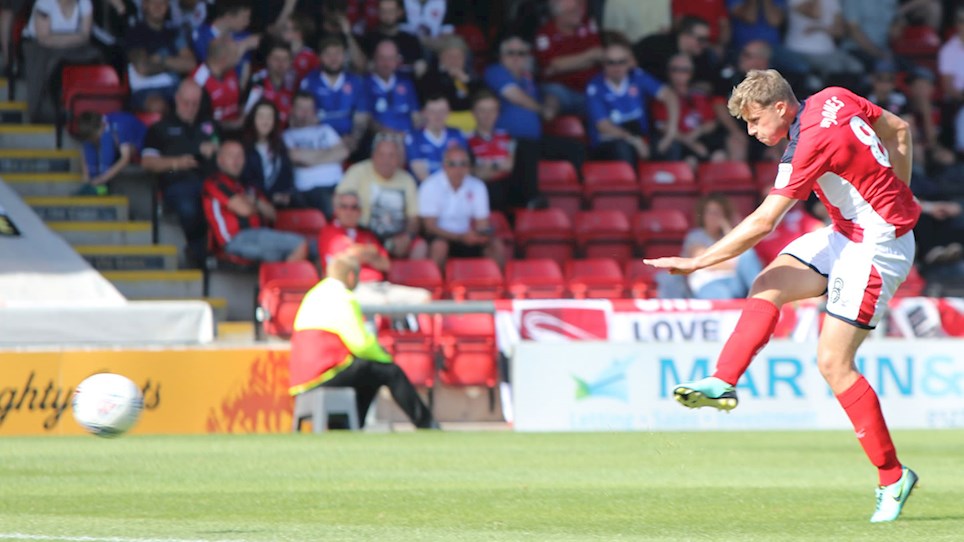 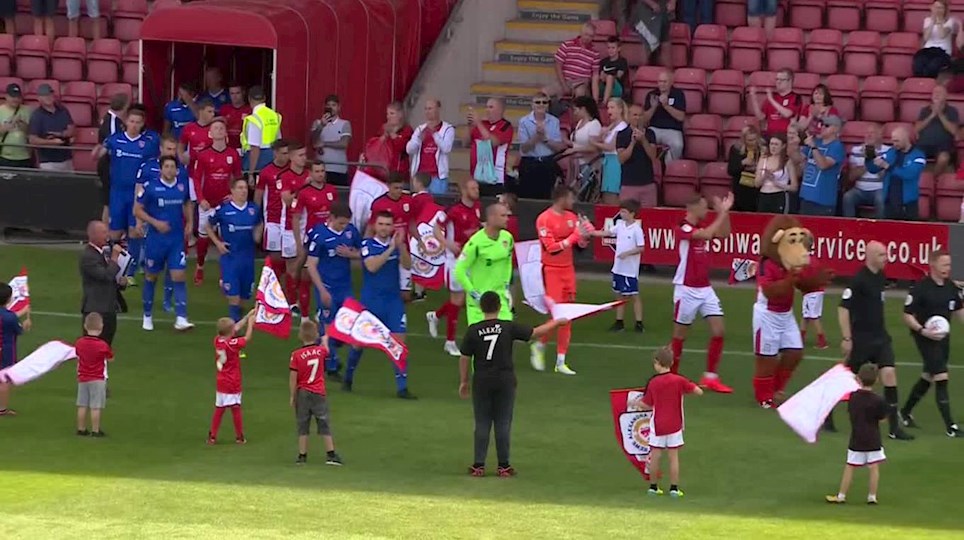 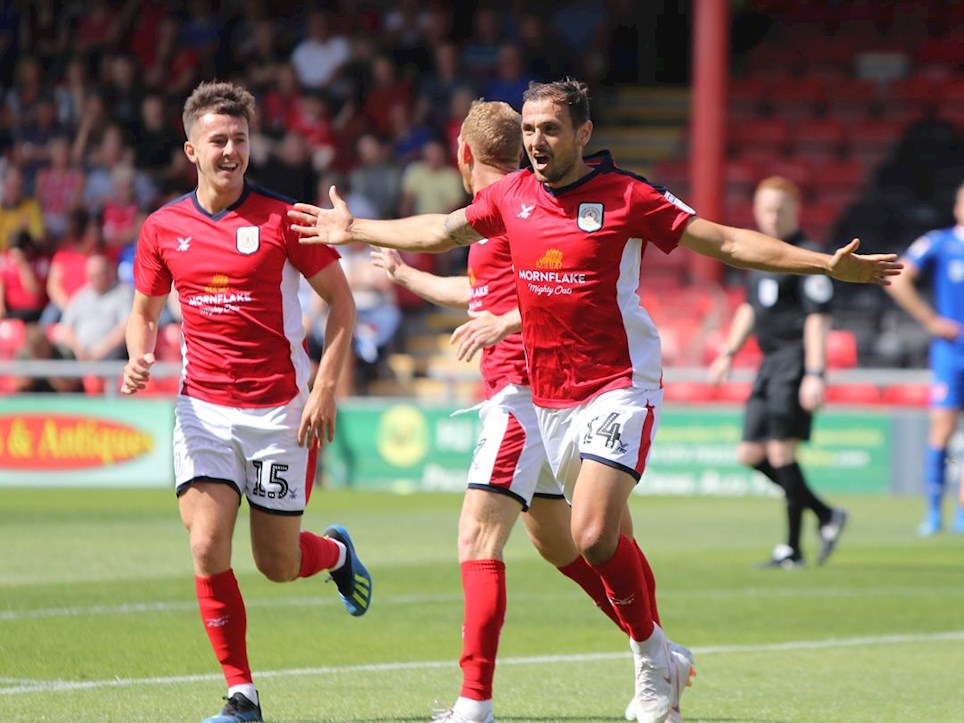 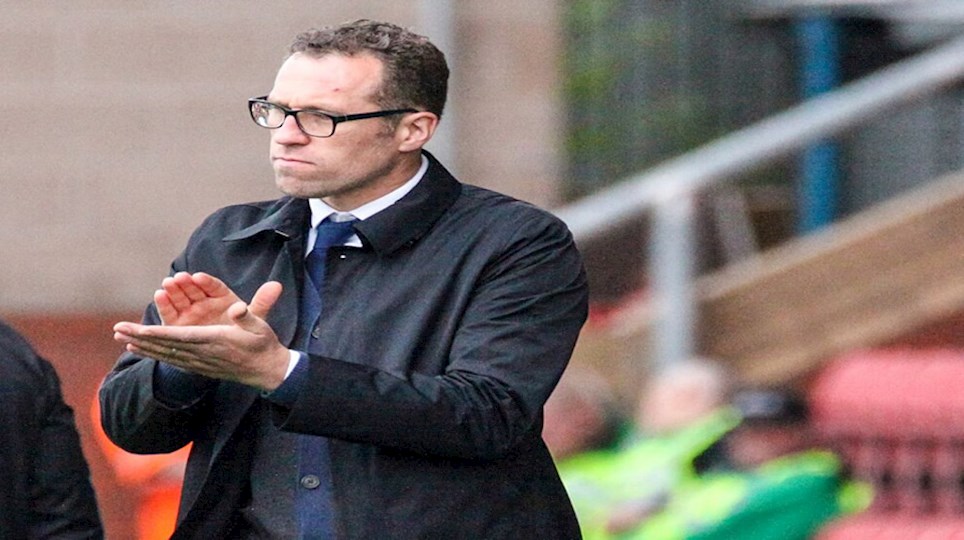 Crewe Alexandra recorded a rampant 6-0 victory over Morecambe on the opening day of the 2018/19 Sky Bet League Two season.

Alex Nicholls marked his Alex debut with a brace after Charlie Kirk had notched the first goal of the League campaign inside five minutes.

James Jones got himself on the score-sheet twice, his second a rocket from distance to round off the win in injury time, with substitute Chris Porter also stooping to head in his first of the season.

Dave Artell made just one change from the side that drew with Blackpool in the final pre-s’eason friendly. Jones coming into the team for Callum Ainley, with Dave Richards retaining his place in goal.

Crewe made the best possible start to the new season, Kirk smashing home the opening goal inside the first five minutes. Jordan Bowery made a terrific run to get down the right by-line to cut back for Paul Green. His shot was blocked on the line, but the rebound fell to the waiting Kirk who leathered his effort into the roof of the net.

The dream start became ever better in the ninth minute when Alex Nicholls marked his Crewe debut with a goal. The former Barnet man expertly glanced his header into the far corner from around the penalty spot after Kirk had done well to run & cross from the left hand flank.

Perhaps the only sour note of the day was the loss of captain George Ray to injury just after the midway period in the first half due to a muscle spasm in the kidney area. Nicky Hunt came on for his Alex debut to impress, with Perry Ng moving inside to centre half.

The impressive Kirk continued to torment the Shrimps defence as Crewe twice went close to further extending the lead before the half-time whistle – Pickering hitting the side-netting on the overlap from Kirk’s clever lay-off, before he picked out Green who teed up Bowery for a shot that was comfortably saved by Shrimps keeper Roche.

After a quiet opening to the first 15 minutes of the second period, the Alex did stretch the lead to three on 63 minutes & it was Nicholls again with a quite sublime finish. Green received the ball on the left of the box, played a pass into the striker who popped his first touch into the air before expertly steering his shot into the top corner.

The ten minutes that followed produced the Shimps’ best openings of the match, hitting the post with Aaron Wildig from a pot-shot from 30-yards, before former Alex man Vadaine Oliver was released in one-on-one, forcing Dave Richards into a smart save to preserve his clean sheet.

That brief Morecambe reprieve was short lived with Jones grabbing his first of the afternoon on the 72 minute mark. He received the ball 20-yards from goal & took aim before lashing his shot into the bottom corner of the net.

It looked as though four would do for Dave Artell’s troops, but they had the taste for more goals & substitute Chris Porter stooped to get his name on the score-sheet three minutes from time. Pickering created himself half a yard down the left-flank & Porter bullied his man at the back stick to thump his header home.

That wasn’t that either. James Jones scored arguably the best goal of the afternoon in the first minute of added on time. Similarly to his first, but from 25-yards this time, he took aim & arrowed his pinpoint shot into the same bottom corner to complete the memorable six goal rout.

A day to remember for all the Gresty Road, Crewe ending the day top of the League Two table on goal difference!

Come and get behind the Alex for the seasonal opener!

Crewe Alexandra begin the 2018/19 season with a home game against Morcambe. The Railwaymen will be aiming to secure a victory on the opening day following a positive 2-2 with league favourites Mansfield in the 2017/18 opener.

Tickets for the final game are on sale now on the online box office & from the Ticket Office.