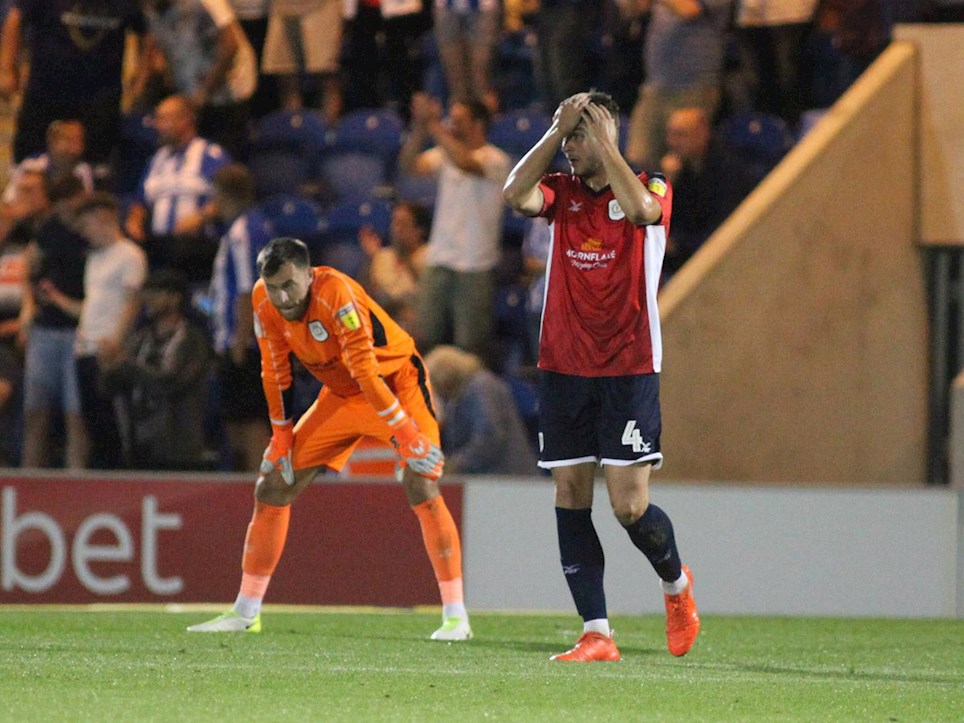 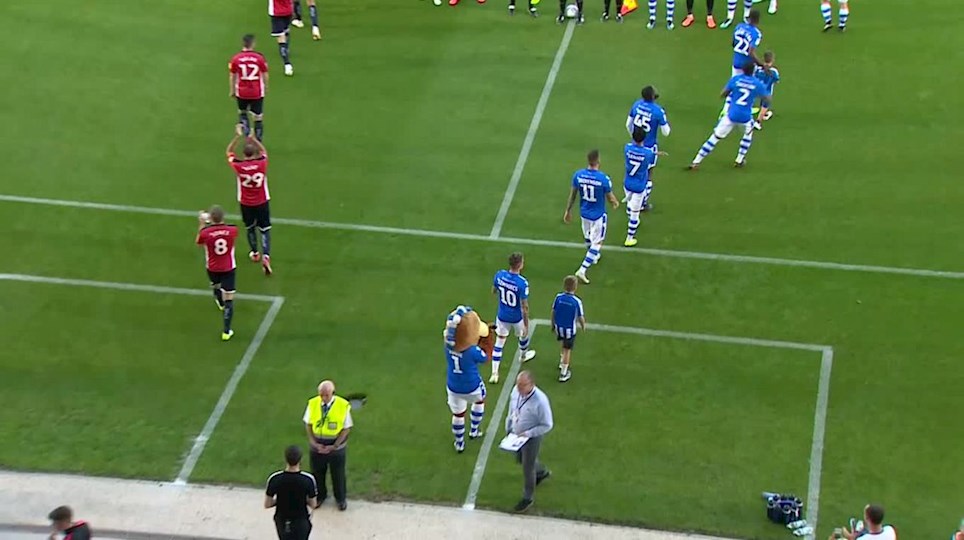 Unacceptable Alex hit for six by ruthless Colchester side.

Crewe Alexandra suffered their second successive away defeat of the season, as John McGreal’s excellent Colchester United hit us for six goals for the first time since a Dele Alli inspired MK Dons did back in September 2014.

Crewe were so far off the standard they had set in the opening games that it could prompt David Artell to revisit the loan market before the end of the month.

McGreal’s ruthless side stormed into a 3-0 first-half lead to put the result beyond us in Essex. Their clinical finishing continued in the second period with the confident home side adding a further three to inflict the heaviest defeat of David Artell’s reign as manager. The performance was so unexpected after our half decent start to the season. As good as we were against Morecambe in scoring six goals ourselves on the opening day of the season, we were nowhere near the standards set in the previous games.

We only had ourselves to blame. Crewe were so slow out of the blocks, conceding two goals in the opening eight minutes that we never really recovered to turn it into any sort of contest for the three points.

Colchester were a class above this evening and their unbeaten start to their own league campaign continues. On this form they will be major contenders this season for at least a top seven finish. Crewe will have to recover and produce a far better performance away at Carlisle at the weekend.

With Crewe only conceding two goals in our opening four games of the new season, our first half defensive display was not what we would have expected as two goals from Brennan Dickenson and the fourth minute opener from centre-half Frankie Kent giving David Artell’s side one almighty mountain to climb.

It was 4-0 before the hour mark, with Colchester United punishing us from our own poorly hit corner. The short one into the box didn’t come off and they broke with such pace and purpose that we couldn’t contain them. Dave Richards saved the first effort, but was helpless as full-back Ryan Jackson buried the follow up with real venom. It was damage limitation time.

Artell made two changes to the side that drew 0-0 with MK Dons at the weekend. Captain George Ray returned to the starting line-up after missing the club’s last three matches due to the hip and back injury he sustained on the opening day of the season against Morecambe. Callum Ainley was the unfortunate one to drop out with Harry Pickering pushing into midfield.

That resulted in a change around at the back with Perry Ng once again showing his incredible versatility by switching to left-back.

The other change was a straight swap up front with Chris Porter recalled to face his former club ahead of Jordan Bowery.

With the Colchester pitch in immaculate condition it was the perfect setting for a good game of football under the lights. It was evident early on that both sides wanted to get the ball down and play a possession game.

It was obvious that the home side attempted to get off to a fast start with Sammie Szmodics firing a shot at the far post into the feet of Nicky Hunt.

Their frantic start resulted in the opening goal after just four minutes. Hunt conceded a free-kick some 35 yards from goal and from the resulting deep delivery into a crowded box, David Richards came and didn’t reach the punch over a number of bodies.

That allowed Harry Pell to head back across goal and after a short melee, where the Alex defence tried to protect the unguarded goal, Frankie Kent lifted the loose into the roof of the Crewe net. It was such a scrappy and cheap goal to concede against a side that prides itself on being a threat from set pieces.

With Crewe on the back foot, a combination of Perry Ng and Ryan Wintle managed to block another effort from Kane Vincent-Young after another cross had landed invitingly at the far post.

Crewe never got out of the blocks in the opening exchanges and after granting Brennan Dickenson far too much space, he drilled a swerving shot past Richards from 25 yards. The Alex goalkeeper hardly moved as it flashed past him and into the net for 2-0 after just eight minutes of play.

After a dreadfully slow start, Crewe did rally and did begin to play some football in the Colchester half of the pitch. Our first real effort on target saw Pickering lift a cross into Porter and his header had to be well claimed by Dillon Barnes.

More good approach play from the U’s unlocked the Crewe defence again after 25 minutes. A swift interchange of passing down the Crewe left hand side, saw the lively Courtney Senior played in and his low cross found his intended target Dickenson but he was denied a second goal of the evening only because of a brave block from Ray. He threw himself at it to deflect it over the bar for the corner.

Crewe cleared the initial corner but from the follow on long throw, Crewe failed to deal with it with any conviction, alarmingly allowed it to bounce and Dickenson lashed home at the far post for 3-0. After being so resolute in our defending this season, this was a clear shock to the system. No one had expected us to concede goals so cheaply.

Colchester’s rapid winger Senior had a glorious chance to make it 4-0 before half-time as he raced clean through on goal but to his great credit, Richards stood tall to invite him to shoot and he made a smart save to deny him.

There was a slight chance for the Alex as we approached the interval, with Ray venturing forward and his pass into the Colchester penalty area, so nearly found Porter but a deflected took it through to Barnes.

There was still enough time on the clock for Luke Prosser to meet a corner from the right but Richards was well placed to collect it with relative ease.

Artell made two changes at the break with defenders Ray and Hunt making way for Bowery and Raynes, as Crewe went to 3-4-3 to try and find a passage back into the game.

Some early promise from the Railwaymen saw Porter use his strength to tussle with Prosser and direct a header over the crossbar. Then more good approach play from Paul Green saw his lower cross aimed at Porter, cut out at a stretch by Kent. It was better from Crewe but not quite threatening enough to find that goal that could have altered things.

To their enormous credit, Colchester still offered a threat down the sides but unlike the early passages of the first half, they were just lacking that killer pass.

Senior’s pace was an immense headache and after he had got clear of Pickering, his cross shot was blocked and Eddie Nolan did fantastically well to block Szmodics follow up effort inside the six-yard box.

Nicholls was then played in down the Colchester left hand side but his shot was deflected behind for a rare Alex corner. Crewe lost Harry Pickering through injury. Brad Walker had to replace him.

From our corner, Colchester broke away to score a fourth! We under hit to the near post and Colchester punished us with blistering pace. Richards did well to stand up and save from Vicent-young but the supportive full-back Ryan Jackson buried the follow up for 4-0 on 58 minutes.

With the game won, Colchester made their first change with Frank Nouble being replaced by Luke Norris.

Dickenson went for a hat-trick after skipping past Walker but his fierce drive just cleared the crossbar.

Crewe were glad to see the back of Senior as he was rested for the closing stages with Aaron Collins coming on but it wasn’t too long later that his fellow sub Norris was slipped in to make it 5-0. He calmly slotted it past Richards to pile on the misery for a well-out-of-sorts Alex.

McGreal’s final change saw Tom Eastman for Prosser but by that point with Colchester’s busy midfielder Tom Lapslie getting his name on the score sheet. His tidy finish was far too easy for goal number six and Crewe were desperate for the final whistle.

Thankfully it came with Colchester unable to add to their tally on our disastrous night in Essex for the Alex.

The 153 fans who travelled were the only positive, with most of them remaining to the end. An absolute credit to the badge.

Tickets for Crewe Alexandra's trip to Colchester United on Tuesday 21 August are on sale now.

The U's operate a progressive pricing strategy, so Crewe supporters who purchase in advance, do so at a cheaper price.

There are have been four sales windows before prices rise again on match day.

Tickets are available via the online box office, over the phone or in person at the Alexandra Stadium ticket office.

The easiest way to purchase your tickets is via the online box office (click here). You can also call 01270252610 or visit us in-store.

All tickets are subject to availability.