Crewe Alexandra are looking forward to the trip to Carlisle United this weekend, hoping to banish the ghost of the heavy defeat at Colchester in midweek.

Having another fixture so soon after the upset in Essex is a good tonic to help players & supporters alike move on & prepare again for another important match.

Crewe: Harry Pickering is thought to be Crewe's only major doubt for the trip to Carlisle after coming off with an injury in the defeat at Colchester.

Boss Dave Artell is pleased to have a game so quickly after the disappointment suffered in Essex, seeing it as a chance to put things right.

The Cumbrians won the match 1-0 last season in what was a rather low quality contest on a freezing January afternoon.

Carlisle: The hosts sit nicely in the top six of the division after four games with seven points on the board.

They began the season with a 3-1 defeat at Exeter, but have since gone unbeaten, drawing with Northampton before successive victories over Cheltenham & Port Vale.

Tuesday night's win over the Valiants at Brunton Park was a comfortable one despite the eventual 2-1 scoreline, with Vale pulling a consolation back in the dying moments.

The Cumbrians did the double over Crewe last season, without the Alex scoring a goal. 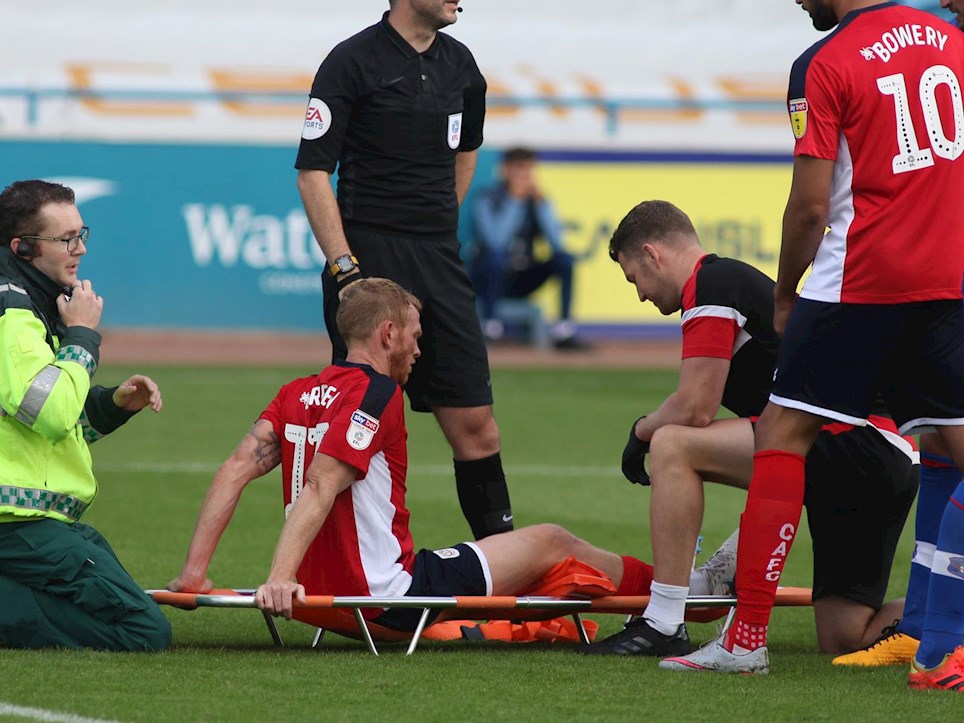 Artell: “We’re Stood Here With No Points, Which Is Really Frustrating”

A spirited & industrious Crewe performance failed to produce a result at Carlisle United, with the Alex falling to a 1-0 defeat to the Cumbrians.

The Railwaymen had the better of it for large parts, but that killer instinct in front of goal was once again lacking & Cumbrians front-man Ashley Nadeson stole in to net a 69th minute winner for the hosts.

Boss Dave Artell opted for a radical change of approach after the heavy midweek defeat at Colchester, making no fewer than SIX changes to the starting XI.

The Alex could’ve been forgivinen for starting the game nervously, such was the manner of the defeat in Essex on Tuesday night, but it proved not to be the case.

The Railwaymen gave as good as they got in the first 45 at Brunton Park, stroking the ball around with confidence, the best chances falling the way of the visitors too.

On six minutes, the first opening arrived. Kirk passing inside for Paul Green to run on to & shoot from 20-yards, but on the stretch he couldn’t keep the effort on target.

In a flowing first period from end-to-end, Crewe fashioned the second clear-cut opportunity from a left-hand corner kick in the 23rd minute. Ainley delivered the set piece for an unmarked Perry Ng to head, but he couldn’t get enough on his ten-yard effort & watch agonisingly as the ball skimmed wide.

Carlisle had a couple of pot-shots from outside the box through Jamie Devitt & Hallam Hope, but both were straight down the throat of, & held by Garratt.

Crewe too had the third & final big chance of the half, Bowery seeing his near post shot saved by the legs of goalkeeper Joe Fryer from a tight angle after Kirk had played him in down the left.

A wonderful chance dropped for Crewe six minutes into second half, but the missed chance had big ramifications for both sides. Good work by Kirk & Miller created space for Bowery, he couldn’t connect which left Green & GK Fryer in a 50/50 at the back post. The two players slid in & unfortunately both picked up game ending injuries – both leaving the field on a stretcher.

That almost ten minute stoppage seemed to open the game up somewhat. Almost immediately after the restart, Eddie Nolan was on hand to provide a goal-saving last ditch sliding challenge after it looked as though Ashley Nadesan had got in one-on-one for the hosts.

On 65 minutes, Ryan Wintle forced sub goalkeeper Adam Collin into double save, first parrying his thumping 20-yard drive, before getting up to stop Ainley’s header from the rebound.

Just as it looked as though Crewe were building ahead of steam, they were hit with the suckerpunch on the 69 minute mark. A low through-ball made it through the rearguard to Nadeson running on into the box & he held off his man before firing low through the legs of Ben Garratt to put the Cumbrians in front.

Crewe continued to push forward in search of an equaliser & had a chance with just five minutes remaining, sub Chris Porter heading narrowly over from a corner within five seconds of emerging from the bench.

There were eight minutes of stoppage time added on after the double injury as the Alex continued to press, & when Carlisle hacked clear a goal-mouth scramble from inside their own six-yard box you just knew it wasn’t going to the Alex’s day.

Artell: “We’re Stood Here With No Points, Which Is Really Frustrating”

Tickets are on sale now for Crewe Alexandra's trip to Carlisle United.

The match takes place at Brunton Park on Saturday 25 August, with Dave Artell & his side eager to avenge the disappointment of losing at Colchester in the week.

Match tickets are on sale from Crewe Alex until 3pm on Friday 24 August. Tickets are £3 cheaper if bought from Gresty Road in advance as opposed to in Carlisle on match day.

Tickets will be on sale until 3:00pm on Friday 24 August, subject to availability.