The Alex take on Notts County at Gresty Road looking to secure back-to-back home wins for the second time this season.

Despite that victory over Stevenage last time out on home soil, Crewe are actually on a run of seven defeats in the last eight games after the loss away at Yeovil on Saturday.

Notts County are currently flying high at the top of League Two, having lost just two games in all competitions all season long - the latest of those coming in their last away game at Mansfield Town.

The Magpies have former Alex favourite Matt Tootle in their ranks & will be looking to continue their fine start to the season, with Crewe Manager Dave Artell keen to eek out a positive home result.

The best way to take in the match is in person at the stadium, but if you can't make it, check out below the different ways you can stay in touch with the match. 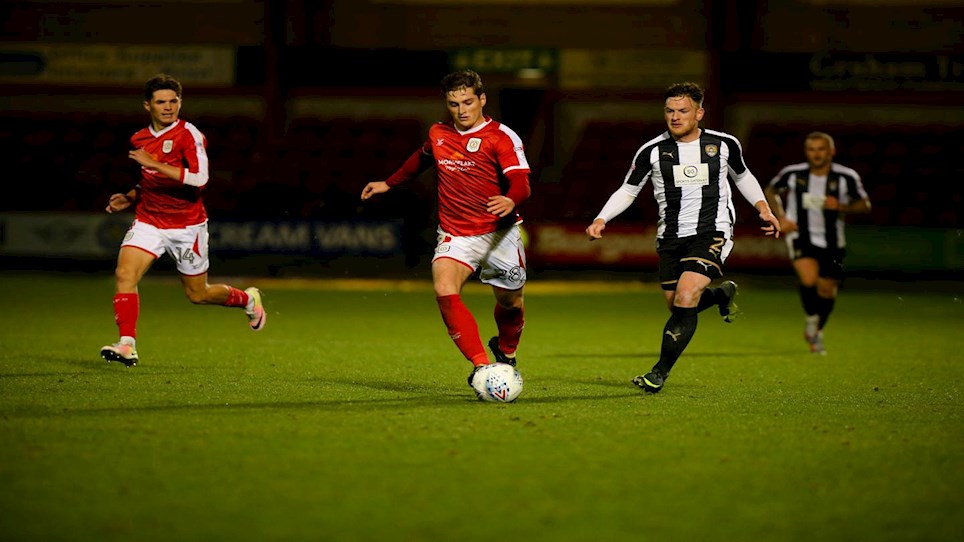 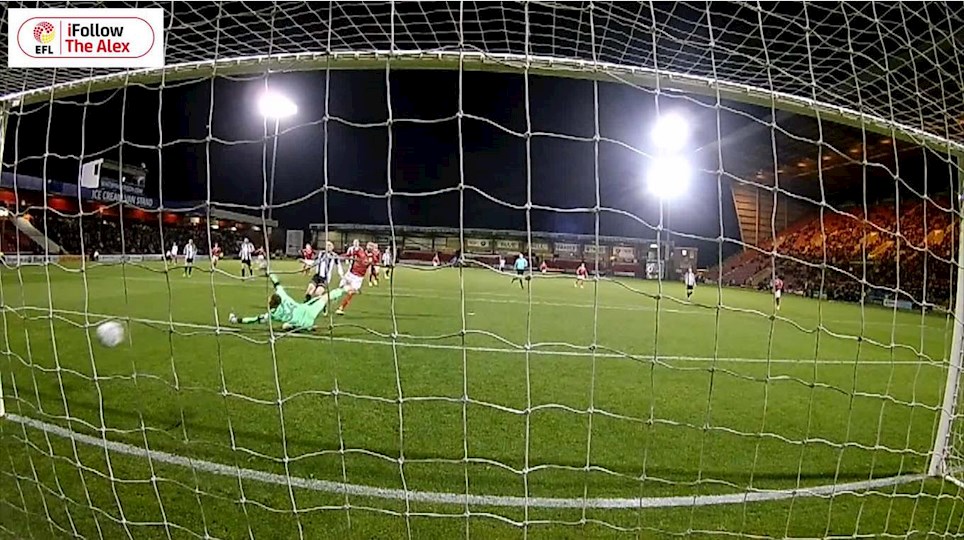 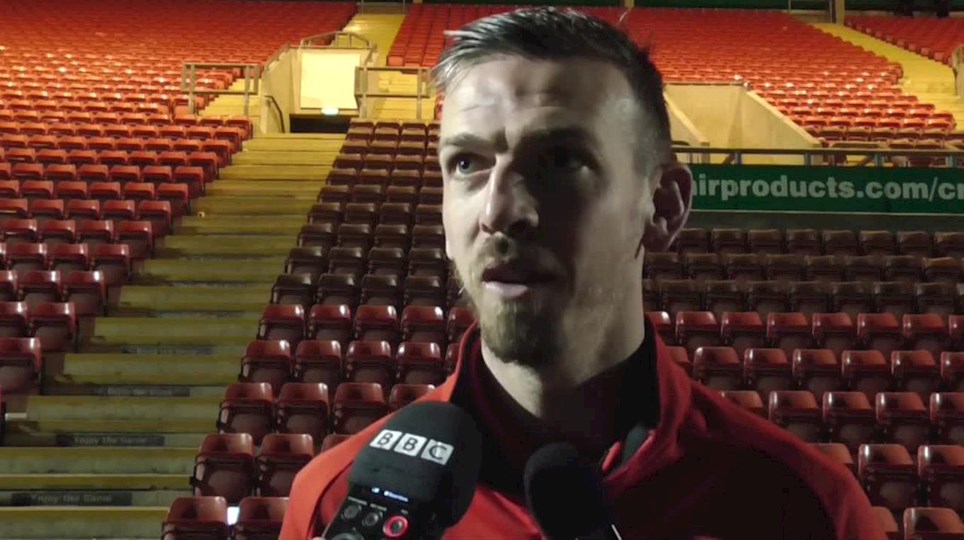 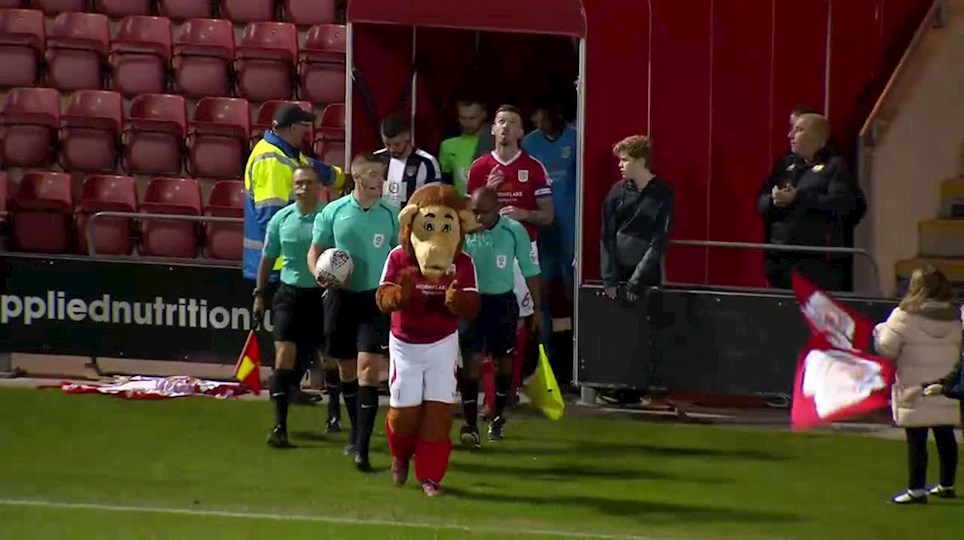 Crewe Alexandra produced their best performance and result of the season to defeat table toppers Notts County this evening. Goals from Michael Raynes and Jordan Bowery and a fantastic defensive display gave us a thoroughly deserved 2-0 victory over Kevin Nolan’s side.

The Magpies threw everything they could at us in the second period, but with a man of the match performance from goalscorer Raynes and his partner Eddie Nolan, David Richards was not hugely tested. When he was, he made a splendid save to save a Carl Dickinson free-kick just after the half-time interval.

David Artell named an unchanged side for the visit of Kevin Nolan’s Notts County this evening. Captain Chris Dagnall was ruled out of the squad with an Achilles problem resulting in a recall for young Owen Dale. Michael Raynes once again deputised as captain and certainly rose to the occasion.

There was also a first inclusion in the first-team squad for fellow Academy graduate Josh Lundstram, who has been performing admirably for the Under-23s.

Notts County named the former Crewe Alexandra full-back, Matt Tootle, in their starting line-up but Nolan elected to start with forwards Shola Ameobi and Jon Stead on the bench.

Crewe Alexandra set a fantastic early tempo at Gresty Road and went on the front foot against the inform Magpies. Callum Ainley found George Cooper early on by he couldn’t direct his shot on target and from a Tommy Lowery corner, Raynes headed straight at Ross Fitzsimons.

With Crewe eager to close down the opposition and stop Notts County from getting a foothold in the game, lifted the crowd inside the Alexandra Stadium. Cooper stole in at free-kick but couldn’t quite direct his low cross to a Crewe shirt inside the six-yard box.

Crewe continued to get the ball down and play and another encouraging move saw Cooper presented with a chance on the edge of the box. He shaped to shoot but his effort was deflected wide by Duffy.

Crewe’s competitive edge was excellent and we looked the more likely side to take the lead. Cooper slipped in Porter but his cross-shot was too close to Fitzsimons.

Just after the half an hour mark, Porter lifted an effort over the Notts County goalkeeper but his lob didn’t have enough purchase on it to take it over the goalline for what would have been a deserved opening goal for the Railwaymen. Duffy got back to clear.

Notts County produced some stunning crosses but with Nolan and Raynes remaining strong and heading everything out, Dave Richards wasn’t tested until he spilled a Liam Walker free-kick. He was let off as Lewis Alessandra slid into the Crewe goalkeeper to concede a foul. Lowery was booked for a deliberate trip when conceding the free-kick.

The referee played a good advantage after Porter was fouled by Elliott Hewitt and that allowed Callum Ainley to get the ball out of his feet and send a shot just over the top of the Notts County crossbar.

With a minute left on the clock, Crewe finally took a deserved lead. Another free-kick from Cooper was not dealt with at all well by the Notts County defence and with Porter making a nuisance of himself, Raynes stole in behind to lash the ball into the roof of the net from an acute angle. It was the centre-half’s first goal  for the club and thoroughly deserved.

Notts County were sure to step it up a gear in the second half and they created some early chances. Dickinson forced Richards into a smart save from a free-kick after Conor Grant was penalised for a  little pullback. From the resultant corner, Bowery produced a superb far post header to clear.

Ryan Yates also poked one just wide of the mark after a free-kick dropped to him.

On 57 minutes, Notts County made a triple substitution with unsurprisingly Grant, Stead and Ameobi all coming on. Forte, Walker and Hawkridge all made way. The first thing Ameobi did was foul Raynes. Stead meanwhile won two corners off Raynes as he started to run the channels.

Crewe also made a change with Walker replacing Lowery, who looked to have picked up a little knock. Walker’s height and physical presence certainly helped with the introduction of the two big strikers. He held firm and won a number of key headers himself.

Crewe rode the storm of possession but doubled the lead on 66minutes. George Cooper produced a sublime pass into Bowery and without breaking stride he finished fantastically well past Fitzsimons. It was his second goal in three games, following his winner against Stevenage and his finish put Crewe firmly in the driving seat. Ng was booked as the goal went in, as was Ameobi for a rather reckless challenge.

With 15 minutes left and Crewe defending their box so well, a hardworking Cooper was replaced by Pickering.

Crewe protected Richards so well that he was not forced into any more serious saves. Ameobi nearly reached a header at the far post but he was slightly put off by the diving Bakayago.

Porter was booked late on for catching Duffy in the side of his face as they both jumped for the ball but more good play from the impressive Ainley found Conor Grant and after a mazy run into the box he shot straight at the County goalkeeper.

The ex-Crewe man Matt Tootle had a late shot blocked and a late free kick from Dickinson was again headed out by Nolan. They had all worked tirelessly for a deserved clean-sheet and more importantly the three points.