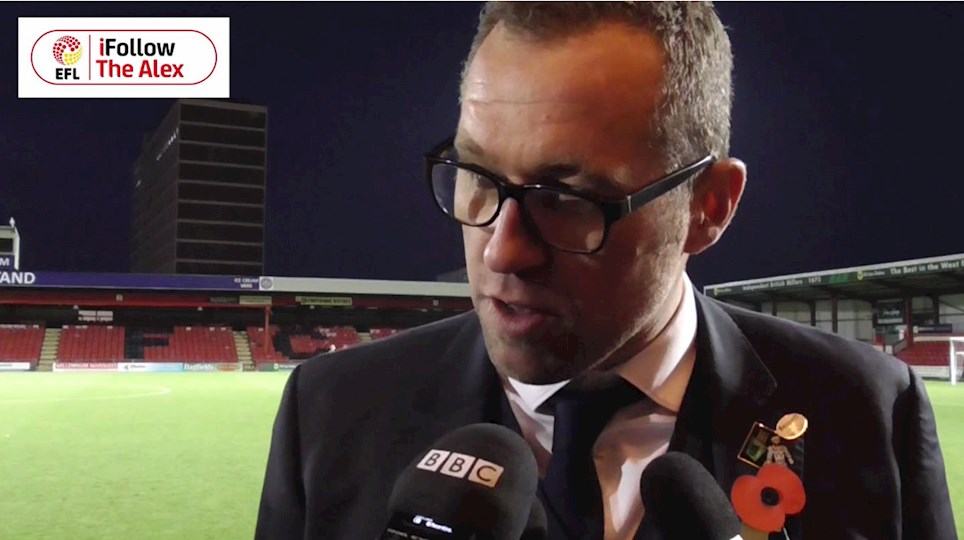 Reilly brace on his full debut not enough as Port Vale score four at Vale Park.

Crewe Alexandra ended a disappointing Checkatrade Trophy campaign with a third successive defeat in Group D but we made things difficult for ourselves by the manner in which we started the game at Vale Park. The Alex were extremely slow out of the traps and found ourselves two goals down inside the opening 10 minutes thanks to goals from Christopher Regis and a wonder strike from Anton Forrester.

After such a dreadful start, it took the Railwaymen a bit of time to settle into the contest but the club’s new fox-in-the-box Reilly turned in a low cross from George Cooper on the half an hour mark to halve the deficit.

The first goal in the second half was always going to be crucial and it was the man that Vale had introduced at the break, Billy Reeves, who got it when meeting Adam Yates’ terrific cross at the far post just after the hour mark.

Full debutant Reilly popped up again though with less than 20 minutes remaining to net his second goal and that set up a grandstand finish – but try as we might we couldn’t find that equaliser that would have taken it through to a penalty shoot-out and in the final minute of the game, Cristian Montano, raced clear to slot home a fourth past Ben Garratt.

Crewe Alexandra boss David Artell made the permitted changes for tonight’s Checkatrade Trophy tie at Vale Park. Goalkeeper Ben Garratt returned to the starting line-up, as did left back Zoumana Bakayogo and Eddie Nolan at right-back.

Sam Stubbs started the second game of his loan spell at centre-half alongside Michael Raynes. Charlie Kirk came in for the rested FA Cup match winner Callum Ainley and it was a new look forward partnership with youngster Lewis Reilly making his full debut alongside the experienced Chris Porter.

Port Vale certainly grabbed the early initiative by scoring the opening goal of the night inside the opening four minutes. Alex winger Charlie Kirk showed a great willingness to retreat in his defensive duties and but after regaining possession and heading towards his own goal, he surrendered the ball back too easily to James Gibbons and he laid on a plate for Vale’s debutant Christopher Regis. He calmly slotted it past Ben Garratt and into the far corner of the net.

The Valiants continued their early dominance and duly doubled their advantage before the 10th minute mark when Anton Forrester hit a fantastic strike into Garratt’s top left hand corner following what looked like an unfortunate slip in the Crewe back line.

It was still an unstoppable strike from the former Everton trainee and Crewe Alexandra had not got going at all in the Potteries. With Neil Aspin’s team enjoying their start, Nathan Smith tried his luck from distance but on this occasion, it whistled over Garratt’s crossbar.

George Cooper tried to ignite some energy into us as an attacking force but his low cross was cut out and cleared. Moments later, Kirk competed well inside the Port Vale box to create an opening for Porter but he shot too close to Ryan Boot.

On 15 minutes, Port Vale were presented with a good chance to make it 3-0 after Garratt could only palm a tricky cross down into his six yard box - but after Cristian Montano made mess of his shot. To be fair he had to wrap his boot around it and he was caught off balance when he made the connection – but it was still an almighty let off for the Railwaymen.

To their credit, Crewe remained in the contest and got back into the tie on the half an hour mark. Porter tried to bustle his way through inside the box and in doing so forced the ball out to Cooper. The winger quickly got the ball out of his feet before delivering a low, tempting cross and there was full debutant Reilly to guide it home from close range. It was a great moment for the Academy graduate and he thoroughly deserved it for anticipating that there could be an opportunity in there for him. It was a real poachers’ finish.

Port Vale’s Smith struck a well-placed free-kick straight into a stubborn Crewe wall but as the half went on the Alex began to have more joy in possession. A promising break from Kirk just saw him over hit his final cross beyond Reilly and Crewe couldn’t find an equaliser before the interval.

Port Vale made a change at the break with Billy Reeves replacing Michael Calveley. The home side had an early chance but after a bit of a messy scramble inside the Crewe box, Smith shot straight at a grateful Garratt.

Crewe’s first chance of the second half saw a really promising passing move fall through to Porter but he was adjudged to have strayed offside. Then from a Cooper corner, the ball fell invitingly for Brad Walker but he couldn’t quite adjust his body to get a proper connection on his shot and after firing it into the floor it was deflected over for another Crewe corner.

On the hour mark, Artell made his first change of the evening, introducing Ainley for Cooper. Vale also made a switch with Regis replaced by Dan Turner.

Three minutes later, Turner’s fresh legs saw him try to get in behind Raynes but the Crewe centre-half did well to hold him up inside the penalty area. The sub had the awareness though to tee up Forrester but he couldn’t keep his shot down.

Port Vale doubled their lead again on 65 minutes with another of their substitutes Reeves bravely attacking a splendid cross from our former youngster Adam Yates. It was a wicked delivery and Reeves got enough on it to guide it past Garratt.

Crewe tried to hit back immediately with Walker shooting from distance but Boot was equal to it and made a smart save.

On 70 minutes, Porter so nearly halved the deficit once again with a wonderful effort that Boot tipped onto the bar and over for a corner. Crewe made it count as well with the resultant corner first dropping to Kirk and although his effort was blocked, young Reilly was there again to turn home his second of the night. The Alex were back in the tie once again thanks to the Academy youngster.

With 13 minutes left, there was a suggestion that Walker had been tripped as he made his way forcefully into the Port Vale box but there were no major appeals from the Crewe players. Gibbons also made a timely block on a low shot from Kirk as he threatened to side foot his shot into the far corner. As Crewe increased the pressure, looking for a late equaliser, Ainley had another shot blocked inside a crowded penalty area.

Crewe continued to press forward and Kirk was denied late on at the far post, before a forceful run and finish from Montano sealed the win for the home side. He raced clear in the final minute and although he had the likes of Raynes and Bakayogo in hot pursuit, he kept his cool to slide it past Garratt for 4-2.

The Alex have already been eliminated from this year's competition after successive defeats to Newcastle United U21's & Oldham Athletic, but The Valiants can still progress with the right result.

CASH ONLY on the gate for our final 2017/18 Checkatrade Trophy tie. 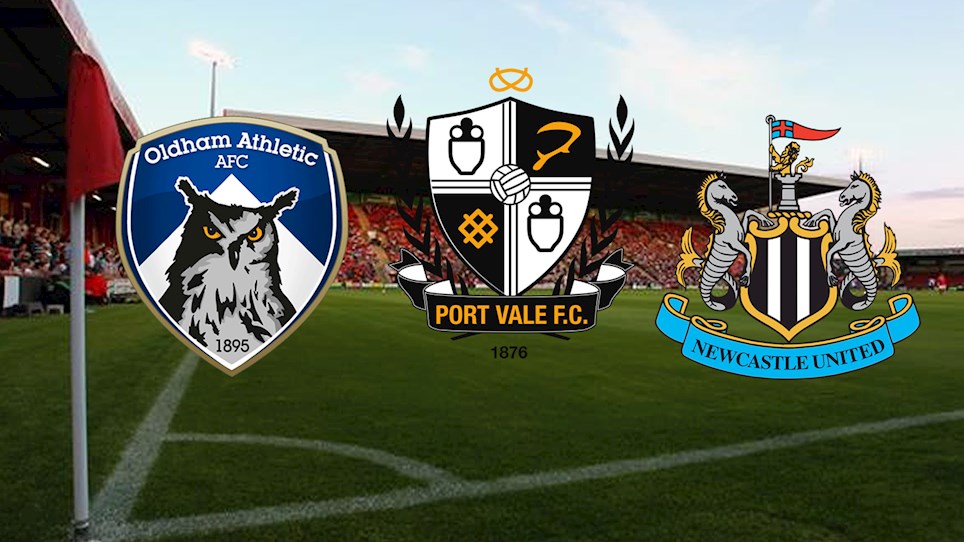