Unable to make it to Morecambe tonight? The Alex have you covered…

Crewe Alex head to Morecambe looking to arrest a run of eight way defeats on the bounce, the only joy on the road all season long coming with victory over Port Vale in August.

The Shrimpers currently sit two places and one point above The Alex in the Sky Bet League Two table in what is shaping up to be a crucial clash.

Crewe were unbeaten against Morecambe last season, winning 2-1 at Gresty Road last November, before grinding out a 0-0 draw at The Globe Arena in January.

The need for points is great for both teams, so it could be a fiesty game up on the North West coast.

The best way to take in the game is obviously in person at the stadium (tickets available at Morecambe, click here for more info) but if you can't make it, then take in the information below for different ways to follow the action! 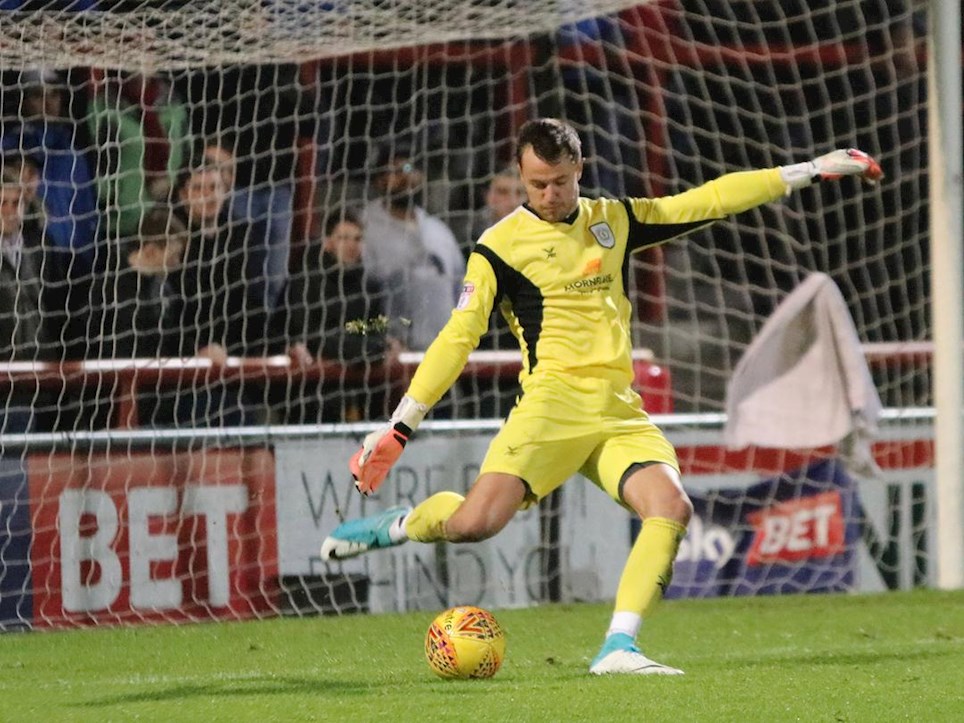 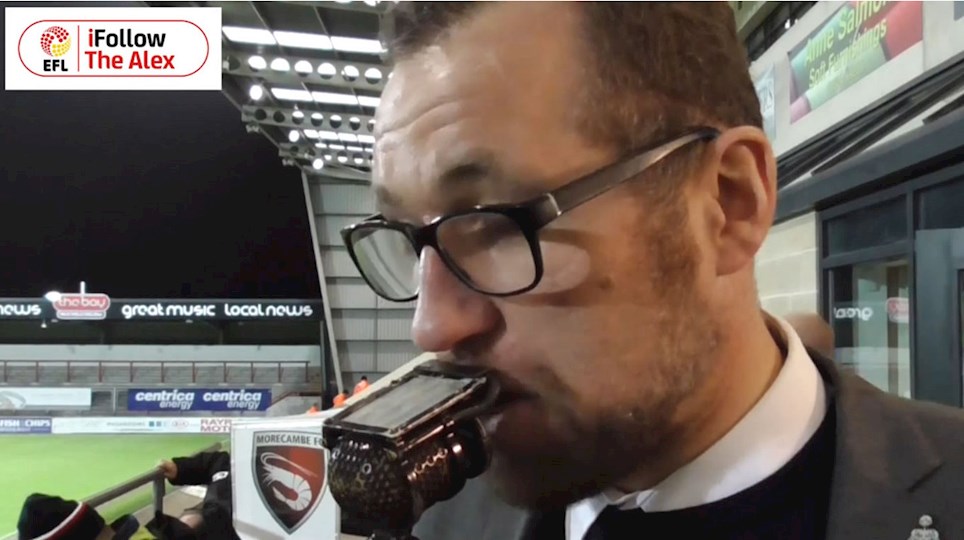 
What the press made of the late victory

Ng thunderbolt seals the points for the Alex.

Perry Ng’s powerful drive with just five minutes left gave Crewe Alexandra their first win since August. Ng, playing in a central midfield role collected a tidy pass from substitute Callum Ainley before unleashing an unstoppable shot past Barry Roche. Before the youngster’s memorable second career goal, the game was evenly poised and although it looked to be heading to a goalless draw, there were chances at both ends of the pitch.

Chris Porter had the better of the chances for the Railwaymen and Chris Dagnall was unfortunate to see a chance in the first half squeeze just past Barry Roche’s post. Morecambe’s danger man Kevin Ellison hit the woodwork twice for the Shrimps with one thundering the post in the first period.

A hard working and gritty performance from the Alex saw us collect three valuable points and  end a run of four successive defeats.

Following the agonising defeat at Forest Green at the weekend, David Artell changed his midfield for the encounter at Morecambe with Perry Ng and Harry Pickering lining-up in central positions. Callum Ainley and Conor Grant dropped out. Central defender Sam Stubbs was handed his first league start for the club alongside Brad Walker. Eddie Nolan switched to right-back and Zoumana Bakayogo earned a recall at left back.

The former Crewe striker Vadaine Oliver started for the home side and our former loanee goalkeeper Danijel Nizic was on the bench for Jim Bentley’s side.

In the opening couple of minutes at the Globe Arena, Kevin Ellison stole in at free-kick delivered by Adam McGurk but his back header was too close to Dave Richards. The Crewe goalkeeper was called upon to push another dangerous cross away and Ellison could not control it properly at the far post.

A fast start from the Shrimps should really have opened the scoring inside five minutes after an inch perfect cross from left-back Patrick Brough was tantalising for Garry Thompson to come in and head home but he made a mess of his connection. It was an almighty let off for the Railwaymen because Thompson had wandered in position completely free. He really should have scored.

Crewe weathered that early pressure to start having some possession of our own. Pickering and Ng were snapping into tackles and Cooper was a willing runner to get us up the pitch but genuine chances were limited. Captain Chris Dagnall tried to reach a Nolan cross and direct it goalwards but he was just beaten to it by the taller Steve Old.

Morecambe were forced into an early change following an injury to Aaron McGowan. He had to be replaced by Mitchell Lund.

Oliver, who was showing a good leap on him up against Stubbs and Walker, had a sight of the Crewe goal but from a tight angle he could only drive it over Richards’ crossbar. Walker was excellent both on the floor and in the air and was showing great composure coming out with the ball.

On the half an hour mark, Porter did well to retain possession close to the Morecambe box and his lay off to Ng allowed him to get a shot off but his effort didn’t quite have enough curl on it to trouble Barry Roche for the first time.

Moments later, Ellison was presented with a great chance after another forceful run from Brough. He ghosted in down the Crewe right hand side and pulled the ball back for the experienced Ellison but uncharacteristically he fluffed his first attempt but was able to recover possession. The winger got it out of his feet and was unlucky to see his shot strike the top of the Crewe crossbar.

On 34 minutes, Crewe’s most promising move of the night thus far saw the tenacious Dagnall get a yard on Old and fire inches wide of Roche’s far post. It was an excellent effort from the Crewe captain.

Five minutes before the interval, Ellison struck the woodwork for a second time with a blistering shot. The winger muscled in on Nolan and unleashed a powerful cross shot that beat Richards, but rebounded back off the inside of the post. It was some strike and Crewe had survived again.

Following a Cooper free-kick that was clipped into a crowded penalty area, the second phase saw Ng and Dagnall combine to tee up Nolan but he couldn’t direct his shot on target and a promising opening came to nothing. In first half stoppage time, another encouraging burst from Ng saw the ball drop to Cooper but his half volley from 20 yards cleared Roche’s crossbar.

In the opening minutes of the second period, Ellison took an early knock on his ankle from Nolan but was able to continue after shaking it off. Cooper then hit a first time pass that so nearly released Dagnall through the centre of the Morecambe defence but Old read it well to come across and clear.

A run from Nolan then saw him produce a teasing cross into the box and Bowery adjusted his body well to chest it towards Roche. It was inventive from the Crewe forward but a straight forward save for the vastly experienced goalkeeper.

On 50 minutes, Porter stole a yard inside the Morecambe box and Cooper had the ability to find him with an accurate cross from the left hand side but Old did well to make a timely block on his header. It was a promising start from the Alex.

On 55 minutes, Morecambe conjured up their first chance of the second half. The ball initially didn’t bounce kindly into the path of McGurk but after checking back on himself he still managed to get his shot off. Richards did well at the second attempt to get hold of it as Ellison rushed in for any slippages.

The home side then forced a succession of corners, but Crewe were standing firm and both Walker and Dagnall headed clear of danger. Ng was cautioned for catching Ellison before Morecambe made their second change with McGurk making way for Aaron Wildig.

On 65 minutes, Crewe produced an excellent move down the Morecambe left hand side. Nolan’s deft touch sent Cooper racing down the wing. He cleverly cut inside and drifted past a couple of tackles and when he pulled the trigger, his shot fell to Porter but he could only direct it straight at Roche. If Porter had been able to shoot either side of the Morecambe stopper it would have given him no chance.

Brough continued to be menace with overlapping runs and his cross to the far post found Oliver but he couldn’t steer his header goalwards. In fairness to the former Crewe man he appeared to have the body of a teammate in his way as the ball was swung over.

Callum Lang came on for Thompson for the Shrimps before Artell made a double substitution with Reilly and Ainley for Bowery and Cooper.

On 75 minutes, Ainley’s first involvement saw him release Bakayogo down the left hand side and his low cross picked out Porter but the experienced striker couldn’t get his effort on target. For a player of Porter’s calibre, it was a real chance and he didn’t need telling that he should have at least tested Roche after a super move from the Alex.

As the minutes ticked away, a free-kick close to the corner flag saw Wildig cross for the head of Old but Richards watched the flight of the ball to collect it with relative ease.

With five minutes remaining Crewe unlocked the Morecambe defence with a wonderful strike from Ng. Ainley did superbly coming off the wing from a throw in and he had the awareness to find Ng in space and the youngster cracked an unstoppable shot that flew past Roche from 25 yards. It was a fantastic strike to mark his second senior goal and the Liverpudlian slid in front of the bench before being mobbed by his teammates.

Reilly had a late chance to make it even more comfortable after Porter did well to lay on the chance for him but after getting the ball out of his feet, he was just crowded out. Crewe held on with Stubbs and Walker taking no messing at the back and our first away win since the Vale was deservedly achieved.


What the press made of the late victory