Cup fever comes to Gresty Road this weekend with the First Round of this years FA Cup taking place against the League One Millers.

The visitors were relegated from The Championship last season so didn't join the competition until the third round, but are currently on an impressive run of no First Round exits in the last seven years.

Crewe on the other hand have lost the last four First Round ties in a row, last progressing to Round Two in 2012 with a 4-1 victory over Wycombe Wanderers.

The odds are certainly stacked up against Crewe, but boss Dave Artell is a former Millers legend & he's confident his charges can get one over of his former side, whom his dad also supports, with a spot in the second round on the agenda.

The best way to enjoy the game is at the ground in person, with adults tickets £10, seniors £7 & juniors £4, but if you can't attend the game then you can stay in touch with proceedings in the following ways... 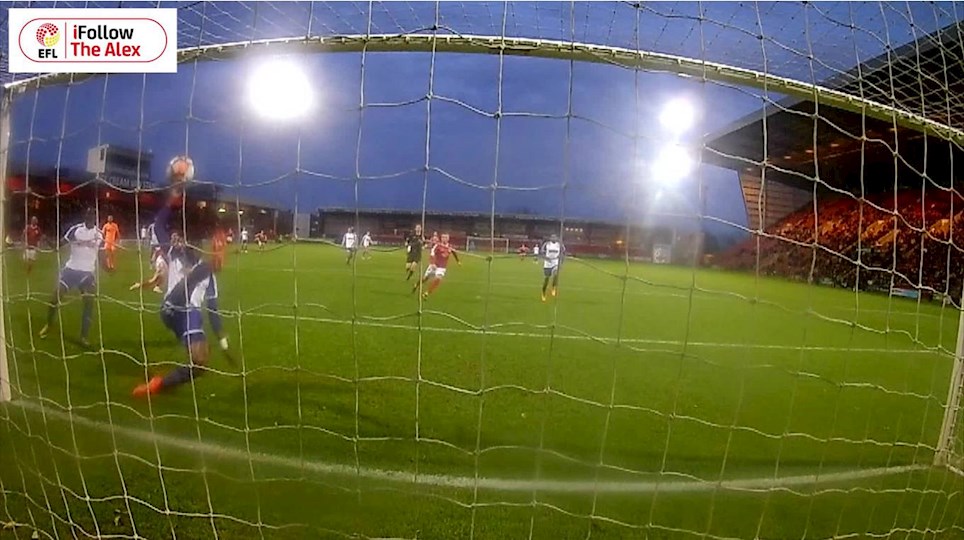 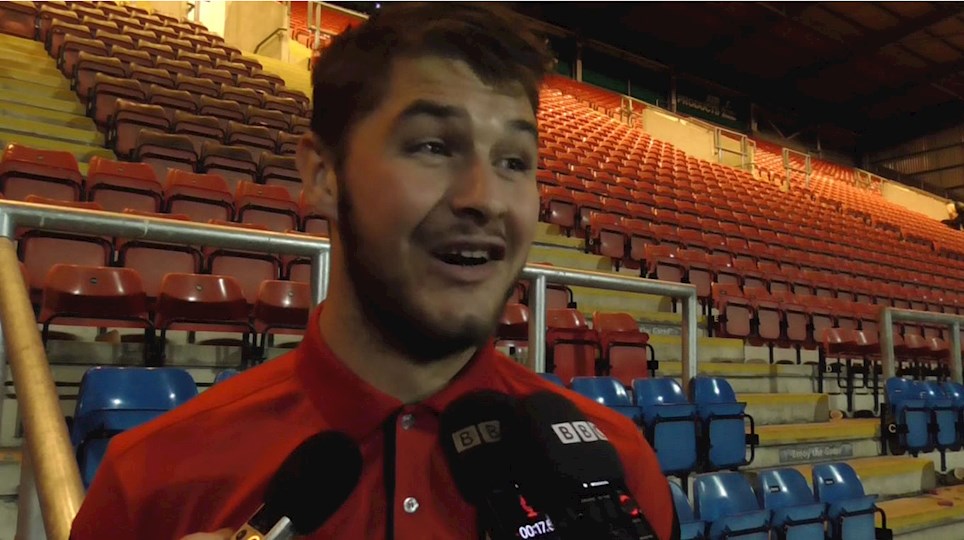 Crewe Alexandra staged a fantastic second half comeback to progress to the FA Cup second round for the first time since 2012. Second half goals from Brad Walker and Callum Ainley cancelled out Will Vaulks wonderfully struck opener on 21 minutes.

Crewe came out a transformed side in the second half and after Walker had headed us level inside the opening 60 seconds of the second period, we looked the more likely side to go on and win the tie.

A thrilling cup tie was settled in the 89th minute with Ainley doing brilliantly to race on to a long ball and after he controlled it, he managed to get up and guide it over the line. The Rotherham defenders couldn’t get it off the line and Crewe held on for a fantastic victory over League One opposition.

David Artell made three changes from the side that were beaten at Colchester United last weekend. With Michael Raynes returning from suspension following his red card against Accrington Stanley, he was back in the starting line-up for the visit of the Millers. Youngster Harry Pickering came in for Zoumana Bakayogo at left-back.

George Cooper was also recalled after only being used as a second half substitute against the U’s last weekend. Chris Porter began on the substitutes’ bench.

The on-loan Conor Grant and Sam Stubbs were both granted permission to be involved in the FA Cup for Crewe Alexandra.

Paul Warne’s side started on the front foot and winger Joe Newell was the visitors’ main threat out on the left wing. He had an early shot blocked at the far post by Perry Ng before the ball was worked out Will Vaulks and his 25 yarder was well held by David Richards as it skidded across the floor.

From a dubious corner given against Crewe, Newell flashed a dangerous cross across our six-yard box in the second phase of play. His wicked touch only needed a touch to cause trouble to Richards.

Tommy Lowery and Conor Grant were busy for Crewe in midfield and they had to be as Rotherham continued to have most of the possession.

With the Millers on top it wasn’t a major surprise that Rotherham took the lead on 21 minutes. The towering Kieffer Moore was a nuisance on the edge of the Crewe penalty area and as the ball was worked out to Vaulks, he had a good touch before bending a superb shot into Richards’ top corner. It was a wonderful strike to break the deadlock.

A minute later, Vaulks tried his luck with a similar effort but this time his effort didn’t quite have enough curl on it.

Crewe were finding it difficult to get up the pitch and we were struggling to get our front four in the game. The ball continued to come back on us and we were having to stand firm in our shape to contain the League One side.

Brad Walker did well to clear another dangerous centre from Newell and Raynes did exceptionally well to deny David Ball a clear run at goal.

A forceful run from Cooper saw the ball worked out to Pickering and he had the confidence to shoot over from distance. A corner from Cooper was nearly reached by the outstretched leg of Raynes. It was a more positive from Crewe but nothing was really dropping for us inside the Rotherham box.

Ajayi headed wide from a corner when put under pressure from Bowery before from another set piece, Darren Potter flicked an effort just past the far post.

Crewe ended the first half trying to conjure up some better chances. A fantastic ball from Ng was cut out by Richard Wood before it nearly reached Dagnall.

In the final minute of the half, Moore thought he had doubled Rotherham’s lead on the day after he forcefully headed home from a corner. There looked to have had been an infringement on Raynes just as the ball was going to be played over into a crowded box.

Raynes appeared to be fouled off the ball by Moore and to his credit the referee went over to discuss the infringement with his assistant. That is what they are here for and the official rightly indicated that the centre-half had been fouled and disallowed the goal. As the challenge had occurred with the ball out of play, he rightly reawarded a corner. Rotherham could not repeat the delivery that had given Moore every opportunity to attack it.

There was even time for Crewe to have an almighty shout for a penalty when there was a strong  appeal following a handball. The referee waved away our appeals.

The Railwaymen drew level within the opening two minutes of the second half. Dagnall was fouled to win a free-kick and Cooper delivered a wonderful cross. The Rotherham goalkeeper Richard O’Donnell appeared to come for the high ball and then retreat and that allowed Walker to out jump everyone and flick it home. It was Walker’s first goal for the club in a competitive game and it was perfectly timed.

The goal sparked even more life into the Alex and after raising the tempo, we were snapping into tackles. A cross from Cooper was destined for Bowery but Wood stood firm to clear. Bowery nearly took a long clearance from Richards down in his stride before Dagnall caught the Rotherham goalkeeper with a high foot after he challenged him. The Crewe striker was adjudged to be offside and O’Donnell was able to resume after treatment.

Williams was booked for a bad tackle on young Pickering and was soon subbed off for Taylor.

A long punt up the pitch from O’Donnell saw Pickering in a one v one situation with Ball but the youngster didn’t panic and he managed to clear the danger. He did fantastically well under pressure.

Crewe escaped a fantastically driven free-kick from Vaulks that clipped the top of the crossbar. At the other end, Conor Grant shot straight at O’Donnell. It was real end to end stuff. Vaulks dragged a shot wide for the Millers before Raynes had a header deflected over from a Cooper corner.

Perry Ng shot over after good work from Dagnall before Walker was booked for pulling Moore over as he threatened to get away from him.

Richards was called upon to make a smart save to deny Moore from close range before Bowery was withdrawn for Porter.

The game looked like it was going to present a late winner and Moore went close again from a corner as the Millers threatened to nick it in the closing stages.

It was Crewe though who grabbed the place in the hat. Ainley was played in down the left hand side by Porter and after he challenged O’Donnell, he had the awareness and determination to get up enough to get another firm touch on it and force it over the line for a dramatic winner. Semi Ajayi couldn’t get it away and  but it didn’t matter one jot to the Alex fans, who celebrated as we should.

Crewe had to defend deeper as the pressure grew on our goal, but Richards stood firm to push away a thunderbolt of a free kick from Vaulks. The Railwaymen held on for a splendid cup win that may just give us a boost in our league form as well.

Crewe Alexandra's FA Cup First Round tie with Rotherham United will take place on Saturday 4 November with a 3pm kick-off.

Tickets for the clash at The Alexandra Stadium are on sale NOW and are priced at £10 for adults, £7 seniors & £4 for Under 16's.

Should the match end in a draw, a replay will take place at The New York Stadium with match & ticket information to be released if necessary.