High-flying Luton come to Gresty Road off the back of consecutive 7-0 & 3-0 victories in the past seven days over Cambridge United and Carlisle United respectively.

The Hatters sit top of the tree in Sky Bet League Two after an impressive first four months of the season that has seen them win 11 of their 19 games.

Crewe ended an eight-game losing streak away from home on Tuesday night at Morecambe, but the home form has been far more encouraging despite losing 4-1 last time in front of the home supporters against Lincoln City.

There have been four wins & two draws at the Alexandra Stadium in ten games on the home patch, and Dave Artell is hoping to use that to his advantage, with Luton generally more convincing on their own turf also. 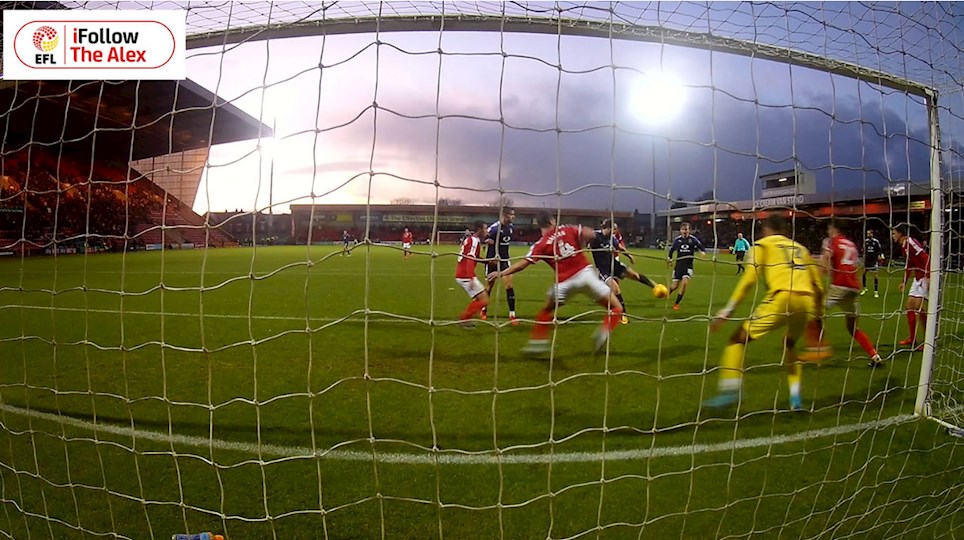 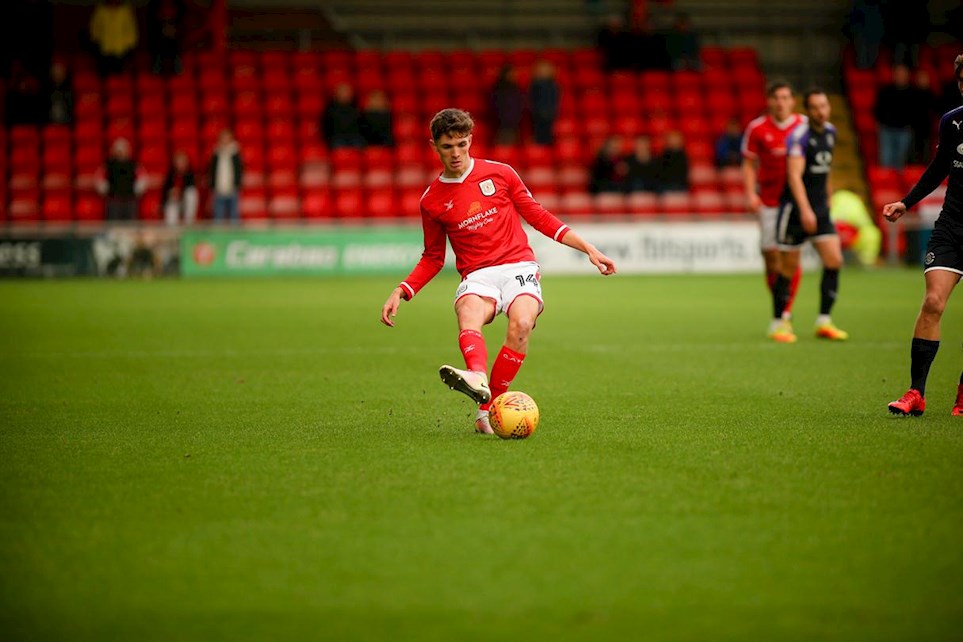 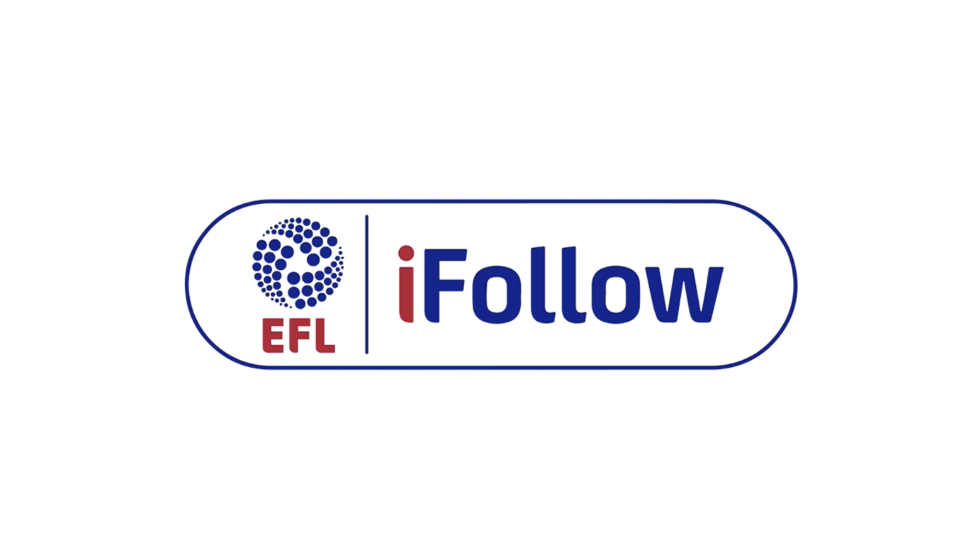 Luton Town stay top of EFL League Two following a 2-1 win but they were made to work extremely hard for their victory at the Alexandra Stadium.

All the goals came in the second half with Luton going two goals ahead through goals from leading scorer Danny Hylton and Luke Berry before an own goal from Johnny Mullins ten minutes from time set up a grandstand finish.

Crewe couldn’t force home an equaliser in those closing stages but Luton certainly had to show some character to see out the win and remain top on goal difference.

Despite winning 1-0 at Morecambe on Tuesday evening thanks to Perry Ng’s late winner, David Artell alerted his formation to play with three at the back for the visit of free-scoring Luton Town.  Callum Ainley and George Cooper started as wing-backs with Eddie Nolan, Brad Walker and Sam Stubbs making up the defensive trio.

Reverting back to three in midfield, Conor Grant was also recalled to the starting line-up. Jordan Bowery and the injured Zoumana Bakayogo dropped out of the starting XI. Bakayogo was ruled out after rolling his ankle in training, so young full-back Luke Offord was drafted into the senior squad for the first time.

Crewe made a positive start to the game with Cooper racing forward and nearly picking out Dagnall with an early cross. Then from a free-kick won by Conor Grant down the right hand side, Cooper’s delivery just couldn’t quite reach Brad Walker at the far post.

Nathan Jones’ Luton side were always a threat though and after forcing a couple of early corners, the lively Elliott Lee stole in behind the Crewe back line but he couldn’t direct his volley on target.

Crewe pressed forward in the early exchanges and Marek Stech had to react well to save with his knee after Dagnall threatened to get onto a knock down from Porter. The Luton goalkeeper did well to just about smuggle it behind for a Crewe corner. It was really promising from the Alex and the midfield trio were working hard to contain the visitors and they were showing great energy and a desire to snap into tackles.

Cooper put over another dangerous cross that the Luton captain Alan Sheehan did well to clear behind for another corner. Ainley also hit a low shot that only needed a positive touch from Dagnall to divert it home at the far post.

Luton began to gain more control of the game though as the half progressed. Luke Berry tried to play in Elliot Lee and as the ball ran towards the by-line, the covering Brad Walker tried to see the ball out of play but Lee read his intentions and nipped in behind. His cross was headed away from Pickering before Hylton could pounce.

The visitors did have the ball in the net though an Elliott Lee header at the post but he was correctly adjudged to have fouled Ainley as the ball reached him.

Referee Graham Sailsbury played a good advantage after Cooper was fouled, to allow Porter to find Dagnall but his well struck shot took a deflection to send it behind for a corner.

The league’s leading scorer, Hylton continued to head for the far post and his clever knockdown towards the end of the first half presented Lee with a really good chance but the Alex defenders in front of him, threw themselves in front of his shot to deflect up and onto the top of the netting.

Luton Town were certainly on top as we headed towards the first half interval but Crewe were standing firm and defending with a real resilience to keep them out.

At the break, David Artell made a change with Bowery replacing Ainley.  Bowery was involved early on and he found Dagnall in space and his cross was met by the head of Porter but he couldn’t force Stech into a save.

Perry Ng was booked for a foul but it didn't prevent him from getting around the pitch and putting challenges in.

At the other end, Stubbs had to make a timely tackle to prevent Harry Cornick from getting away and Dagnall stood firm again to head a free-kick from Stacey away from our box. We were defending our box extremely well.

The Luton substitute Andrew Shinnie replaced Cornick and injected some zest to the visitors attack.

Luton continued to look the more likely side to take the lead and a forceful run from Stacey forced Richards to leave his line and juggle the ball away from the danger zone and Olly Lee could only hit it over the top.

Following their building pressure, it was no surprise that Luton took the lead on 63 minutes. Elliott Lee did fantastically well to reach the by-line and although his low cross was deflected out, there was Hylton to fire home in and off the crossbar for his 13th of the season.

The Hatters doubled their lead four minutes later and Crewe only had themselves to blame for our downfall. The lively Shinnie took full advantage of us surrendering possession too cheaply and he pulled it back for Berry to slot home past Richards.

Going 2-0 behind, Crewe lost their way for a bit and became sloppy in possession. Artell swapped Reilly for Conor Grant to get an extra for forward on the pitch and bascially went for broke in the hope that a goal in our favour would change the complexion of the final quarter.

With just 20 minutes left, Crewe were caught in possession in the centre of the pitch and Luton should have made it 3-0 after Berry fed Shinnie in on goal, but he was denied superbly by Richards and so was Hylton in the follow up.It was a great double save from the Alex goalkeeper that kept us in the game at that stage.

Crewe slowly got themselves back into the game. Porter glanced a header just wide before we got ourselves real hope after Mullins send a cross from Nolan past his own goalkeeper. With just 9 minutes left, it set up a grandstand finish and from seemingly cruising to victory, Luton were sitting back and inviting pressure on. They made a couple of late subs to try and kill our growing momentum.

The Alex had a real go in the final few minutes but couldn’t quite create that late chance. Both Porter and Bowery were presented with half chances but couldn’t direct their headers on target and the Hatters held on for victory.

Alex host league leaders this weekend. Come and get behind the Railwaymen.

Can Crewe Alexandra build on their fantastic result against Morecambe against many people’s favourites for the League Two title in Luton Town?

The Hatters currently top the league ahead of Notts County on goal difference.

Come and get behind Dave and the lads at Gresty Road this weekend. Call the Ticket Office on 01270 252610 or why not pop in.