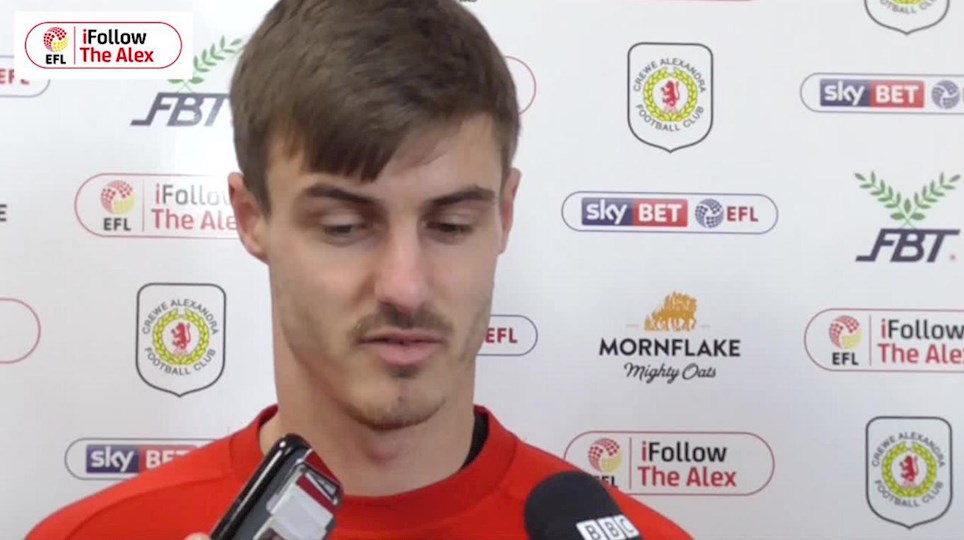 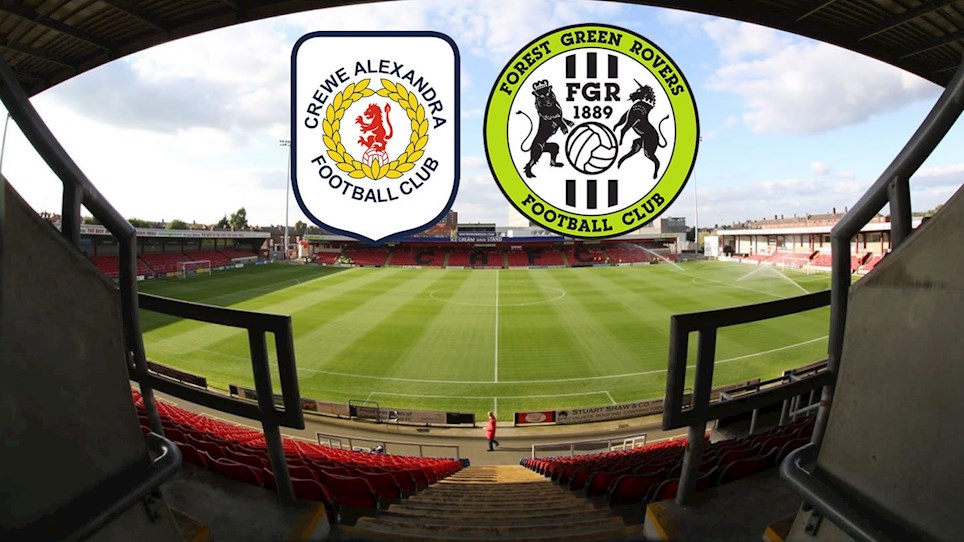 Crewe Alexandra moved on to 40 league points with a deserved 3-1 win over Forest Green Rovers.

Man of the match Jordan Bowery scored a brace to take his personal tally to 10 goals for the season and Charlie Kirk netted his third of the campaign to put the game out of Forest Green’s reach. The visitors pulled one back through Dayle Grubb on 64 minutes and they later hit the crossbar through substitute Alex Bray but it would have been harsh if Crewe had not collected the victory after a really positive performance.

David Artell was forced into three changes from the side that narrowly lost to Coventry City on Saturday. First choice full-backs Jamie Sterry and Zoumana Bakayogo were ruled out with knocks sustained at the weekend, as well on-loan forward Shaun Miller. With those players absent there were recalls for Callum Ainley, who replaced Bakayogo early on against the Sky Blues, midfielder Tom Lowery and the on-loan Harry McKirdy.

After getting minutes under his belt for the Development Squad on Monday, midfielder James Jones was named on the substitutes’ bench for the first time this season. The Scotland Under-21 International has not featured after suffering a pelvic and knee injury during the campaign.

Forest Green Rovers named our former Academy graduate Chris Clements in their starting line-up but they were missing their leading marksman this season, Christian Doidge.

Playing at home for the second time in four days, Crewe Alexandra had to be in the ascendancy from the off. The first half chance for the Railwaymen duly arrived after just five minutes. Ng drilled a shot just wide past the target after some promising build up play.

Crewe continued to try and get on the front foot as much as possible and after more good play from Lowery and Ainley, Bowery’s whipped over cross just needed a decisive touch.

The Alex were firmly on top and after a strong run from Lowery, he won a corner that was cleared by the under pressure visitors.

Some great skill from Ainley close to the by-line then saw him provide another wicked cross but it was cleared as far as Pickering. The youngster had a positive touch before he struck a powerful drive from 25 yards that cannoned off of Cameron Belford’s post.

As expected, Mark Cooper’s Forest Green Rovers side were keen to get the ball down and play their trademark football. They attempted to retain possession by passing it short and accurately. They are a club that certainly stick to their principles and are attractive on the eye.

The visitors’ first real venture into the Crewe half of the pitch resulted in Dayle Grubb shooting tamely at Garratt. Crewe would have been annoyed if he had found the net because there did appear to be a handling offence in the build-up. Ray also made a timely challenge to stop Reid in his tracks.

Crewe’s dominance continued and we put over a succession of crosses that threatened the Forest Green box. Green laid off a pass to Lowery on the edge of the box and his spinning shot just drifted wide of the far corner.

Kirk was a major threat and after having a shot blocked before his cross just evaded an onrushing Green.

Another good chance was created by Kirk, who found the overlapping Ng in space inside the box. The right-back set himself but he shot over the top of the crossbar.

Crewe needed to make their possession count with a goal. McKirdy tricked his way off the by-line before having his cross-shot blocked and rebound behind for a corner.

Forest Green Rovers threatened to break and Pickering was booked for stopping it in its tracks. The visitors tried to stem the flow and the game did go a little scrappy. It was littered with free-kicks to break up our momentum.

Reid fired a free-kick into a Crewe wall and then Garratt claimed a cross that was destined for Reid’s head.

Charlie Cooper and George Ray clashed as the Forest Green midfielder tried to pick up the defender as he laid injured.

After a period of free-kicks, Crewe finally made their dominance count in the final minute of the first half. Ainley appeared to be caught by an arm and Pickering’s tempting free-kick enticed Cameron Belford from his line. Jordan Bowery showed great bravery to stick his head in where it’s hurt and after getting a touch, it bounced deservedly over the line.

Forest Green Rovers made a double change at the break with Bray and Campbell replacing Cooper and Clements.

Harry McKirdy had a great chance to make it to 2-0 early on after he robbed Gavin Gunning but after racing through on goal, he lifted his final effort over the crossbar.

Crewe got in the habit of conceding too many free-kicks but were standing firm in defence. Ray headed most things clear and Garratt came and collected a number of high balls.

Kirk made it 2-0 on 59 minutes. The excellent Ainley was the creator again with a forceful run and his pass through to McKirdy was cut out, but Kirk reacted quickest to the loose ball and he confidently shot past Belford for his third of the season. It was no more than Crewe deserved and it got even better two minutes later. Ainley again was unstoppable and after looking to be felled in the build-up, to his credit  the referee played a good advantage and Bowery drilled home a third goal in off the post.

Crewe were firmly in the driving seat but to their credit, the visitors hit back on 64 minutes. Garratt came for a punch and got something on it but after it wasn’t cleared enough, Grubb drilled it home for 3-1.

Bowery was a lynchpin for the Railwaymen, he chased everything down and showed great energy to lead the line and occupy the Forest Green back line. He was helped by McKirdy and then his replacement Dagnall.

Daniel Barlaser also came on late on for the hard working Kirk. Forest Green tried to press and look for that second goal that may have given them a late lifeline but we were stading firm with Ray and Nolan excellent again and full-backs Ng and Pickering showing they can switch from midfield and into the back four with relative ease.

Their best chance fell to Bray late on after a scramble in front of Garratt but his lifted shot from close range stuck the crossbar and rebounded to safety. There were no more major moments of concern and we comfortably saw out the five minutes of stoppage time to record a deserved three points.

Rovers produced a stunning comeback in the reverse fixture at The New Lawn in November, scoring two late goals to win the match 3-2.

The game takes place at The Alexandra Stadium on Tuesday 20 March, 7:45pm kick-off.