The Alex's last match at home came almost a month ago, with the late heartbreak against Exeter, but since then there has been an emphatic 4-1 victory at Lincoln & a 2-2 draw at Stevenage.

The Sky Blues have picked up their form recently having gone through a rough patch, winning 1-0 at Wycombe before triumphing by the same scoreline at home to Barnet last weekend.

It's a tough one to call with Coventry chasing the play-offs and Crewe looking to pull further away from relegation danger, but it's sure to be an exciting game at the Alexandra Stadium. 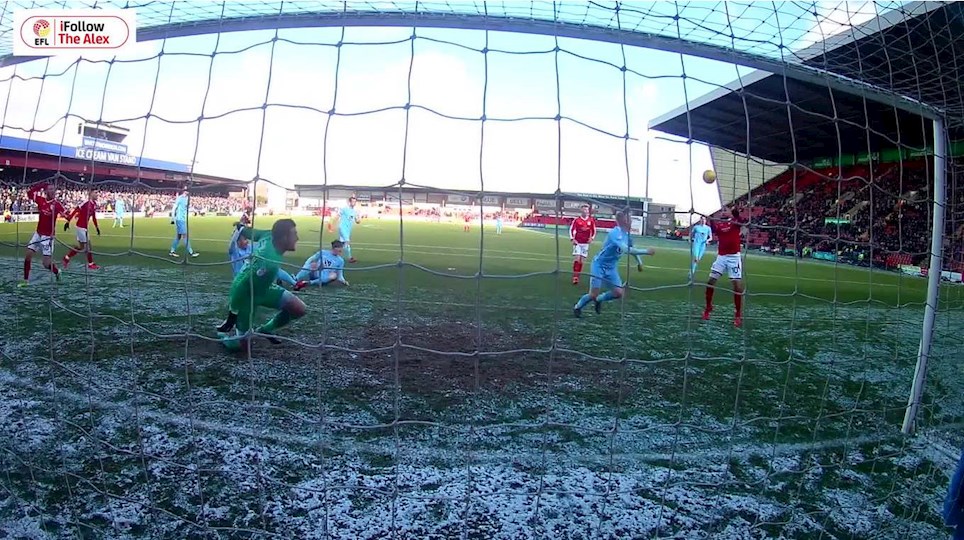 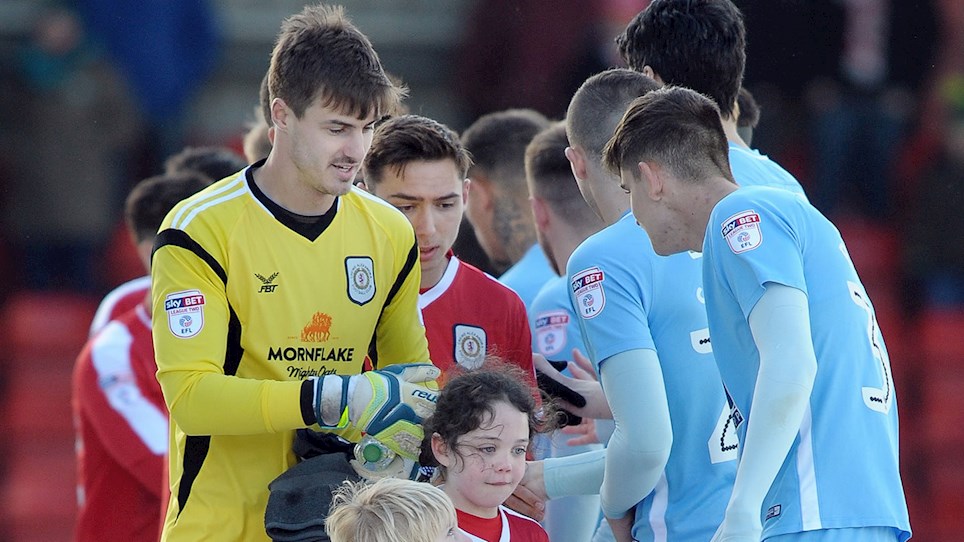 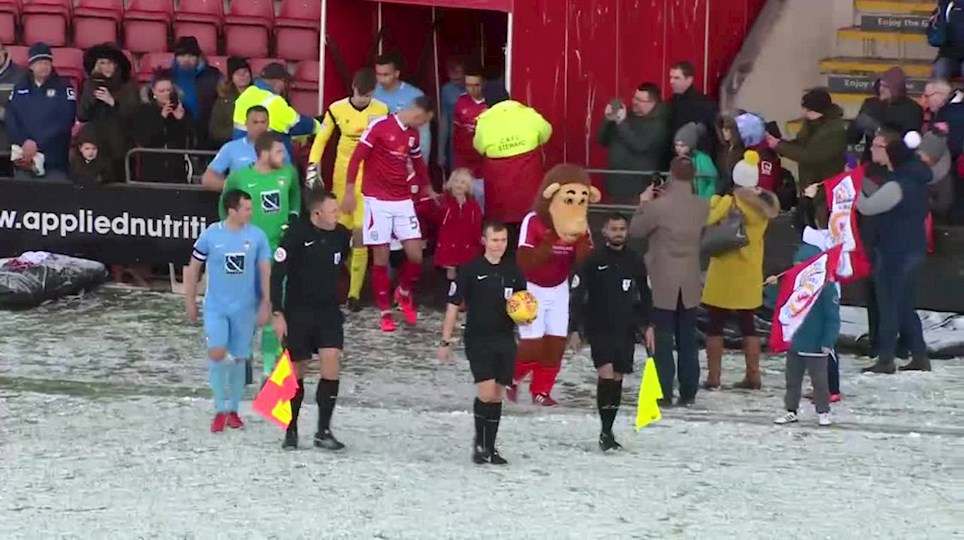 Crewe Alexandra boss David Artell had remarked in the week that opponents Coventry City would present the toughest test of the season and so it proved with goals from Jonson Clarke-Harris and Tom Bayliss giving the promotion hunters a precious three points. Crewe made them work hard for their return and drew level on 33 minutes with Jordan Bowery nodding home from close range after Liam O’Brien had pulled off a stunning save to deny Paul Green.

Under Mark Robins, the in-form Sky Blues are cemented in one of the play-off places and deserved to win the game after being more clinical on the day. All the goals came in an eventful first half and the second half never hit the heights of the first period. The conditions certainly didn’t help in making it a spectacle.

On-loan defender Jamie Sterry returned to the Crewe Alexandra starting line-up after missing last weekend’s 2-2 draw at Stevenage with a thigh strain. With Sterry returning from injury, there was another position change for the versatile Perry Ng, who moved back into midfield. Tom Lowery was the unfortunate one to drop out of the starting XI.

Experienced striker Chris Dagnall passed a late fitness test to take his place on the Crewe Alexandra’s substitute bench. Dagnall came off against Birmingham City’s Under-23s on Tuesday as a precaution.

Coventry City were without their first choice goalkeeper Lee Burge after he was ruled out through illness but his understudy Liam O'Brien pulled off two fantastic saves in the game.

The game started in freezing conditions, with a sprinkling of snow covering half of the pitch where the top of the main stand shadows the playing surface.

Sterry, who spent time on loan with the Sky Blues last season had an early chance after good work from Paul Green and Ng, but the full-back couldn’t quite direct his shot on target to test stand-in goalkeeper Liam O’Brien.

The opening goal from the visitors came after only five minutes of play. The Alex backed off forward Johnson Clarke-Harris far too much thus inviting him to enter the penalty area and drill his shot past Ben Garratt. The shot may have taken a deceptive deflection off the Crewe captain George Ray on his way in. Either way, Crewe were their own worst enemy by the manner of their defending.

Crewe tried to hit back and after Miller superbly controlled a long pass from Green, his cross into the box was just too long for Pickering coming in at the far post.

On 20 minutes, Zoumana Bakayogo was forced off with an injury and was replaced by Ainley. Pickering switched to left-back.

Eight minutes later, Crewe conjured up their best opportunity of the half thus far. Bowery showed great willing to chase down a ball from Green in the left channel and his superb cross picked out the rushing Miller. He must have thought he had scored after making a strong connection with his head but O’Brien produced a stunning save to keep it out. For the second week running, the Crewe striker had been denied by a fantastic save.

From the resulting corner, Nolan was under pressure but still managed to head a yard wide of the target. Ray was booked for Crewe following a high boot.

Crewe drew level on 33 minutes after a fine passing move. After being slipped in down the right hand side, Ainley cleverly pulled the ball back and into the path of Green. He was denied by another really good save by O’Brien but the ball spun invitingly into the air and Bowery kept calm to nod home his eighth goal of the season. It was no more than Crewe had deserved after playing their way back into the game.

Coventry responded though and Ray had to perform a timely interception to cut out an cross from Clarke-Harris and after a couple of scrambles in front of Garratt, we had to stand firm to deny the Sky Blues taking the lead again.

Winger Tom Bayliss grew into the half and began running at us despite the difficult conditions. One such forceful run saw him pick out Jordan Shipley but instead of shooting first time, he cut back inside and was crowded out by some desperate, retreating defenders.

We didn’t take heed of Bayliss’ trickery and with two minutes of the half remaining, he drifted unopposed into the Crewe box before firing low past Garratt. It may well have grazed the post on the way into the Crewe net but it was again too easy for the Coventry wide man to take the ball from deep and travel into our area.

There was still enough time for Pickering to fire a late free-kick over the Coventry crossbar after Nolan had been felled on the edge of the box.

At half-time, Bayliss was replaced by Liam Kelly.

At the beginning of the second half, more good work from Sterry created half an opening for Kirk but the winger couldn’t quite get a good enough connection to really test O’Brien. At the other end, Garratt was right behind a powerful shot from danger man Clarke-Harris.

A fluent move from the Railwaymen saw Miller find Green and he in turn found Kirk but his fierce shot was blocked. As we pressed trying to find a second equaliser, Miller flicked a Kirk cross wide of the mark.

The chances became more sparse for either side and the ball spend more time in the air. It began a bit more scrappy but in blizzard conditions it wasn’t difficult to see why.

Sterry had a deflected shot spin out for a corner or so it seemed but the officials didn’t see it much to the annoyance of the home crowd. Everyone heard the deflection on the shot never mind saw it!

To try and get back into the contest, Artell introduced McKirdy and Dagnall for Bowery and Miller but still the genuine opportunities never materialised.

Crewe huffed and puffed but couldn’t conjure up a chance to snatch a valuable point.

As we chased a late goal, Ray did well to block a shot from Kelly and Coventry’s sub Reid shot wide on the counter attack.