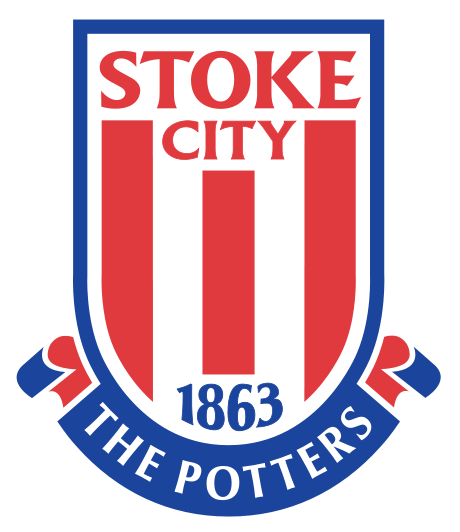 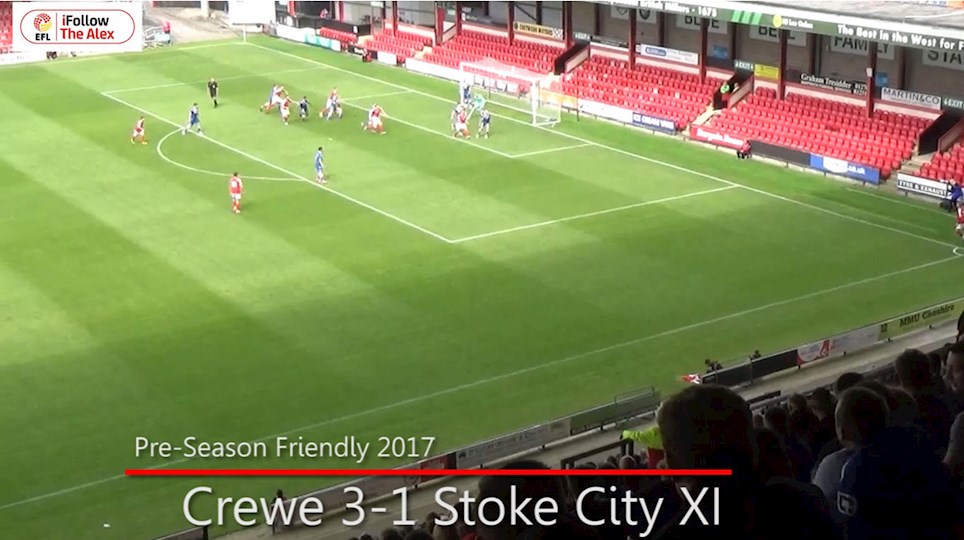 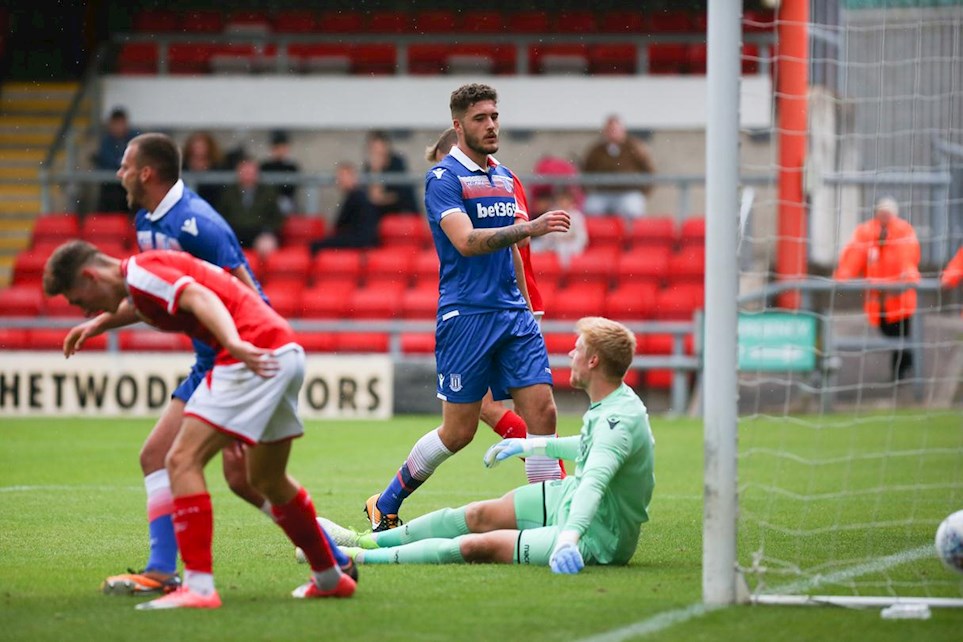 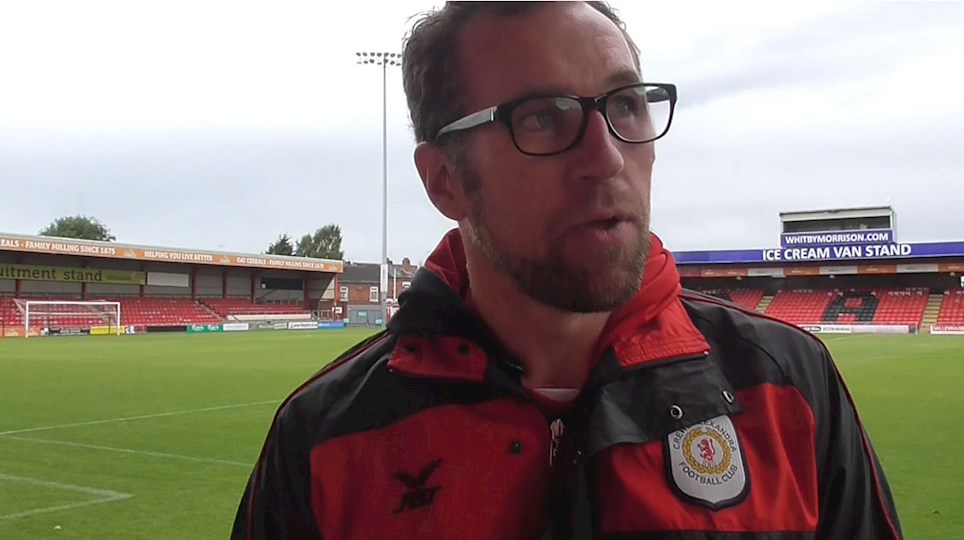 Crewe Alexandra ran out 3-1 winners against a Stoke City XI side thanks to first half goal from Man-of-the-Match George Cooper and summer signings Chris Porter and Eddie Nolan.

Stoke’s scored a late consolation goal through Mark Waddington. The midfielder cost Ben Garratt and his defenders their clean-sheet.

For the visit of our local neighbours Stoke City, Crewe Alexandra boss David Artell welcomed back Chris Porter and Brad Walker from their slight injuries. Experienced forward Porter was not risked away at Bury after complaining of some discomfort when he was participating in a shooting drill during the warm-up.

Walker missed the pre-season defeat at Macclesfield Town on Tuesday night after suffering with a tight muscle. He didn’t feature at Moss Rose as a precautionary measure, but returned to play in a flexible back three alongside Michael Raynes and Eddie Nolan. Perry Ng and George Cooper operated as wing-backs with youngsters’ Ryan Wintle and Tom Lowery in central midfield.

Callum Ainley, Chris Dagnall and Porter led the attack at Gresty Road against a Stoke City made up of their young Development players. Glynn Hodges took charge of the Stoke City team.

Crewe created the first half chance of the game in the opening few minutes. Cooper provided the cross to the far post but Porter couldn't quite get a definite touch on it to test goalkeeper Jakob Haugaard.

The visitors got in behind us when Ollie Shenton slipped in Tyrese Campbell but Raynes got acros to make the interception and turn it behind for a corner.

Ainley dragged a shot wide of the target following a forceful run from full-back Perry NG before Crewe opened the scoring on 25 minutes. NG was again involved and Lowery switched it over to Cooper on the left. He skipped around Scott Wara and as the ball sat up nicely he unleashed a fantastic strike by the helpless Stoke goalkeeper from over 20 yards.

Cooper lifted a shot over the top of the crossbar and Campbell did likewise at the other end after a swift turn on the edge of the penalty area.

Crewe doubled the lead on 38 minutes. Cooper’s accurate cross found Porter and he applied a deft touch to decisive Haugaard. The Stoke City goalkeeper would not be too pleased that the ball travelled through his legs and across the line.

The second goal sparked a torrential downpour but Crewe continued to dominate the proceedings. Ng drew another smart save from Haugaard at his near post with a left-footed shot but from the resultant corner, the Railwaymen extended the lead. Cooper was again the creator with a superb cross and Eddie Nolan nodded home at the far post.

Chris Dagnall went close to adding his name to the scoresheet. His curling shot from the left just clearing the far post.

The second half started with Lowery threading an inch perfect pass through to Porter but the Stoke City substitute Harry Souttar did enough to prevent him having a clean run on goal. He did enough to divert it back to his goalkeeper.

Crewe played some good football and the combination play between the front players was good. Porter had a shot deflected though to the Stoke goalkeeper after move good play from Dagnall and Cooper.

Cooper continued to produce excellent delivery and a few of his crosses just needed a tough across the six yard box.

Dagnall should have got the goal he deserved after a superb run and pull back from Ainley and NG fired wide after being found by Cooper.

The interchanging and flow continued until the last quarter of the game, Crewe looked the more likely side to score again.

Ng went close to making it 4-0 with a great effort with his outside of the boot before Stoke registered their goal through Waddington’s excellent strike with four minutes left.