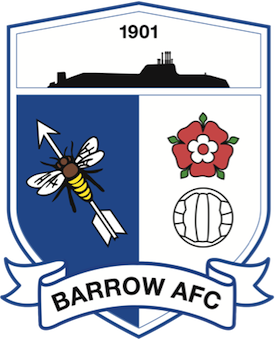 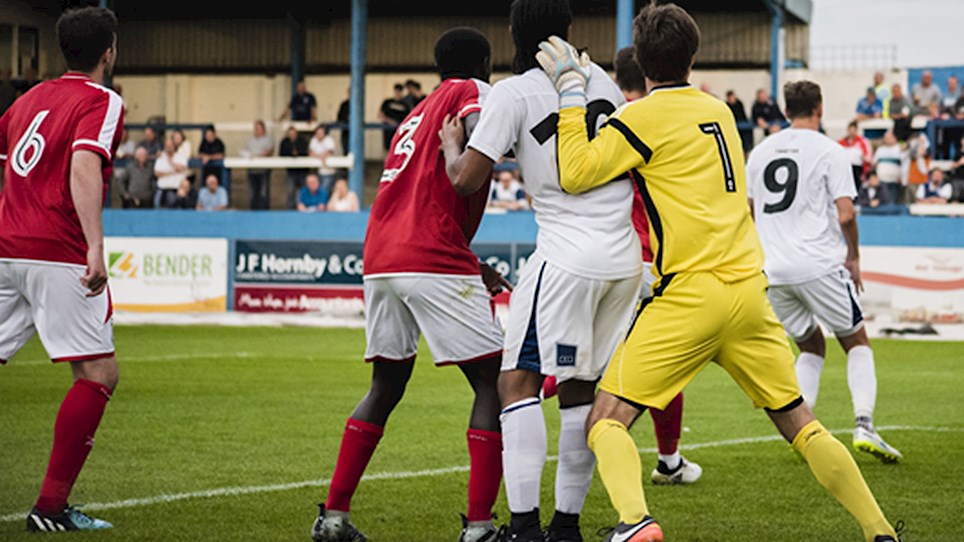 David Artell certainly got what he was after against a tough Barrow side this evening. Crewe had to deal with the home side's competitive spirit and were placed under pressure at corners, but the Alex back four dug in at times to make sure we didn't concede on the night.

Crewe did force goalkeeper Stuart Moore into two decent saves in the first half and George Cooper and substitute Tom Lowery had chances to win the game in the second period but they put their shots the wrong side of the post.

It was another useful run-out for the Alex players with the majority gaining 90 minutes of game time.

As part of the club’s pre-season preparations for the new season, David Artell named a strong starting line-up for the trip to Barrow this evening. Four out of the five summer signings, Brad Walker, Michael Raynes, Eddie Nolan and Chris Porter all started at Holker Street. Chris Dagnall captained the Alex.

Barrow had the former Crewe Alexandra defender Thierry Audel in their starting line-up.

George Cooper registered the first effort on target with a well struck free-kick in the opening few minutes. The forward whipped his shot over the wall and it needed a smart tip over from the Barrow goalkeeper Stuart Moore to send it over the crossbar. Nothing was so forthcoming from the first corner of the night.

The early tempo of the game was affected by a succession of fouls for both sides. Chris Dagnall was prevented from having a clear run through on goal by the covering Audel before Barrow’s towering defender Moussa Diarra won a header at a corner, but his effort bounced gratefully into the gloves of Ben Garratt with Harry Panayiotou edging towards applying a decisive touch.

Porter produced a splendid pass into his strike partner Dagnall but the ball seemed to get a little stuck in his feet and it just gave the Barrow defenders the chance to steal possession from him from inside the penalty area.

Barrow’s height made them a nuisance at set-plays and after another corner from Alex-Ray Harvey, Liam Hughes rose highest to head onto the top of the netting. Garratt was fairly confident that it was going over.

Shortly afterwards, defender Eddie Nolan forced a save from Moore after the ball dropped invitingly into his path after Porter had kept the ball alive inside the box. Nolan kept his shot low and it needed a touch from the diving Moore to divert it behind.

An unnecessary challenge from Bedsente Gomis saw him catch Cooper and that resulted in a yellow card for the Barrow midfielder before the half time interval.

Barrow made a positive start to the second half with substitute Brad Bauress nearly picking out Richie Bennett with an excellent left wing cross. It was just beyond the incoming forward.

Moments later, one of Barrow’s trialists should really have done better at the far post after a corner had found him at the far post. Another of their try-outs tried his luck from 25 yards out but it was dealt with effectively by the well placed Garratt. Bennett also agonisingly shot over as the home side tried to break the deadlock.

To freshen things up from a Crewe perspective, Artell introduced Kirk and Lowery for Ainley and Dagnall.

Crewe's best chance of the second period arrived with just over 15 minutes remaining. Crewe stole possession in a dangerous area and Porter had the awareness to roll the ball into the path of Cooper but he couldn’t get his shot on target to draw a save from Moore. Following a corner, Ng did get a shot on target but Moore was well placed to make the save at his near post.

Crewe began to create some better openings and after forceful run from Kirk down the left wing, his accurate pull back should have been dispatched by fellow sub Lowery but unlike him he placed his firm shot the wrong side of the post. It was our best chance of the match.