Dave Artell & his troops will be hoping the turn of the year brings an upturn in fortunes after a underwhelming start to the 2017/18 campaign.

Included in that came a 1-0 defeat to the Mariners at Blundell Park in September, but there are fonder memories of the last meeting in Crewe - a 5-0 victory in February.

Grimsby had won three on the bounce before Christmas, but they've drawn two & lost two over the Christmas period, including a 3-0 defeat to Accrington on Saturday.

With both teams playing just 48 hours after their previous fixtures, the match could be a test of stamina & endeavour to get the result. 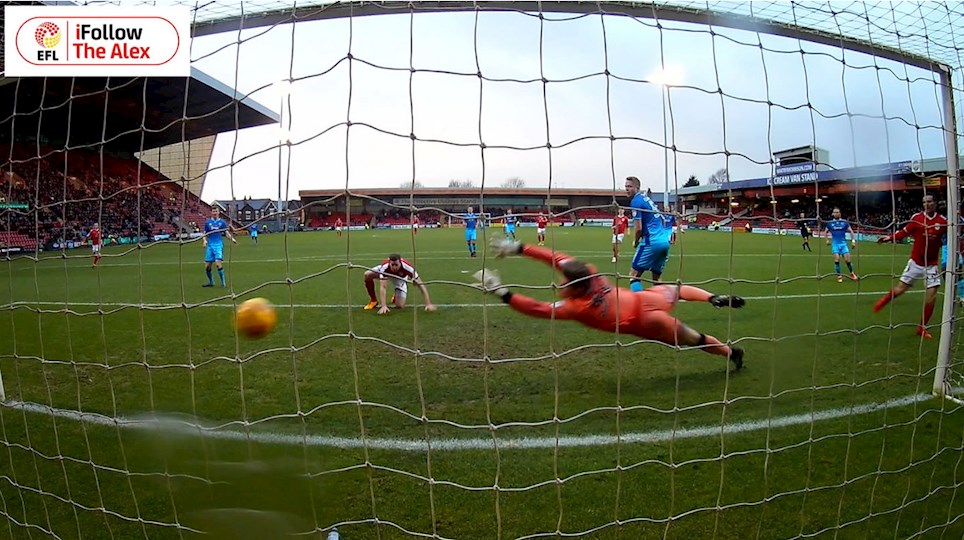 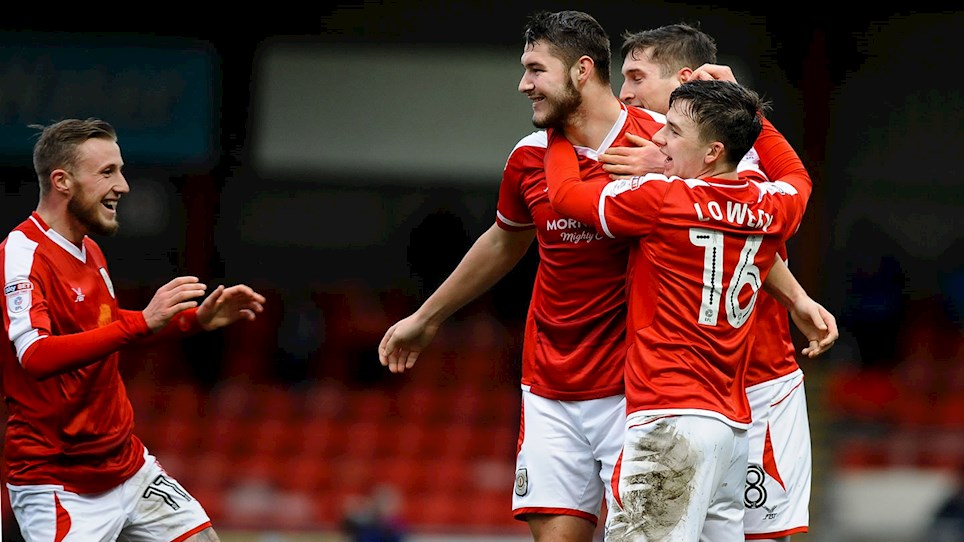 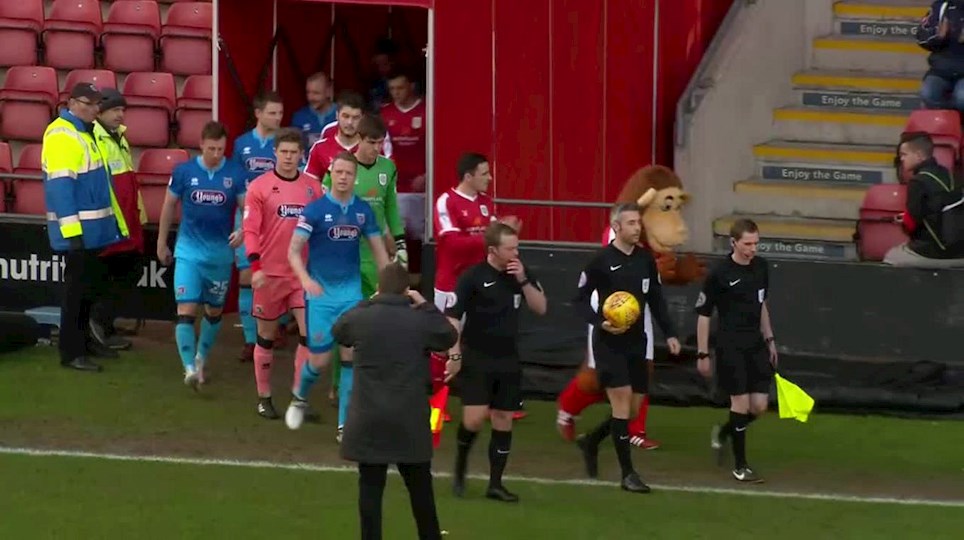 Crewe Alexandra started 2018 with a comfortable and deserved home won over Grimsby Town.  An 11th goal of the season from Chris Porter and a wonderfully struck volley from Brad Walker put Crewe firmly in the driving seat in the first half. Crewe contained the visitors in the second half with Ben Garratt not called into action on to many occasions.

George Cooper hit the crossbar with a terrific effort early on in the second half and Chris Dagnall shot over as Crewe recorded nine points from their five festive fixtures.

For the visit of the Mariners, Crewe Alexandra manager David Artell made five changes to the side that lost 3-1 at Cambridge United on Saturday.

Artell altered his team for the first game of 2018, with Tom Lowery, Perry Ng, Brad Walker, George Cooper and Chris Porter all returning to the starting XI. Going out of the side for the visit of Russell Slade’s Grimsby Town were Harry Pickering, Sam Stubbs, Charlie Kirk and Jordan Bowery, who all started on the substitutes’ bench. Defender Eddie Nolan was ruled out with calf injury after coming off at half-time at Cambridge.

There wasn’t much between the two sides in the opening exchanges before Grimsby conjured up their best chance of the first half after six minutes. Crewe had goalkeeper Ben Garratt to thank for denying winger Diallang Jaiyesimi from close range after he had connected with a deep far post cross.  It was a smart save from Garratt.

Crewe soon settled into their stride though and after some encouraging build-up play involving Cooper and Ng allowed Conor Grant to skip past a challenge but the on-loan Evertonian couldn’t keep his shot down enough to test Ben Killip in the Grimsby goal.

It was a fairly competitive affair with Ng booked for a foul on the impressive Jaiyesimi and Martin Woolford likewise for pulling Ng’s shirt as he tried to get away.

Crewe’s pressure finally resulted in the first goal after 12 minutes. Ainley, who was seeing more of the ball, waited for the overlapping Zoumana Bakayogo and his low cross was initially missed by Dagnall but gratefully tapped home by Porter. It was a wonderful passage of play that saw Crewe open up the Marniers down their right hand side.

Raynes was involved in most things going into our box and he made a super last ditch tackle to stop the danger of Jaiyesimi.

Bakayogo was enjoying the freedom of the park down the left flank and after Ainley had slipped in behind again, he dragged his shot wide of the target. Porter also headed at Killip. It was encouraging stuff.

On 28 minutes, Ng found Cooper with an excellent pass across the box and a determined Cooper went for the jugular and his fierce shot was pushed behind for a corner.

A couple of minutes later, a second phase from a corner, saw Cooper whip over a lively cross and Porter was a bit unfortunate to poke his effort agonizingly wide of the post. It was another chance to double our lead.

Garratt was fairly quiet but he confidently saved from Sikiri Dembele and kept his eye on a dropping cross that could have caused him some problems in the weather conditions.

Crewe deservedly doubled their advantage on 34 minutes after Ng had been fouled for Woolford’s booking. Cooper delivered again into a crowded box and after Killip had left his line to punch, it dropped perfectly for Walker to stunningly volley back into an unguarded net. It was fantastic technique from the recalled Walker to register his second goal for the club.

Raynes made another sturdy challenge to deny Dembele before Nathan Clarke did likewise to deny Ainley from close range following a teasing pass from Ng.

Crewe had to survive a late scare after Garratt was penalised for picking up a back pass from Raynes. It was harsh as Raynes had slid to make a tackle rather than obviously playing it back to his goalkeeper. Crewe lined-up on the goalline but Ben Davies whacked his effort way over the crossbar and we went in 2-0 ahead.

Grimsby boss Russell Slade made a change tactically at the interval with Jamille Matt replacing Jaiyesimi. The Mariners were going more direct to use the wind in their favour.

Crewe so nearly killed the game off totally with a fantastic effort from Cooper. He hit the crossbar with a brilliant effort after being set-up by Dagnall.

Grimsby’s James Berrett was booked for a foul on Ainley and his team-mate Paul Dixon was fortunate not to join him after a melee between the players after they blasted the ball off the grounded Crewe player!

Porter nearly reached a ball from his strike partner Dagnall and then Dagnall couldn’t quite keep his shot down after Walker had headed down for Porter to tee the captain up.

Crewe were comfortable in their defending but Walker did slice one behind his own goal. Dembele also needed to only apply a touch after a long ball into our box.

Luke Summerfield had their best effort with a 25 yarder that grazed the side netting.

With Crewe looking to kill the game off completely, Raynes headed Ainley corner straight at Killip.

Crewe did a fantastic containing job on the opposition and made it extremely difficult for them to get in behind at all. There were a few flashes across out box but noting major to worry Garratt.

Bowery replaced Porter in the closing stages and he worked his socks off to push the Mariners further back. It was a fine performance to start the New Year.

Crewe Alexandra take on Grimsby Town at The Alexandra Stadium on New Years' Day looking to get 2018 off to a bang.

The Alex had mixed results over Christmas, winning 2-0 at Chesterfield on Boxing Day before going down 3-1 at Cambridge on Saturday.

It's a return to Gresty Road for New Year's Day football, with the Mariners in town - Crewe looking to avenge a 1-0 defeat at Blundell Park earlier in the season.

The ticket office and phone lines are open from 9am on Monday 1 January, so arrive early to avoid the queues and enjoy some New Year action