The Alex are desperate to get back to winning ways after last tasting defeat on New Years' Day by a 2-0 margin at home to Grimsby.

On the flip-side, the Glovers have turned their season around in recent weeks. Despite losing in the FA Cup Fourth Round, they enjoyed their occassion with Manchester United, & that outing has inspired the team to go on a run of three striaght victories in league & cup, including 3-0 & 2-0 successes over Grimsby & Cambridge.

Yeovil come to Gresty Road in confident mood & it's down to Dave Artell & his charges to go on the front foot to in a bid to claim all three points. 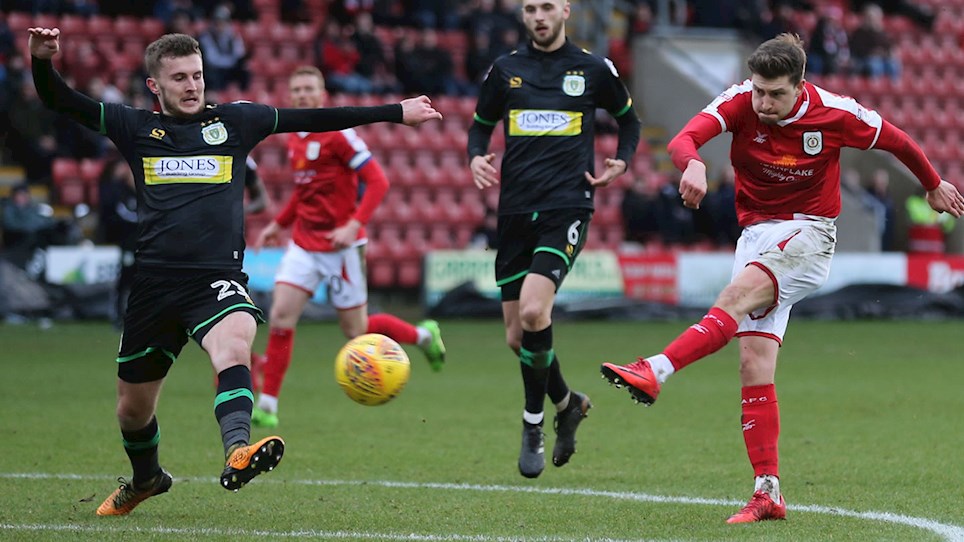 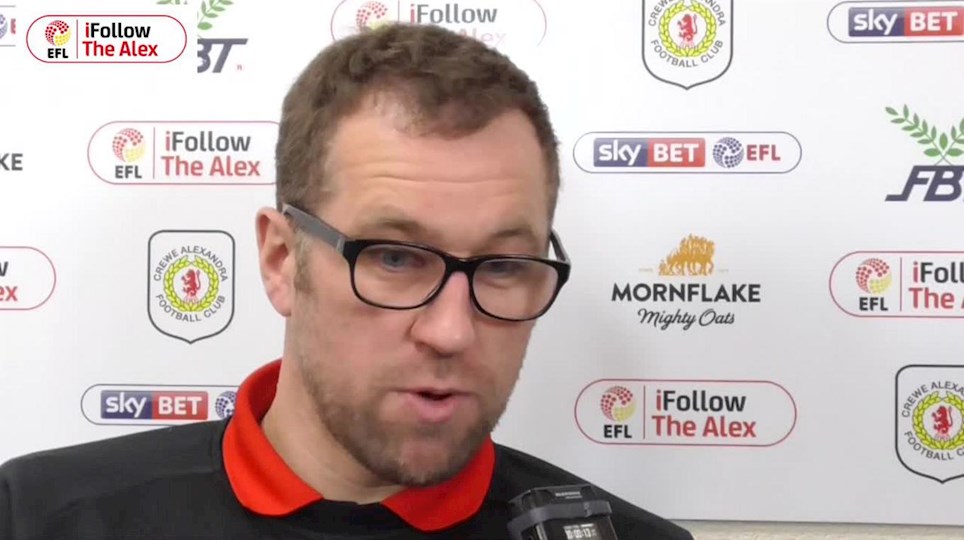 Crewe Alexandra’s run of four successive defeats came to an end this afternoon - but the Railwaymen will be frustrated that it was one point rather than three after we dominated much of the first half.

It was Crewe’s first draw since Newport County at home way back in August and leaves us three points ahead of Chesterfield. Crewe had the better of the opportunities in the first half with Callum Ainley and Zoumana Bakayogo both coming close with Artur Krysiak’s making two decent saves.

Harry Pickering also went close with a free kick that struck the Yeovil crossbar early in the second half but we couldn’t find that goal that would have given us a precious three points against a fellow struggler.

Yeovil’s best chance fell to the former Crewe loanee Ryan Seager but he dragged his low shot wide in the first period.

David Artell recalled defenders Perry Ng and Zoumana Bakayogo to the starting line-up for the visit of Darren Way’s Yeovil Town. Both players were returning from suspension. In a change around at the back, Michael Raynes and Brad Walker dropped out of the starting XI.

With Zoumana Bakayogo returning at left-back, Harry Pickering showed his versatility once again by moving into central midfield alongside the experienced Paul Green. Tom Lowery also dropped to the substitutes’ bench, with Charlie Kirk returning to the starting line-up in a 4-4-2 formation.

Paul Green captained the club for the first time. The former Crewe loanee Ryan Seager started for Yeovil after joining his hometown club on loan from Southampton.

Crewe Alexandra set a good early tempo and quickly got on the front foot. Pickering had an early shot deflected behind for a corner early on and an encouraging passing move involving Kirk and Ainley won another corner after we switched from one side of the pitch to the other.

Yeovil’s first counter attack saw Seager crowded out by the covering Bakayogo before the impressive Lewis Wing thumped one wide from 25 yards out. The Yeovil winger Jordan Green was also a threat with his trickery in and around our box, but Crewe dominated much of the possession in the first half.

Shaun Miller was always eager to run in behind and Bowery was winning his personal physical battle with the towering defender Omar Sowunmi. On 25 minutes, a fantastic ball from Bakayogo found Bowery in space in the corner of the box, but after setting himself well, his powerful drive was blocked and spun away for a corner.

From the resultant corner, Ainley’s delivery was met by Ng but his header looped up and was collected by Artur Krysiak in the Yeovil goal.

More great football from Crewe then saw us keep possession well and transfer the ball from the right to the left hand side. Kirk slipped Ainley in behind inside the box but the Yeovil keeper denied him and the ball was just about smuggled it away from danger. It was good stuff from the Railwaymen.

Minutes later, another fluent move from the Alex saw Miller and Kirk involved and the impressive Pickering slipped the left-back Bakayogo in and his powerful drive was well saved by Krysiak. The Yeovil stopper did well to hold onto it as well with Miller waiting to pounce.

Pickering’s through ball then nearly released Kirk on goal but the Yeovil goalkeeper read the situation well to rush from his goal and clear up the pitch.

For all Crewe’s domination we couldn’t find a goal in the first half. Bakayogo fired over from a good position before we could have been awarded a penalty when Sowunmi certainly prevented a cross from Green from reaching a Crewe shirt in the box. The Crewe players strongly protested but the referee waved the appeals away.

Pickering’s wicked corners were causing Krysiak all sorts of problems before Yeovil conjured up their best chance of the half in the 39th minute. Wing powerfully broke from midfield and after colliding with Nolan, the ball broke invitingly through to Seager via the boot of Ng. The on-loan Seager had a clear sight of Ben Garratt’s goal but fired across goal and wide.

Yeovil lost defender Nathan Smith through injury and he had to be replaced at half-time by Ryan Dickson.

In the opening minutes of the second half, Miller won a free-kick and Pickering’s excellent effort hit the crossbar. As the ball bounced around in the box, Krysiak suffered an injury and had to be replaced by substitute goalkeeper Jonny Maddison.

An early chance fell to Miller but after he had tricked his way into space on the edge of the penalty area, he couldn’t keep his shot down enough to trouble the Yeovil replacement.

On 59 minutes, Yeovil conjured up a decent chance after winger Green fed Francois Zoko in behind and the visitors’ skipper pulled his shot inches wide of the far post. It was close.

Crewe boss David Artell made his first change with Kirk replaced by McKirdy. His first involvement saw him find Ainley and his low cross was pushed out by Maddison and Yeovil cleared the danger.

Yeovil made a change with Sam Surridge replacing the hard working Seager. Surridge did have the ball in the net but was ruled out for offside.

The visitors were beginning to have more of the ball and Crewe had to keep the back door closed. Lewis Wing volleyed over after a long throw was cleared out to him.

On 77 minutes, a great move involving Ainley saw him slip Green in behind and his low cross was tempting across the box but no-one was there for a tap-in.

Crewe’s back four were standing firm with Nolan excellent. Yeovil finished strongly but neither side had the opportunity to nick all the points.

Crewe Alexandra return to the Alexandra Stadium this weekend needing to get back to winning ways. Notts County inflicted a fourth successive defeat on the Railwaymen on Saturday and Crewe will be aiming to take some points off one of the teams down there with us.