Crewe Alexandra and Crawley Town meet in a pre-Christmas crunch clash at Gresty Road, with both sides desperate for the points in a bid to move away from the EFL trap-door.

With just this game and then Swindon at home next week to go until the half-way stage of the season, results are needed for The Alex to mount a challenge on moving up the league table.

Crawley won 2-0 at The Alexandra Stadium last season, but Dave Artell took his side to the Broadfield Stadium in March and won 3-0, James Jones, Chris Dagnall & Jordan Bowery on target.

The Alex currently sit 22nd in League Two, out of the relegation zone on goal difference, with Crawley four points better off in 17th. 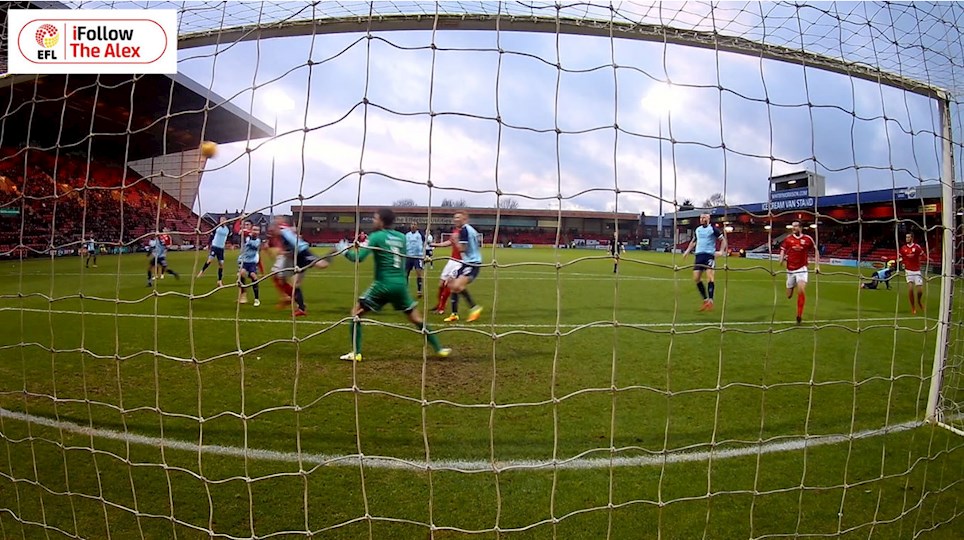 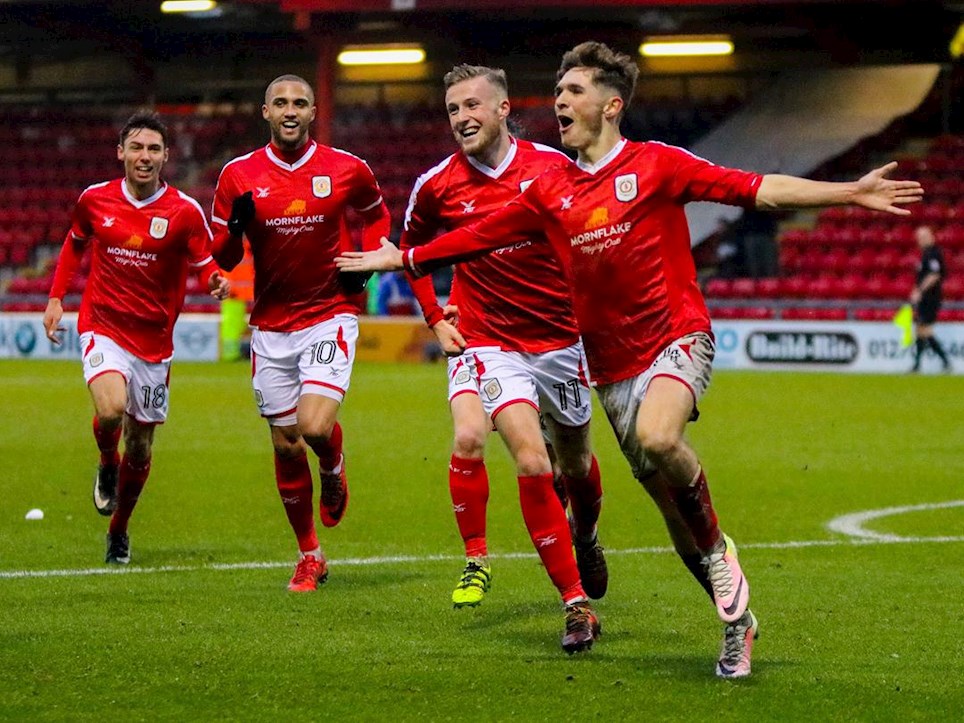 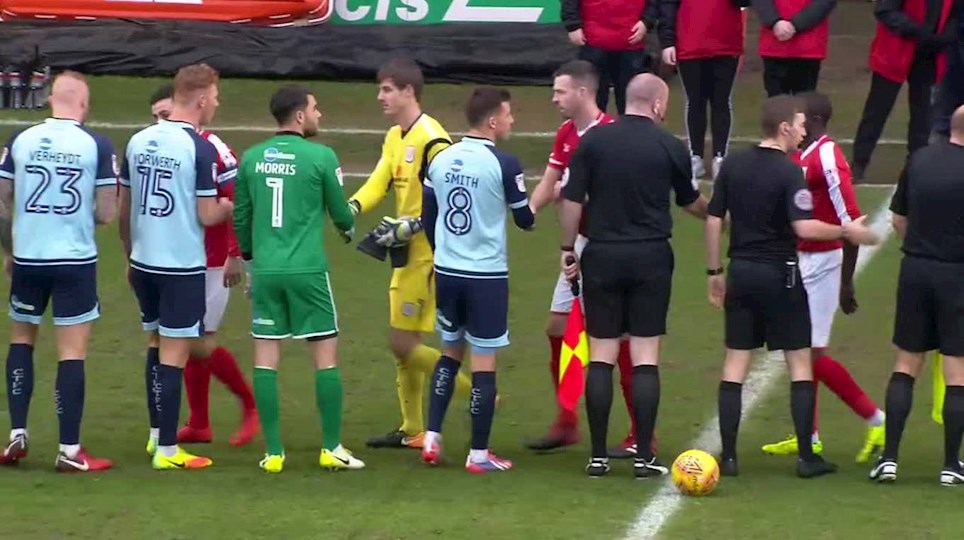 Crewe Alexandra started their Christmas period with an emphatic 3-0 win over Crawley Town thanks to two goals from captain Chris Dagnall and a wonder strike from man-of-the-match Callum Ainley.

Harry Kewell’s side finished the game with nine men after they had their own captain Jimmy Smith and Jordan Roberts sent-off in the second half. Those dismissals should not disguise the fact that Crewe Alexandra were far superior on the day.

The visitors’ poor discipline handed Crewe the ultimate control in the second half and it was our most comfortable win of the season. It ended a run of four games without a win in all competitions.

Crewe Alexandra boss David Artell made one change from the starting line-up that lost narrowly to Blackburn Rovers in the FA Cup on Wednesday evening.

Jordan Bowery returned to the starting XI in place of Chris Porter up front. Youngsters’ Harry Pickering and Tom Lowery once again started in central midfield.

There was not much between the two sides in the early exchanges with genuine chances few and far between.  George Cooper and Callum Ainley were inventive for Crewe Alexandra though and we did look the more likely side to score the opening goal.

Crawley winger Jordan Roberts slowly got into the game for the visitors and his early cut back for Josh Payne allowed him to get a shot off. It took a wicked deflection off Michael Raynes and up and over a scrambling Ben Garratt. The Crewe goalkeeper was relieved to see it hit the crossbar and rebound to safety.

A fine passage of play from Crewe saw us break with real purpose. Lowery and Cooper combined to find Dagnall on the left hand side and his cross picked out Bowery at the far post but the forward side footed into the side netting from an acute angle. Bowery also drilled a low shot wide of the target as David Artell’s side aimed to take the lead.

The robust Thomas Verheydt unleashed an ambitious effort from distance and it bounced awkwardly in front of Garratt but he was well positioned to let it hit him.

Cooper did likewise for Crewe after his own free-kick had come back to him. Glenn Morris in the Crawley goal was well placed to make the save.

Defender Josh Yorwerth was cautioned for kicking the ball away in frustration as Cooper tried to get Crewe going again from a quick throw in.

On 30 minutes, Crewe were unfortunate not to take the lead. Lowery’s curling shot took a deflection on its way into the six yard box and Morris had to readjust to make a smart save. The Crawley goalkeeper seemed to stick out a leg to keep it out and it hit the onrushing Dagnall before bouncing just wide.

Five minutes later, Crawley were fortunate to remain with 11 men on the pitch. Defender Cedric Evina under hit a really poor back pass and that allowed Ainley to pounce and as he nipped it past the onrushing goalkeeper, his rash challenge sent Ainley sprawling into the air. The majority of the crowd expected a red card for a professional foul. Morris received a yellow.

Crewe only had a free-kick and Nolan flashed a volley over the crossbar.

Roberts, who was Crawley’s most potent player in the first half then created half a chance for Smith but he drilled his shot just wide of Garratt’s right hand post.

The breakthrough finally came five minutes before the half-time whistle and it was well worth the wait. Cooper sent over a superb searching ball out wide to Ainley and after he cut in back from his by-line he bend a wonderful shot into the opposite corner. It was a fantastic goal from the Crewe youngster.

It was no more than Crewe deserved and it would get even better in first half stoppage time. Roberts was late on Lowery to concede a free-kick and Cooper whipped one in to the near post for his captain to steal ahead of his marker and direct his header past Morris.

Ibrahim Meite replaced Enzio Boldewijn at the half time interval and Crewe with a 2-0 advantage just had to keep imposing their passing game on the opposition. Perry Ng was booked for catching Verheydt before Roberts fired a shot off Raynes for a Crawley corner. Nolan did well to clear the flick on from the line.

Lewis Young also sent over a low cross across the box that only needed a tap in from Meite but he didn’t connect and Crewe got away with it.

Crawley continued to be physical in their approach and Evina was booked for a foul on Cooper before Smith was sent off for leading with his arm into the face of Lowery. The referee had no hesitation in showing the red card on this occasion and now Crawley faced a massive hurdle with ten men.

Eddie Nolan just couldn’t get anything on a another splendid cross from Cooper and he delightfully chipped one into Dagnall inside the box and the striker used his body well, to spin and force a save from Morris.

Dagnall also created half a chance for the supportive Lowery but his shot was blocked for a corner. Morris also did well to stop a low cross from Cooper from reaching Bowery for a simple tap-in.

Crawley continued to try and claw their way back into the game and a shot from substitute Moussa Sanoh struck the Crewe crossbar on its way out for a throw-in. It was a wonderful effort that had Garratt beaten.

Crewe lost Pickering through injury after he hit the advertising board at pace and he had to be replaced by Grant.

Crawley’s second red card saw a frustrated Roberts catch Ainley for a second bookable offence. He had been smarting for a while and it was no real surprise that he eventually saw red.

With Crawley down to 9 men, Ainley was replaced by Walker and Crewe played keep ball with the opposition. The game management saw Crewe firmly in command and a good, all-round performance was rounded off with Dagnall’s late goal for 3-0.

In injury time, the Alex broke away  and after Bowery slipped Grant in, his shot was saved by Morris but there was Dagnall to tap in an empty net.