Unable to make derby day at Vale Park? The Alex have you covered…

The Alex travel to Vale for the first away game of 2017/18 after starting the campaign with three home games.

It's the first visit to our near neighbours since the dark day under Steve Davis in April 2016, when a 3-0 Valiants win confirmed Crewe's relegation from League One.

But Dave Artell is determined to write the wrongs of that day & should have his troops fired up for the first derby day under his regime. 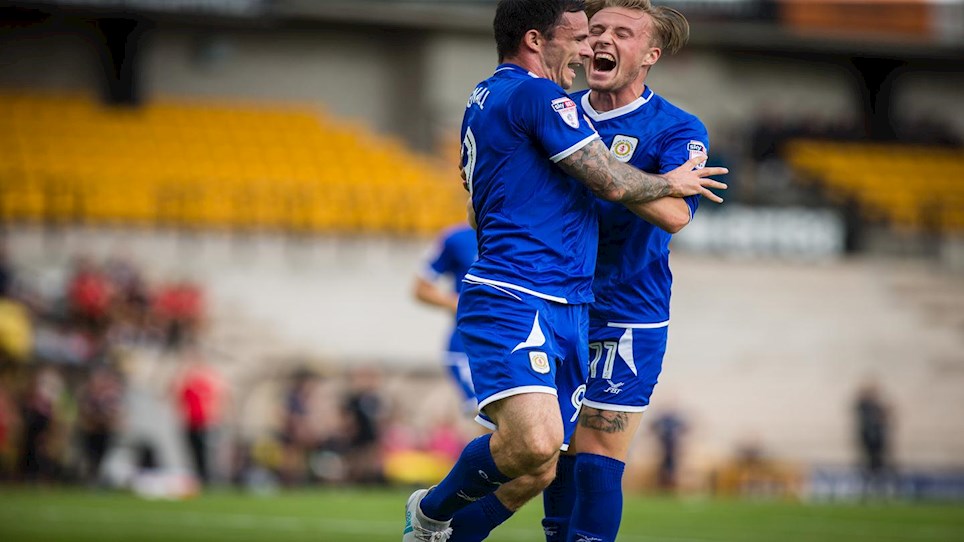 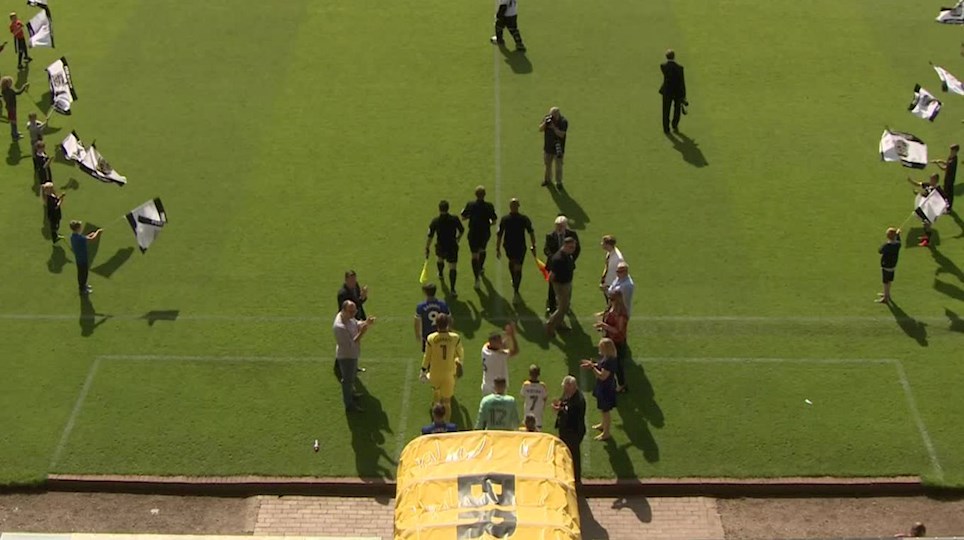 Chris Dagnall was the derby day hero as his winning header on the half-an-hour mark gave Crewe Alexandra the local bragging rights. Dagnall stole in to head home a splendid delivery from George Cooper and give the Railwaymen the platform to win our first away game of the season.

Port Vale’s task was made even harder when Michael Tonge was shown a straight red card barely five minutes after the opening goal after he caught Cooper with a high challenge in the centre of the pitch.

Crewe had chances to put the game to bed with Port Vale’s goalkeeper Sam Hornby’s saving smartly to deny Chris Porter and Ryan Wintle, but the Valiants also went close with our former striker Tom Pope heading against the underside of the crossbar in the second half.

Centre-half Michal Raynes was ruled out of the first local derby of the season after failing to overcome a slight ankle injury. Raynes sustained the injury in training and he faced a race against time to be fit.

His place was taken by Perry Ng in a back three. Ng returned from his one-match suspension following the first red card of his career against Newport County.

Following their productive impact as substitutes’ last week against Barnet, Zoumana Bakayogo and Callum Ainley both started at Vale Park this afternoon in the wing-back roles. Jordan Bowery and Harry Pickering dropped down to the substitutes’ bench as David Artell altered his starting line-up.

Crewe nearly opened the scoring in the first minute of the game after Chris Dagnall cleverly exposed the Port Vale offside trap. Dagnall raced ahead of Nathan Smith and held up play for the supportive George Cooper on the edge of the box. His initial shot was blocked, but it spun invitingly into the path of the advanced Bakayogo and he was a little unfortunate to see his rising shot clip the crossbar.

Port Vale’s first real effort arrived in the 5th minute but their new signing David Worrall couldn’t quite bring his shot in enough to test Ben Garratt for the first time.

After Cooper was fouled close to the half-way line, a well worked free-kick allowed Brad Walker to bring the ball forward and he clipped an inch perfect ball onto the header of Chris Porter, but on this occasion the experienced forward couldn’t direct it goalwards to draw a save from Sam Hornby.

The first yellow card arrived inside ten minutes and was shown to Marcus Harness after he caught Walker as he cleared up field.

Crewe continued to keep possession well and expose Port Vale’s rather high-line. Dagnall was a willing runner, usually down the right hand side and Bakayogo got forward at any given opportunity. As expected the home side’s best form of attack was to deliver crosses whenever they could with our former forward Pope the usual target.

A free-kick in a good position for the experienced Michael Tonge rather tamely hit the Crewe wall but after those two good early chances for Crewe, the home side were enjoying some concentrated pressure.

Crewe stood firm at the back with Walker, Nolan and Ng protecting Garratt and that gave us the platform to take the lead on the half an hour mark. Cooper was the architect again. The talented forward got on the ball and produced a perfect cross in behind for Dagnall to steal in and nod us in front. It was another cross of quality from Cooper and Dagnall has devised a career of scoring goals just like that. It was Dagnall’s second goal of the season following his previous goal against Newport County.

Four minutes later, the home side were reduced to ten men with Tonge shown a straight red card. The experienced midfielder lost control of the ball and in doing so, the nimble Cooper nipped in to take the ball and Tonge caught unaware of where Cooper was on his blind side caught him in the shin with his studs. Tonge had tried to rectify his error and in doing so had caught Cooper. Referee Darren Handley was well positioned and quickly showed him the red card. After treatment, Cooper was able to continue and he shot narrowly wide soon after.

Before the half time interval, Cooper again turned provider, this time to the far post and Porter, but he couldn’t quite direct his header on target. Vale did likewise, with Pope heading into side netting after Worrall had dug out a cross from the left hand side.

The second half started with Crewe on the front foot and Vale goalkeeper Hornby did well to hold onto a low drive from Tom Lowery.

Port Vale, who made a change at the break with Rekeil Pyke coming on for Stobbs to offer some support for Pope were also presented with an early chance after Ng gave away a free kick. Worrall shot wastefully over the crossbar instead of perhaps looking for Pope.

With the home side having a real go, Pope headed against the underside of the crossbar and in the follow up, Walker did superbly to head Harness’ effort off the line. Crewe survived as Worrall headed the next one wide. The near miss for Crewe certainly raised the temperature inside Vale Park. Garratt was well placed to save a straight header from the energetic Pyke, but he could only watch as the substitute’s next effort from a Pope flick on, went just wide.

Crewe had to really dig in and weather an early storm from the spirited Valiants.

A teasing free-kick from Cooper evaded everyone and was collected by Hornby. A touch on it would have made it extremely awkward for the Port Vale stopper.

More good play from Crewe on 67 minutes saw Lowery and Dagnall combine down the left hand side and although Dagnall couldn’t find enough space to get a shot off, the supportive Wintle did from almost 25 yards out and Hornby did well to push it behind for a corner.

With 20 minutes remaining Port Vale made their second change with Cristian Montano replacing the hard working Harness. Moments later, Wintle delivered a perfect cross to find Porter and his header was pushed away superbly by Hornby. Although we had the extra man, the game was evenly poised as we entered the final stages.

Nolan was booked for a block on Worrall but again Crewe cleared the danger with some real assurance. Montano tried his luck from distance but Garratt was again right behind it.

Crewe needed to keep the ball more wisely in the closing stages but defensively we remained solid to restrict the opposition to having any clear cut opportunities. Wintle did well late on to head a dangerous cross from Pope away from danger. In stoppage time, Cooper made way for Bowery to add some extra height.

It was a typical tight derby that had been won by a moment of quality from Cooper and the penalty box awareness of Daggers.

Crewe Alexandra has sold out it's allocation of ADULT tickets for tomorrow's derby at Port Vale, but supporters can still purchase adult tickets on the day at Vale Park.

Official Coach Travel to the game has also SOLD OUT. Alternative means of transport to Vale Park can be found on our Fans Away Guide, click here.