Crewe Alex take on Morecambe with both sides all-but-safe in League Two.

Both sides have flirted with the relegation zone this season, but improved form in 2018 has made breathing a little easier in the final weeks of the campaign.

The Alex recorded an oh-so important win over the Shrimps in the reverse fixture in November, Perry Ng's late blockbuster sealing a 1-0 victory.

Last Saturday's defeat to Luton aside, Crewe have been in decent form of late, and scored a 93rd minute equaliser against Port Vale in the last match at Gresty Road.

Crewe have only five draws to their name all season, the lowest in the division, so it certainly does shape up to be an interesting afternoon. 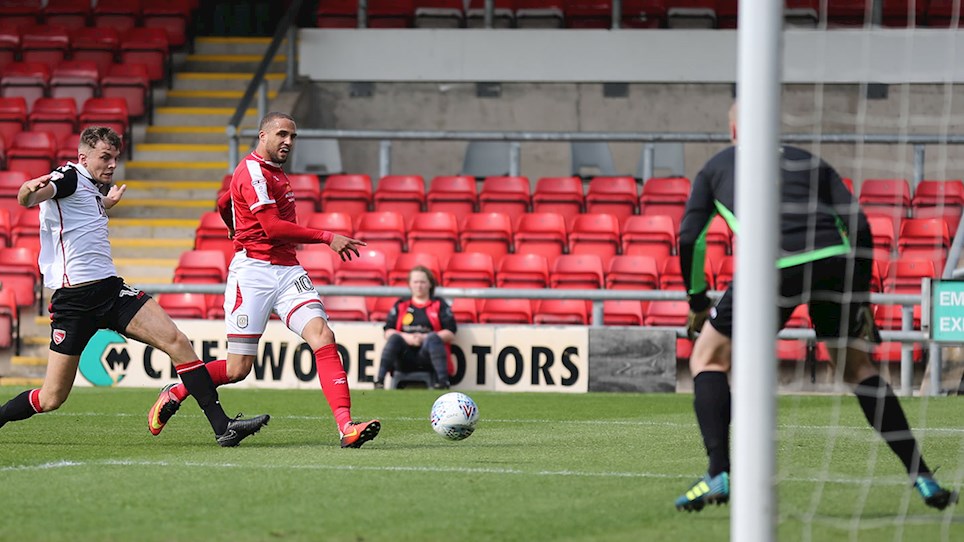 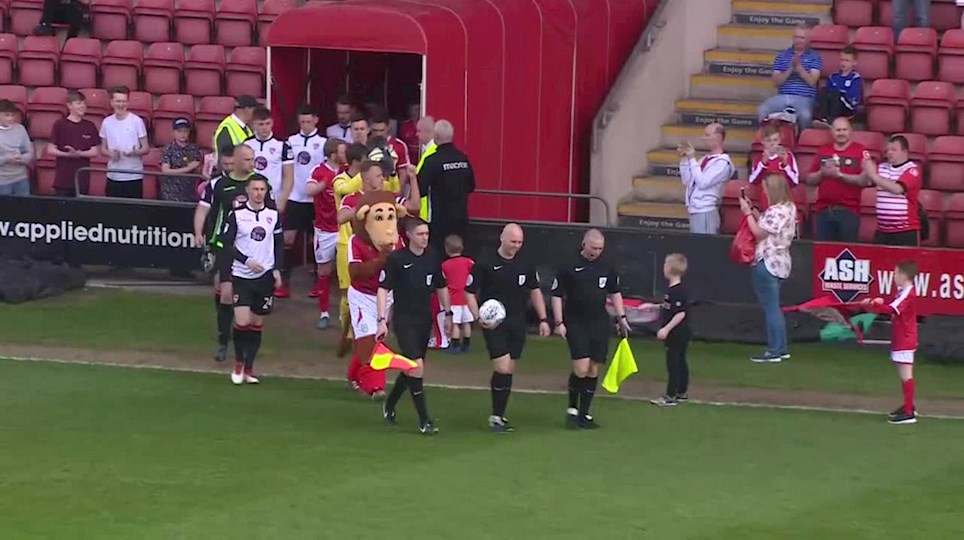 A late strike from substitute Shaun Miller gave Crewe Alexandra all three points against a stubborn Morecambe side this afternoon. The 1-0 win takes Crewe to 50 points with two games to play.

Miller produced a real poachers finish following a 88th minute corner to shade a game where neither side really did enough to warrant a win. Miller tucked home into the roof the net after Eddie Nolan had kept the ball alive and fellow substitute Chris Dagnall made a nuisance of himself up against goalkeeper Barry Roche.

In a game of few chances, the Crewe goalkeeper Garratt produced a fine save in the first-half to keep out a well stuck free-kick from the Morecambe captain Michael Rose.

Callum Ainley returned to the starting line-up for the visit of Morecambe this afternoon. He took the place of midfielder James Jones, who was not named in the 18-man squad following a slight hamstring injury in training.

Chris Porter returned to the starting XI ahead of Shaun Miller, who dropped to the bench. Porter partnered Jordan Bowery in attack as the two strikers chased the leading scorer award at the club.

A powerful run from Bowery in the opening minutes so nearly resulted in the opening goal. The Crewe forward showed great pace to get into a shooting position at an angle, but his firm shot was blocked by the rushing Barry Roche in the Morecambe goal.

Following that early scare and to their great credit, Jim Bentley’s side began to take control of the game for a good period of time.

A low cross from Luke Conlan just evaded Adam McGurk as it flashed across the six-yard box. Moments later another low cross this time from Garry Thompson just missed the sliding Callum Lang at the far post.

It would prove to be Thompson’s last contribution as he was sadly stretched off with what appeared a serious injury. The fans from both sides were warm with their applause and Crewe boss David Artell took time out to check on the experienced professional. Gregg Wylde replaced him.

Ainley looked the most likely Crewe player to create something up against full-back Alex Kenyon and Bowery worked tirelessly to discover some openings in and around the Morecambe penalty area. It was just breaking down at crucial times for the Alex as Morecambe continued to defend in numbers.

Morecambe continued to press Crewe back with their best spell of the game. Their best opportunity arrived via a free-kick after Green was penalised for a trip close to the penalty area. Captain Michael Rose drove a fantastic free-kick through the Crewe wall and Garratt must have seen it late but he judged it perfectly to push it behind. It was a fine save to keep us level.

McGurk was booked for a high challenge on Ng in the corner before Crewe began to impose themselves more in the contest. On 33 minutes, good work from Kirk found Bowery inside the box and he showed great feet to leave two defenders out of the equation but he side-footed his shot too tamely to really trouble Roche.

Following a deliberate handball, a wicked free-kick from Ng found the advanced Ray but his firm header was straight at Roche.

Crewe continued to press forward looking to find that opening goal before half time. Green was denied by the studs of Roche as he threatened to reach a flick on from Porter and then the experienced midfielder broke into the box but couldn’t quite keep his header down after being picked out by Ng. The full-back had cut in from the by-line by cleverly using a clever run from Kirk as a decoy. In fairness, Ng’s powerful cross was traveling some and Green did well to get anything on it.

In the final minute of a fairly even first half, Crewe were presented with a half chance with two deft touches from Bowery and Ainley nearly saw the ball run through to Porter, but Roche had read the danger and was quick off his line again to smother any threat.

The second half started with Crewe having two decent efforts from Bowery and Green blocked. At the other end, the lively Morecambe sub Wylde whipped one a couple of yards wide of the far post.

Garratt was then quick off his line to deny Lang a clear run at his goal before some good approach play from Porter and Kirk created a opening for Pickering but his drive was blocked.

Morecambe went awfully close to taking the lead when a cross from Wylde just missed the flying Lang. He was inches away from applying a definite touch as it flashed across out box. Ng did superbly well to just about put him off.

Ainley had another shot blocked before Artell made a double substitution, introducing McKirdy and Miller for Kirk and Porter.

Morecambe also made a double change of their own with Ellison and Crewe old boy Oliver replacing McGurk and Lang. McGurk’s last effort saw him get the ball out of his feet and shoot straight at Garratt from 25 yards. Ellison, also had an effort blocked by the covering Eddie Nolan.

Crewe continued to huff and puff but our crosses were just a little over hit into Roche or that final pass was just lacking accuracy. To our credit though we kept going in a game of limited chances on either goal.

The last change saw Dagnall replace the sponsors man-of-the-match Bowery and Crewe’s determination to find a late winner finally paid off with two minutes to spare. A corner was kept alive by Irishman Nolan, Dagnall jumped with Roche to make things uncomfortable for the Morecambe goalkeeper and as the ball dropped down, you could only wish it was to Miller, and he calmly lifted it into the roof of the net for the fourth goal of his loan deal.

It means his former club, Morecambe, had nothing to show for their efforts on the day and they have slipped to third from bottom in the league table. Crewe move to 50 points with Crawley away and Cheltenham at home to play.

Crewe Alexandra welcome Morecambe to Gresty Road on Saturday for the penultimate home game of the 2017/18 season.

Both sides appear all-but-safe in League Two after an up and down season, with a good, pressure free, game of football expected.

Why not come to to the Alexandra Stadium and back the boys on match day?